Villagers have shared stories of the barmy diversions and roadworks that drive them around the bend. 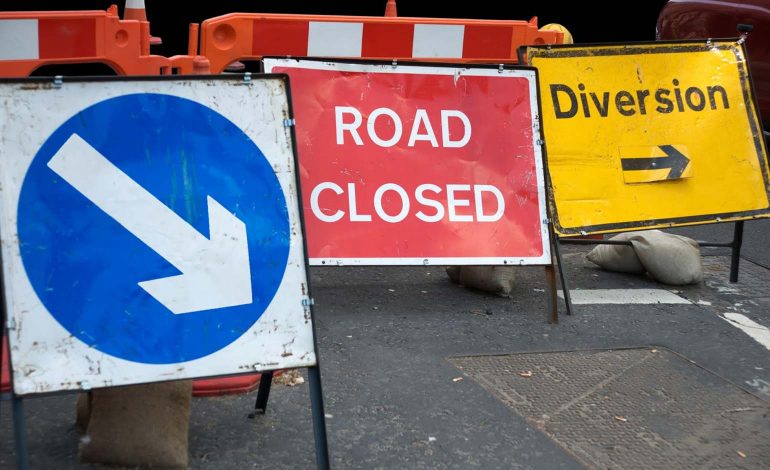 In one bizarre example, a 100-metre road closure sent motorists on a 15-mile detour.

In another, four different diversions converged on the same small roundabout.

Bath and North East Somerset Council’s highways chief Kelvin Packer said these unusual scenarios could be avoided in future by agreeing with residents on what routes work when diversions are necessary.

Speaking at last month’s Chew Valley Forum meeting, chair Chris Head said when there was a road closure in West Harptree, drivers were sent on a 14.9-mile detour through Bishop Sutton, Pensford and Chew Stoke to reach a spot 100 metres away.

He said in Dundry the temporary traffic lights were in place so long, residents held a birthday party for them.

And in a confusing case, Mr Head said four different diversions had converged on a single roundabout.

Mr Packer, B&NES Council’s group manager for highways, said that was “clearly an error” and one he hoped would never be repeated.

Hinton Blewett resident David Duckett asked why contractors do not work for as long as possible each day.

He said he had witnessed them finish at 3pm on a Friday and leave the traffic controls in place over the weekend, unnecessarily.

Mr Head added that it seemed like roadworks could be fast-tracked in Bath when the Christmas markets are looming, but “out here we have work that would take a day or two, but because it’s a bit more gentle and things can take a bit longer”.

“We changed our contractors at the beginning of April and are looking at the timing of roadworks.

“In 2020 we’re looking at introducing a permit to work system – there will be much tighter controls.”

Forum members lined up to share the worst examples of roadworks they had experienced.

Colin Moore said a “closure within a closure” in Upley had been “hell” for residents and sent drivers down “entirely unsuitable” roads.

Councillor Karen Warrington, who represents the Chew Valley on B&NES Council, said her lane was once blocked by a van that had to be winched out after it diverted down the “inappropriate” route.

Other irritants for forum members included traffic lights being left on when no work is happening, road signs staying in place after work has finished and unclear diversions, plus wider transport issues like speeding.

Tony Heaford claimed that roads in Publow and Pensford are “treated like Silverstone” and urged the council to lower the speed limit, adding: “Sooner or later there’s going to be a fatality down there.”

Mr Packer responded: “I could probably spend the entire council budget bringing down speed limits if I put through every request.”

He said his department receives 12,000 applications a year for roadworks, and most run smoothly.

Contractors are required to give the council at least eight weeks’ notice for planned works so it can coordinate different projects.

They should put information boards out two weeks in advance so people can see what is happening.

“There’s an opportunity for us to agree some standard routes – if we need to close a road, this is the route we will follow,” he said.

“We need to find a way of communicating better with the community.”