A bid to replace a closed Bath DIY store with nearly 300 retirement flats has been thrown out. 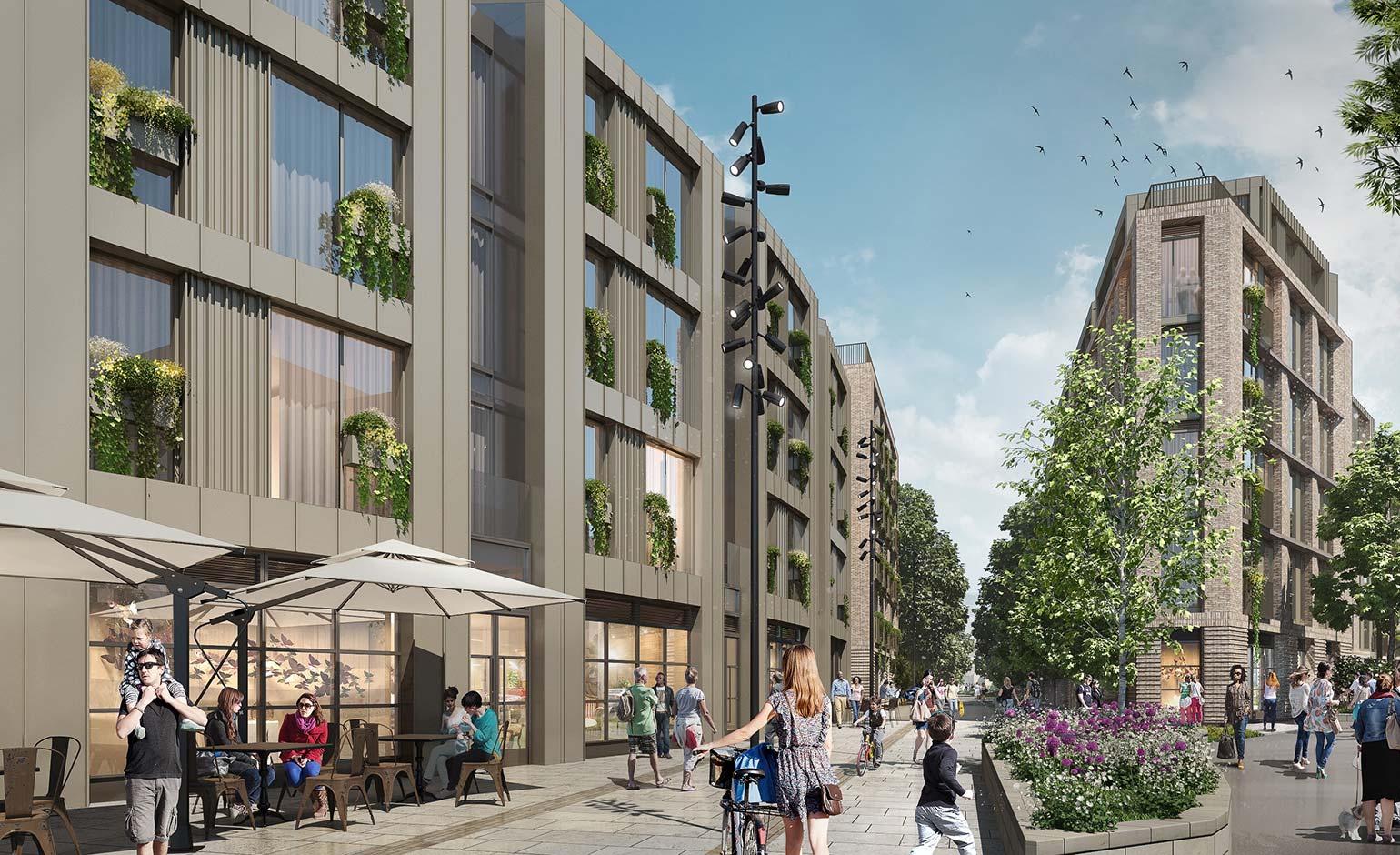 How the proposed site could have looked | Image © Guild Living

Councillors bemoaned the loss of 82 affordable homes at the former Homebase site in Pines Way but were told Bath and North East Somerset Council could not defend the issue at appeal.

Instead, Guild Living’s proposals, for up to 288 flats for over 65s with care facilities plus a communal restaurant, wellness centre and gym, were rejected because of the buildings’ six-storey height, aluminium-clad design and impact on the World Heritage Site.

The demolition of the Homebase store was approved last year. It sits within the wider Sydenham Park site, which is allocated for some 500 homes. In normal housing schemes, 30 per per cent must be affordable.

Westmoreland ward member Councillor June Player told the planning committee on 16th December: “The delivery of affordable housing is of critical importance and the loss of this provision here and the likely reduction across the site is unacceptable.

“Due to so much being at stake for nearby residents and our beautiful city’s historical significance I have to ask you to refuse this application.”

“We’re letting down our community so badly. There’s a need for elderly accommodation but there’s even more of a need for affordable housing.”

Planning officers said Guild Living had proposed a care facility – a C2 use in planning parlance – rather than a purely residential C3 use so it did not need to provide affordable housing.

Planning officer Chris Gomm said: “It’s unfortunate we’re in a perhaps unforeseen situation where a C2 development and not a C3 development and therefore we’ve been unable to ask for affordable housing.

He said if the rest of the site was proposed for housing, 30 per cent would have to be affordable.

Cllr Matt McCabe said: “There’s a danger in saying we’re going to refuse this because it doesn’t deliver any affordable housing. We either can’t defend that, or it’s interpreted as we aren’t going to accept any C2 proposals from anybody, in which case this developer has to walk away.”

The plans were met with 190 objections, with one branding it a “ghetto for the elderly”.

Others said the development looked like a “repeat of 1960s brutalism” and would “stick out like a sore thumb”.

Representing the developer, Andrew Maltby said it would not be a gated community and the cafe, pool and exercise studios would be open to the public.

He said the development would result in significant cost savings for the NHS and free up under-occupied family housing in Bath as elderly residents move in.

Cllr Eleanor Jackon called for rejection. She criticised the scale, massing and design and said the development would have an unacceptable impact on the World Heritage Site.

She accepted the officer’s advice that the council could not defend demanding affordable housing at appeal.

The motion was carried.