Plans for a large student accommodation block on the Upper Bristol Road in Bath have been turned down by Bath and North East Somerset Council. 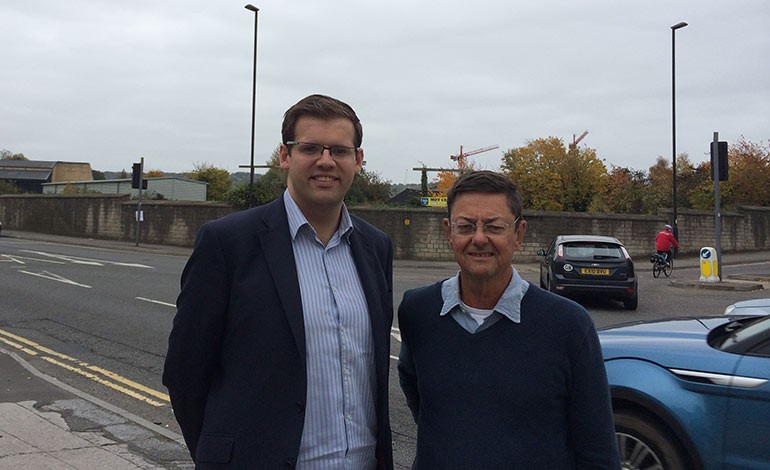 The plans, which would have seen a 394-bed accommodation block built at the old gasworks site at the corner of Windsor Bridge and the Upper Bristol Road, had been strongly opposed by residents in the area as well as the area’s Conservative Councillor Chris Pearce.

Earlier this year Councillor Pearce joined with Bath MP Ben Howlett to organise a petition against the proposals, voicing concerns over the impact on parking and arguing that the site should have a mix of conventional housing and affordable family homes as well as business space.

The petition, which gained 229 signatures, was presented to the Council as part of the consultation on the planning application.

In providing its reasons for refusing the application, the Council states that the plans would: ‘reduce the housing numbers anticipated to come forward in the Bath Western Riverside area and as such would adversely affect the realisation of the spatial strategy for the city in relation to housing.’

The decision also states that ‘the proposed buildings fronting the river, due to their overall excessive height, inappropriate design, use of materials and siting in such close proximity to the river path, are considered to be harmful to the character and appearance of the City of Bath Conservation Area and the World Heritage Site.’

“Everyone wants to see this derelict site brought back into use, but it is not the place for another large-scale student accommodation block.

“Pretty much every resident I spoke to said they were against the plans, with most people saying that a development at this site should provide a mix of affordable and convention homes as well as employment space for local jobs.

“We’ve had a large number of student blocks built in Kingsmead over recent years, so it’s important we get the right balance of housing right in the years ahead.

“I’d like to thank the many residents who supported our petition as it helped demonstrate the strength of feeling among the local community.”

Bath MP Ben Howlett added: “It was clear from conversations with local residents, whilst on doorsteps in Kingsmead, with Councillor Chris Pearce, the strength of feeling against this development in the community.  “

“Although I am keen to see development on brown field sites like this within Bath, the scale and nature of this development, was not right for this site and I am delighted with the Council’s decision.”

John Stacey, Asset Management Director for UK & European, said: “We are extremely disappointed that Bath and North East Somerset Council has chosen to refuse our plans for a purpose built student residential scheme at Windsor Bridge.

“As the council knows we had support from the University of Bath and had entered into an agreement with the RUH to work with them to provide much needed accommodation for junior doctors and medical students.

“By refusing the application the authority has said no to this necessary accommodation for those who provide a vital service within the city’s healthcare system. It has also turned down an opportunity to regenerate derelict wasteland that has stood as an eyesore since the decommissioning of the Bath Gas Works in the 1970’s.

“We have spent almost two years working closely with planning officers and the council to create a scheme that would be entirely appropriate for the site. Our proposals were commercially viable whilst at the same time providing a high quality purpose built student facility to offset some of the existing pressures on housing within the city.

“It is clear that student housing is the most suitable option. A student scheme, unlike other potential uses, such as residential or commercial, would generate very little additional traffic to an already busy area of the city.

“As we have said previously the historical use of the site, as a gas works, has meant the land is heavily contaminated and therefore there are significant abnormal costs associated with the creation of an acceptable development.

“We will be reviewing our available options in relation to this refusal now that we have the council’s decision.”