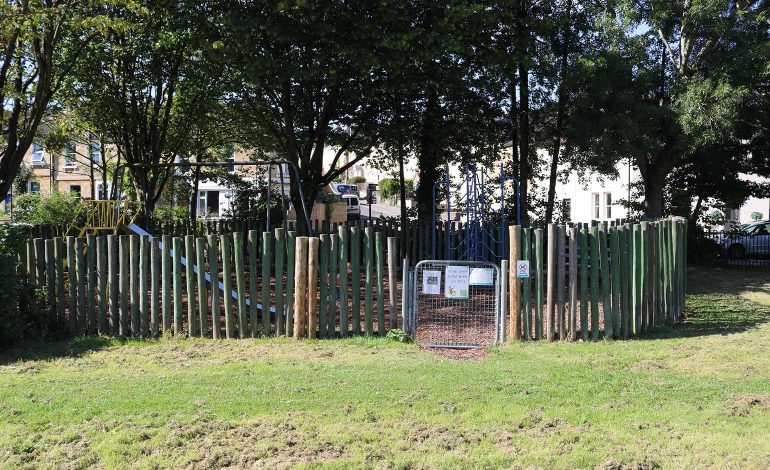 That was cabinet member Paul Crossley’s response after he was handed a petition from Somer Valley residents accusing the council of “selling off the family silver”.

He said users had been consulted but no decisions had been made.

Quoting from the 25-signature petition at last Thursday’s cabinet meeting, Councillor Eleanor Jackson said: “We petition the administration to reconsider the decision to dispose of the family silver, i.e. 11 children’s community playgrounds.

“These well-loved, much used areas are essential to young people’s mental health and physical wellbeing, and the creation of community spirit in long established villages and new estates.

“The safety and security of children is our highest priority and we expect the professional standards of care and maintenance to be retained.”

Bath and North East Somerset Council provides 60 play areas, with others provided by Curo and town and parish councils.

It spends up to £400,000 each year replacing play equipment but said it was “not practical” to provide new kit at 10 sites where there are better facilities nearby.

Signs posted in several play areas in September said: “The council has done a comprehensive review of all of its play spaces and has found that in this area there is a duplication in the provision of formal play areas.

“We are keen to diversify the leisure offer in our green spaces and provide more sociable and playful landscapes not reliant on fixed play equipment, and there are a range of alternatives to formal play equipment which are suited to this location.”

Ideas included “creating a community garden, replanting to improve the biodiversity of sites and planting more trees and wildflowers” to “ensure these valuable public spaces are attractive and welcoming to everyone using them”.

The play areas in Bath that could be affected are Burnt House Road, Calton Road, Loxton Drive, Parry Close and St Saviours.

Changes may also be coming to Chalfield in Keynsham, Burchill Close in Clutton, Hillside Crescent in Midsomer Norton, Kilmersdon Road in Haydon and Manor Copse in Writhlington.

Cllr Jackson added: “If the [children’s] opportunities for outdoor play are reduced, the likelihood of their health problems is increased.

“Their parents pay their council tax, and along with grit bins, rubbish collections and recycling, they expect the council to deliver for the welfare of their children.

“Where the play equipment has been provided by their own fundraising or from section 106 money covered by the developers’ sale of overpriced houses to them, they are the more offended.”

She said there had been a lack of transparency and consultation about the future of the play areas, a charge that Cllr Crossley denied.

The cabinet member for communities said: “The play areas aren’t being closed. Some are being repurposed.

“We’re looking to move to imaginative play. It’s been proven around the country to get more children playing for longer.

“We’re putting in new play equipment across the authority, including the first disabled wheelchair-friendly roundabout.

“None of this has been done secretly. There’s been consultation with a range of people.

“Decisions have not yet been made.”

Cllr Richard Samuel, cabinet member for resources, said the council would spend £325,000 on improvements to play facilities by the end of the financial year.