More than 8,400 people took part in a six-week consultation on proposals for a Clean Air Zone (CAZ) in Bath, believed to be a record number for Bath & North East Somerset Council. 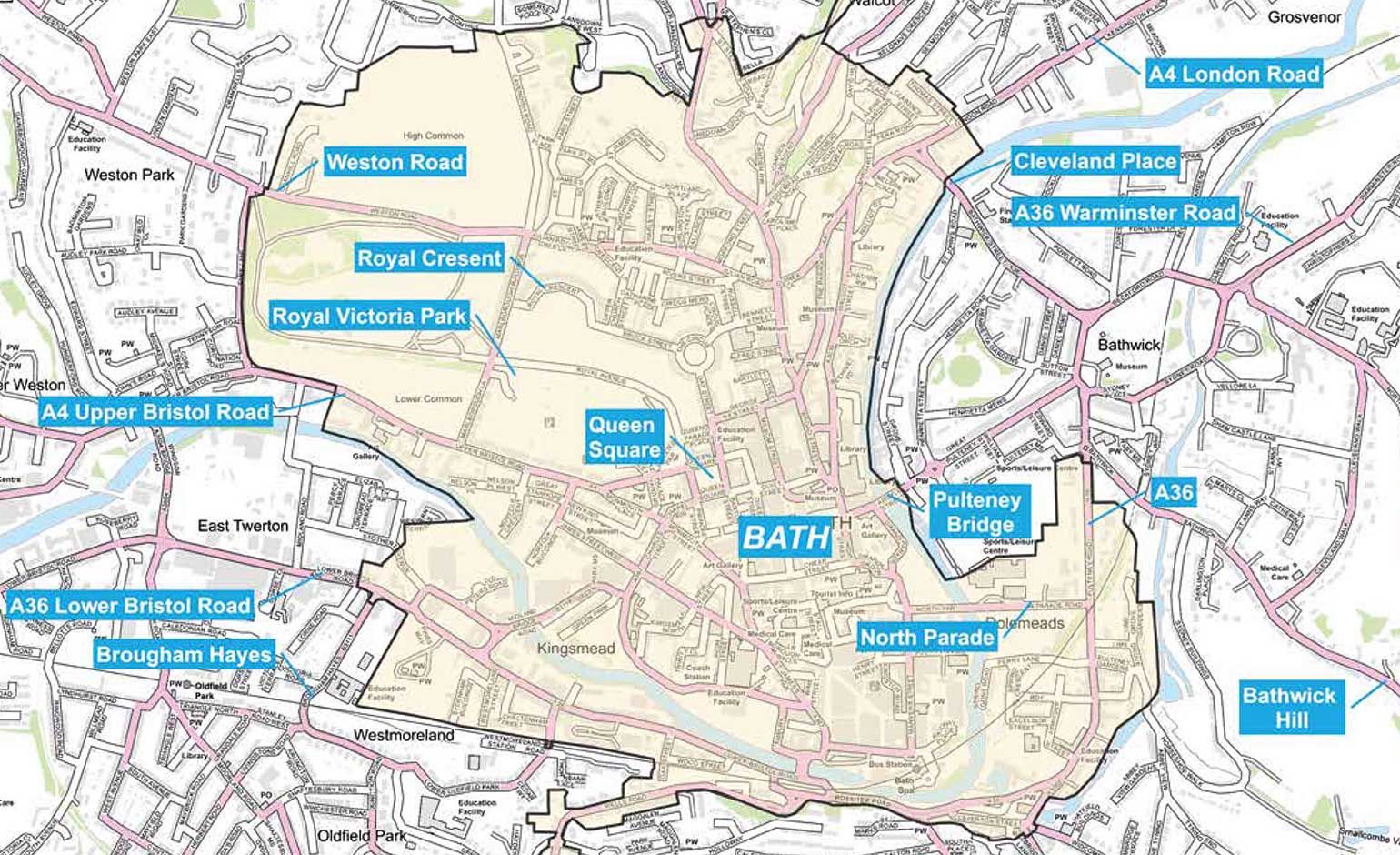 The council has been consulting on a proposal for a Clean Air Zone in the city, which would see charges for higher emission vehicles driving in the zone. The council’s cabinet will receive a report on Tuesday 18th December, updating them on the consultation.

B&NES Council says the response to the consultation has been unprecedented, with more than 8,400 questionnaires, letters and emails returned in what is thought to be the largest response ever received in a consultation on a specific issue.

Almost 20 per cent of the responses came in the last few days of the consultation.

Councillor Bob Goodman, cabinet member for Development and Neighbourhoods, said: “We have been delighted with the response. Clearly our consultation has encouraged a real airing of views and stimulated a serious debate about this crucial issue facing our city and wider area.

“I have been to a great many of the public events and listened to hundreds of people’s views. I would like to thank everyone who has taken part in the consultation whether that is talking to me directly, attending meetings, answering the questionnaire or sending in letters and emails.

“All the responses have been thoughtful and they have covered a number of issues. These include concerns about rat running and parking in residential areas outside the proposed zone, suggestions for a bigger zone, and proposals for mitigations for those residents and businesses most impacted by the proposal.”

The report before cabinet refers to the government direction which requires council compliance with air quality objectives as soon as possible.

However, it also states that the council is legally required to give due consideration to the responses to the recent consultation exercise and the discharge of its duties under the Equalities Act 2010.

It highlights the need to balance air quality with the impacts that any measures may have, particularly where this may be perceived to unfairly penalise residents and businesses especially as the causes of poor air quality also relate to transiting traffic, tourism and the topography of the city.

And it notes the unprecedented consultation responses and states that as a result more time is needed to fully analyse the feedback and undertake further statistical and financial modelling work.

The report identifies a number of themes emerging from the consultation, including the boundary of the zone, impacts on specific groups of people and potential mitigations such as public transport measures.

It recommends a further report with fully costed and modelled options, including mitigations, be reported back to the cabinet as soon as reasonably possible.

Councillor Tim Warren, council leader, said: “Our aim is to be compliant with the minimum detrimental effect upon our residents, while maintaining and growing the successful economy in the city. Our residents and businesses have taken the time to speak to us and they deserve a considered response.

“In order to help shape our final decision we need to use these responses and secure the best package of support measures. To do this we will be taking into account people’s strongly-expressed views and concerns.”

During the consultation, residents and business were asked for their opinions on all aspects of the proposed zone, including the level of charges for higher emission vehicles, the area covered by the zone, and a raft of measures designed to mitigate its impact on residents and the local economy.