Councillor Alan Hale has been appointed the new Chairman of Bath & North East Somerset Council, after spending the past year as Vice-Chairman, supporting the previous Chairman Councillor Ian Gilchrist. 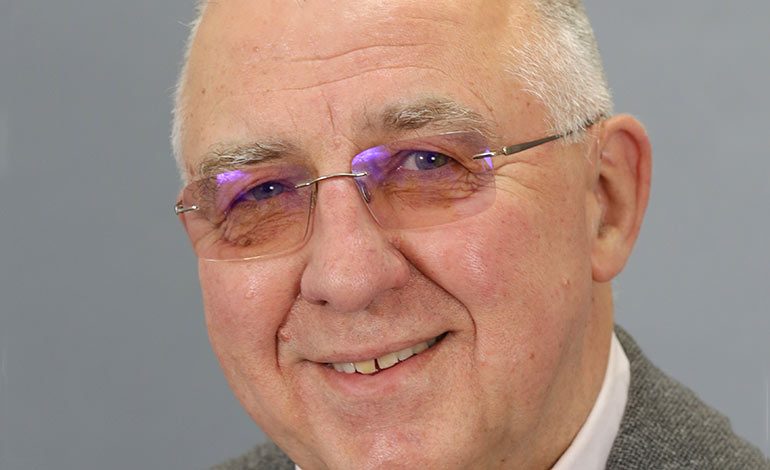 He has represented the Keynsham South ward on the Council since 2007 and has been an active member of the community since moving to Keynsham in 1957.

He has chosen to support cerebral palsy, Asperger’s syndrome, and dementia charities through fundraising events during his year in office.

“For the best part of half a century I have served my local and wider community and I am looking forward to supporting as many people as possible during my time as Chairman.

“I have chosen the broad areas of my charities for personal reasons but view them as very important and there will be many in the community whose lives are touched by one or other of the conditions.”

Cllr Hale’s background has seen him commended for bravery on two occasions during 31 years serving with the police service, followed by 12 years working as a Senior Road Safety Officer for South Gloucestershire Council before finishing work in March last year.

He remains a member of the Road Safety GB Academy.

He has served as a member of the Keynsham Lions Club for almost 35 years and has led the club as President on six occasions, as well as being awarded a Lions Clubs International Melvin Jones Fellowship for Dedicated Humanitarian Services in 2011 and an International Presidents Certificate of Appreciation.

In 2013 he initiated the formation of the Keynsham Foodbank and continues to be chairman and coordinator, while also being a member of Keynsham Baptist Church and a volunteer Steward at Bath Abbey.

Alan is married to Jane, a retired Accident and Emergency Nurse, and they have two daughters and five grandchildren.

The new Vice Chairman of the Council is Councillor Cherry Beath, who was first elected as one of the councillors representing Combe Down in 2007.

Since then she has also held a number of roles within the Council, including executive Cabinet Member and Mayor, and Chair of the Charter Trustees Standing Committee.

She has a professional background in the Criminal Justice System and  is married with two grown up sons.