Bath MP Wera Hobhouse has welcomed the recently revealed plans to regenerate the northern part of the city centre over the next two decades. 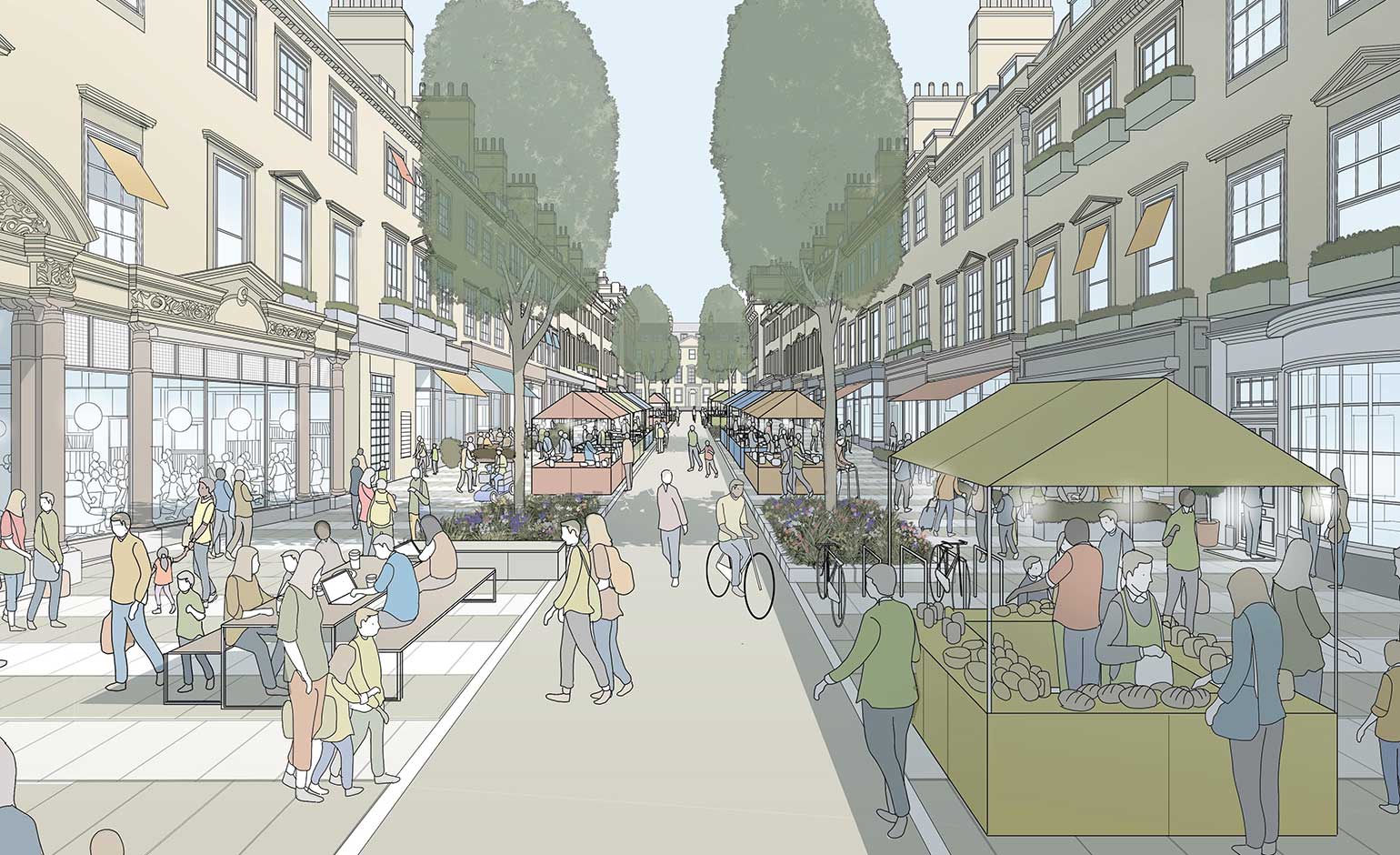 The Milsom Quarter Masterplan, which the MP has described as “bold” and “ambitious”, would see the creation of 180 homes, the relocation of Bath’s Fashion Museum and efforts to attract creative industries.

The masterplan is led by Bath & North East Somerset Council and funded by the West of England Combined Authority’s Investment Fund.

Wera Hobhouse said: “I am delighted to see my Liberal Democrat colleagues’ bold vision to invest in our city’s future and unlock Bath’s huge potential as a fantastic place to live, work and visit.

“This exciting 20-year project has been developed in close cooperation with local businesses and other key organisations.

“It will transform vital areas in the city and add up to 180 new residential properties. It would make use of vacant spaces above shops.

“The plans would make the Milsom Quarter greener and more pedestrian-friendly.

“I congratulate Councillor Richard Samuel, Deputy Leader and cabinet member for Economic Development and Resources, on his leadership of this forward-looking plan which would be a turning point in our city’s development.

“It demonstrates the Liberal Democrats’ commitment to ensuring the brightest possible future for Bath.”

“The Council is inviting all Bath & North East Somerset residents to have their say in the consultation which is open until July 15. You can take part in the online survey, join a live drop-in session or attend an online briefing.”

A short video explaining the masterplan can be viewed here, and views on the plans can be shared in the consultation here.