A new mast set to be erected on the edge of Bath will not immediately offer 5G, but could be upgraded to host the technology. 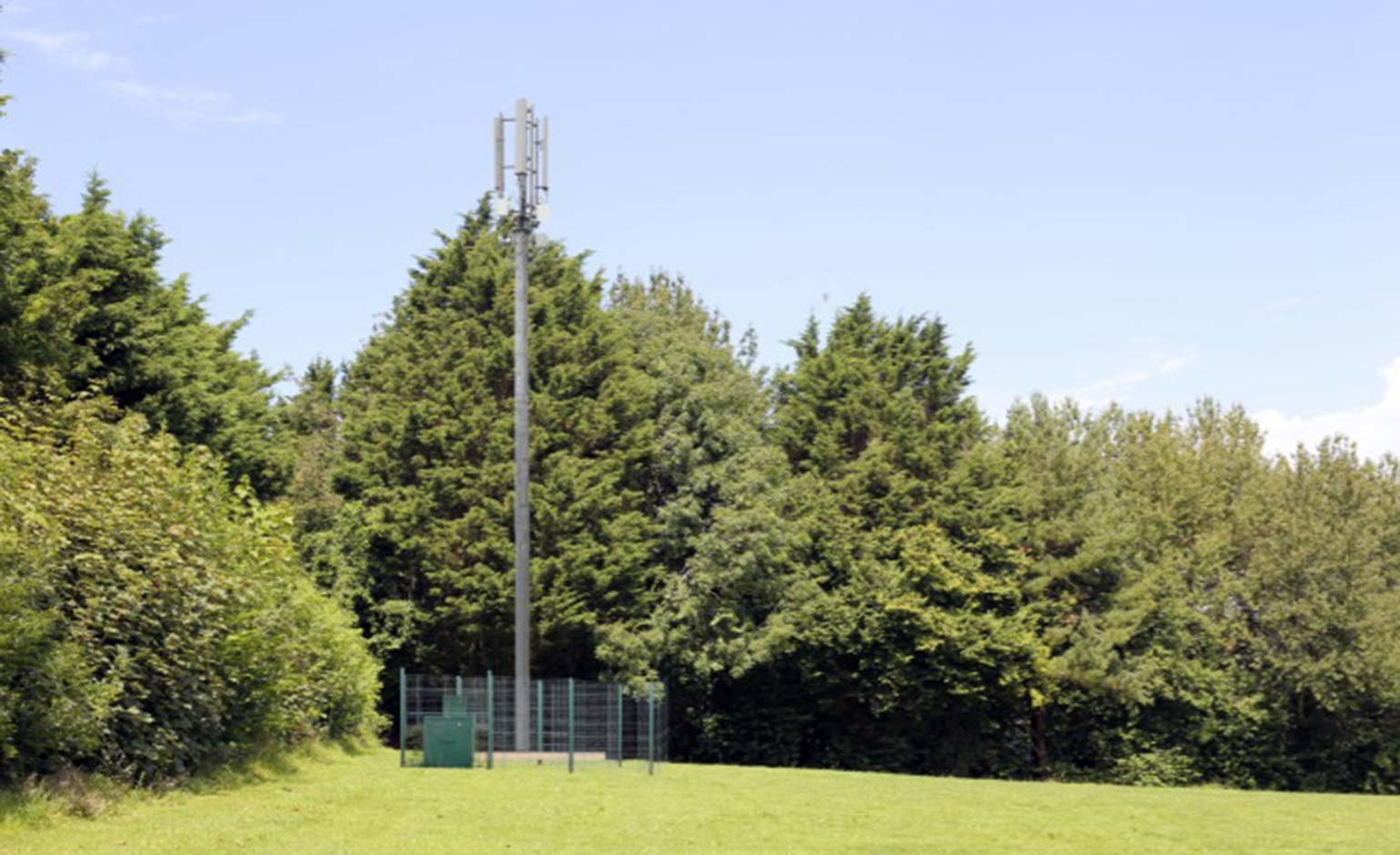 The 23.4-metre monopole in the Larkhall Sports Field will stand just 60 metres from a site where a shorter, wider 5G mast was rejected in December after it was deemed inappropriate in the green belt.

Vodafone and O2’s approved scheme will replace a temporary mast in a more prominent location in the green belt that has been running on diesel for some two years.

Bath and North East Somerset Council’s planning committee was told the public gains of the scheme outweighed the visual impact.

But Councillor Lucy Hodge said it was difficult to determine the benefits after more than 130 people objected and only three filed letters in support.

“I’m a bit worried about saying this is for the public good when the public haven’t asked for it and have demonstrated they don’t want it,” she said.

Many of the objections focused on the supposed health risks of 5G.

One person wrote: “To build a mast like this in such close proximity to schools, recreational spaces for children, houses, and beautiful countryside, when the long-term effects on health are still not known, is short-sighted, callous and driven by greed.”

Another said 5G was “untested and unnecessary technology”, adding that the mast would be a “blot on the landscape”.

Councillors were reminded that government guidance says that 5G is safe.

Speaking at the planning committee meeting, public speaker Karen Churchill claimed the safety guidelines were unreliable and warned there is still a risk of the other mast being approved on appeal.

She said the cumulative impact of the radiation from multiple masts was uncertain.

The new mast will maintain 2G, 3G and 4G coverage in the area.

Public speaker Fiona Williams said: “You may be voting for a 4G mast now and end up with a 5G mast, with no say in the matter.

“For home working, it’s not so much increased mobile coverage that’s needed, it’s fast broadband. If we end up with a 5G upgrade it will largely be for connecting smart appliances and mining personal data.

“Surely it’s not worth ruining the beauty of this area with a 75-foot mast for such dubious benefits.”

Representing the applicant at the meeting on 10th February, Paul Street said the mast will not provide 5G but could be upgraded.

“We don’t deny there will be some visual impact. That impact needs to be balanced against the benefits,” he said.

“There would be a considerable public benefit from the provision of the improved communications network.”

He acknowledged the health concerns and said his client can offer to undertake radio frequency surveys once the mast is in place to demonstrate it is operating within guidelines.

Planning officer Christopher Griggs-Trevarthen told councillors that development in the green belt is by definition inappropriate but the benefits “clearly” outweigh the harm.

Proposing approval, Cllr Manda Rigby said all masts in the area will need to be in the green belt and there was “no better place to put this mast” than in this field.

She said the look and feel of the mast was much better than the one that was refused and there was “counterbalancing good” from the removal of the temporary mast.

The motion was carried.