At a Cabinet Meeting held yesterday, Wednesday 5th September, the Conservative Cabinet on B&NES Council unanimously agreed to roll out a pilot scheme which will take a ‘tough stance’ on littering. 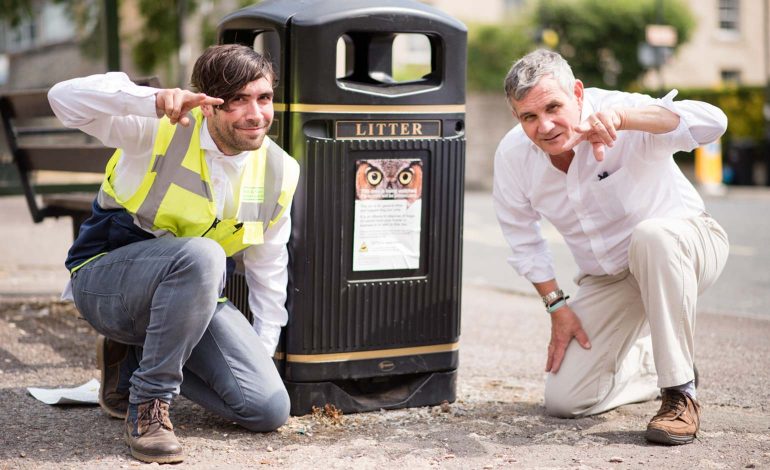 The 12-month pilot scheme will work in conjunction with a private sector provider, whom has yet to be decided.

This will be undertaken at zero cost to the Council to improve the enforcement against environmental issues such as dropping litter, dog fouling, flytipping and Duty of Care breaches.

The scheme will allow enforcement to cover the entirety of the authority, 7 days a week, rather than being limited to Bath city centre for a select number of hours.

This, combined with the recently adopted new £150 fine fixed penalty notice and the installation of dash cams in Council vehicles to catch those littering, is being used to show that local Conservatives are serious on cleaning up Bath and the surrounding areas.

The uniformed officers employed are expected to act as a deterrent on the streets and have been labelled as ‘ambassadors’ for the Council.

Through sharing intelligence with other enforcement bodies, Council departments and third parties, they will work collectively to make the area cleaner and greener for all.

A similar pilot was undertaken by Bristol City Council which produced positive results and was received relatively positively by the public, through raising significant awareness of the need to reduce environmental crimes.

Cabinet Member for Development & Neighbourhoods, Bob Goodman (Coombe Down) said on the decision: “I want to stress the harm caused by this anti-social behaviour which is detrimental to all and that we are taking a zero tolerance policy towards it.”

“The message is simple don’t litter and you won’t be fined.”

“This private litter army won’t necessarily lead to cleaner streets and reduced fly-tipping. The emphasis is on punishment, not encouraging people to be more responsible.

“What this latest privatisation scheme will do is cause a lot of distress and potentially hardship. There are some real horror stories out there. Some of these companies are known to aggressively go after certain ‘soft targets’, such as smokers, vulnerable people or teenagers.

“Too many questions have also been left unanswered. It seems obvious that zero cost to the Council means payment by results for the enforcement company. Does this mean the private litter officers will have quotas and receive bonuses? Do we really want litter bounty hunters stalking our streets?

“During this pilot, the private company will need to levy enough fines to prove the value of the service and win a permanent contract.

“Presumably the officers will focus on high-traffic areas, so how will this do anything to help rural areas?

“I will be pressing the Cabinet member to postpone this decision and bring the issue to Scrutiny.”

Kingsmead Councillor, Sue Craig, added: “We all want to see less litter, but most Bath residents recognise that much of the litter we see on the streets isn’t deliberately dropped, but rather spread from torn rubbish bags. Are enforcement officers going to hand fines out to gulls and foxes?

“How about making it easier for people to dispose of litter responsibly, with more bins in high-traffic areas? The piles sometimes seen next to overflowing bins show that people do want to dispose of their rubbish properly. The Council should facilitate this.”