Council leaders have pledged to find a way to restrict lorries travelling through Bath. 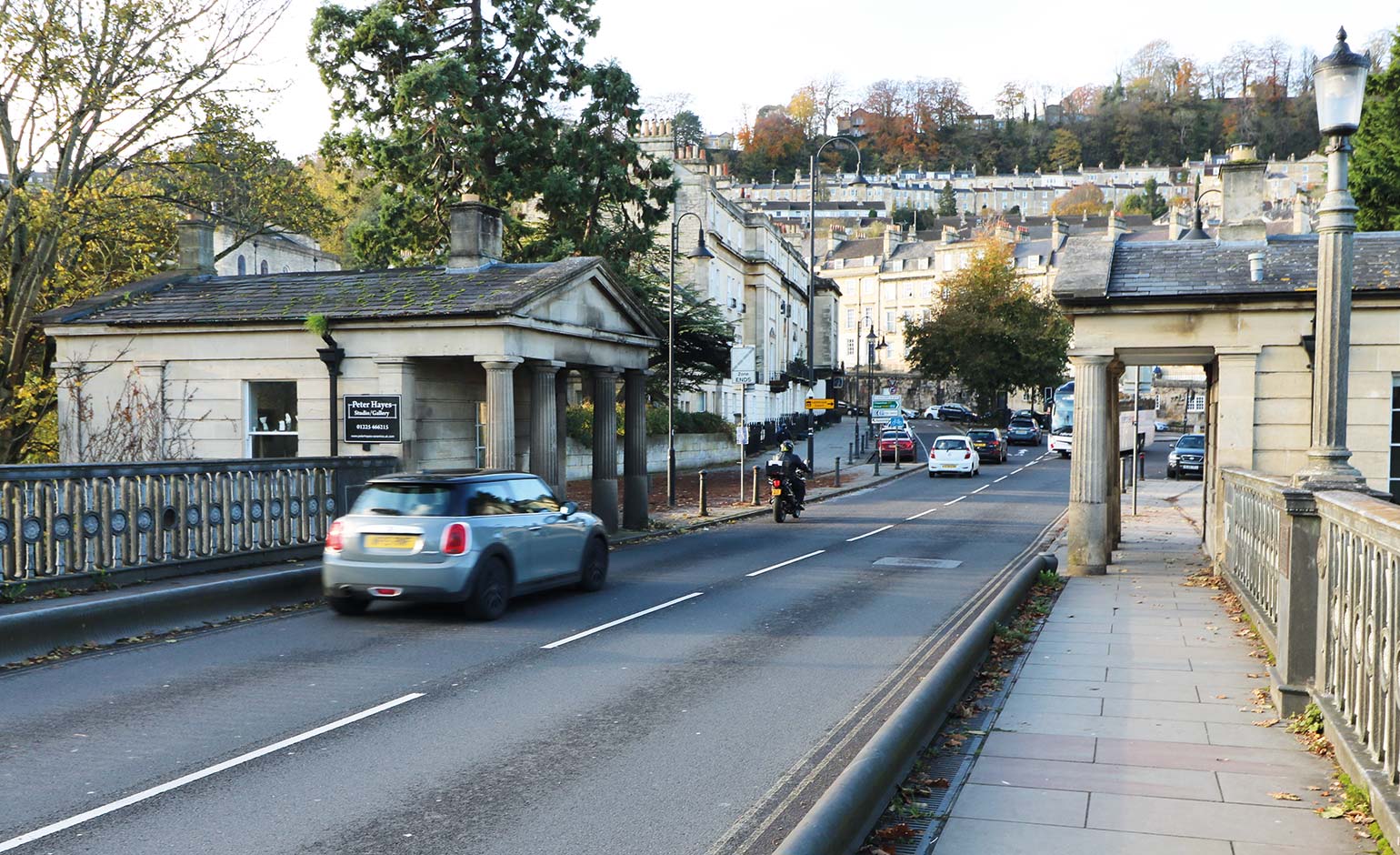 They have instructed highways officers to draw up a draft traffic regulation order (TRO) for Cleveland Bridge, as the temporary 18-tonne limit, in place on the Grade II*-listed structure since last year ahead of £3.5million of repairs, nears an end.

But Bath & North East Somerset Council cabinet members admit they face a tough task because a ban on the heaviest HGVs would require the agreement of other local authorities, National Highways (formerly Highways England) and ultimately the Government, as it forms part of the strategic road network.

It has been tried before and failed. In 2012 the council introduced an experimental 18-tonne weight restriction between Bathwick Street and the A36 Beckford Road, including the bridge.

However, the Department for Transport upheld an appeal against it by Wiltshire and Somerset councils and ruled it breached the law because B&NES had failed to secure their neighbours’ agreement. 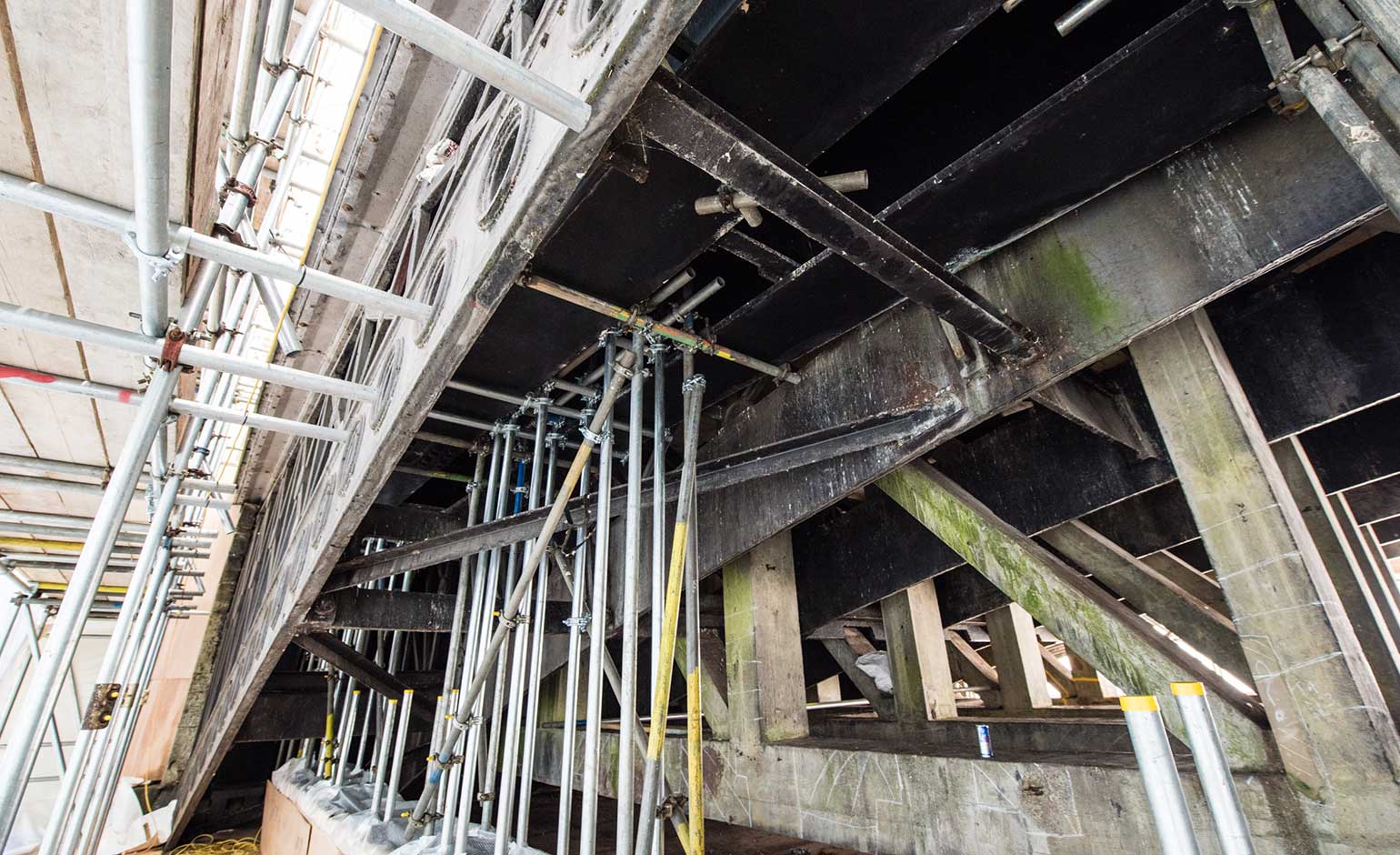 Now, though, the Liberal Democrat administration has announced it is giving it another go – despite officers warning a TRO is likely to be thrown out again.

Members had been set to approve a report to cabinet last Thursday night, 9th September, to continue working with Wiltshire and Dorset councils and the Western Gateway transport board on a strategic review of north-south main routes from the M4 to the south coast, along with a vague recommendation to “progress work on any of the other mechanisms which might also result in HGVs not using Cleveland Bridge”.

While they agreed to continue that work, deputy leader Cllr Richard Samuel tabled an amendment asking officers to prepare a draft TRO for the bridge to restrict lorries using the city as a cut-through and to consult heritage groups and residents, which was passed unanimously.

Officers will also investigate other options that may achieve a similar result and report back to cabinet in November.

Cabinet member for transport Cllr Manda Rigby told the meeting at Bath Guildhall that the 200-year-old bridge was never intended for today’s volume and weight of traffic.

She said it was on schedule to reopen three months after closing and that the weight limit would expire once the repairs were completed.

Cllr Rigby said “Work on the Western Gateway project is ongoing. The amount of time this will take is counted in decades, not years.

“We can’t assume regional agreement will be reached and we can’t just wait for this to be a solution.

“People of Bath can’t wait another 10 to 15 years for relief from the through-traffic HGVs.”

She said a lot had changed since the failed TRO in 2012, including the climate emergency declaration and millions of pounds spent upgrading Wiltshire roads, including the A350 which she said should replace the A36/A46 that passes over Cleveland Bridge as the main strategic route.

“It stands a better chance of success now than it did,” Cllr Rigby said.

“If we don’t manage to find a mechanism to reduce HGVs using Bath as a through-route, it won’t be for the want of trying every possible way.

“Doing nothing is not an option.”

Cllr Samuel said: “The impact of HGVs on the historic city of Bath is corrosive.

“Road surfaces are damaged constantly by the hammering they take from these beasts, historic structures have been hit, the sheer difficulty of manoeuvring these HGVs causes congestion and delays, and in a nutshell Bath’s streets were not built for these giants.

“But there is another insidious problem – the pollution these vehicles emit.

“Cycling on the carriageway is unpleasant and at times unsafe and life as a pedestrian is a dispiriting polluted experience.

“It is our duty to say enough is enough. It is time to put an end to the daily procession of oversized lorries through our historic streets and in particular over the historic Cleveland Bridge.”

Cabinet member Cllr Tom Davies said the 18-tonne limit had given residents a “glimpse of the future – and we like it”.

“We must do all we can to stop HGVs using Cleveland Bridge and to find a fair solution that works for all, not only in this area but more widely,” he said.

The report to members said: “In light of the 2012 DfT appeal decision and the very clear position in the statutory guidance, it is considered highly likely that, were B&NES to make a TRO now, it would be appealed and the Secretary of State would be likely to allow the appeal for the same reasons as set out in 2012.”