An organisation representing hundreds of residents across Bath is calling for “draconian” counter-terror proposals to be put on hold. 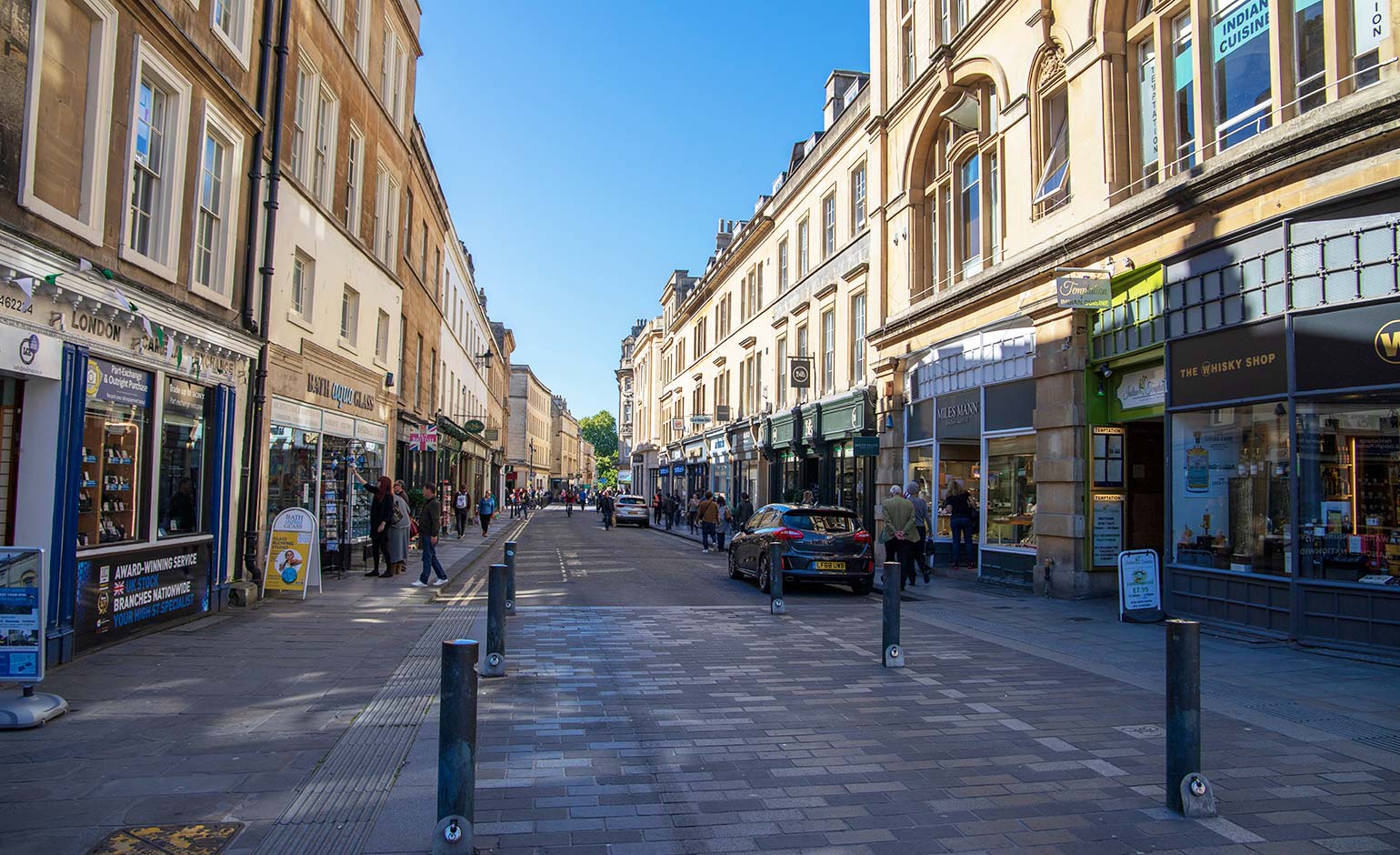 Justin Draeger, who chairs the Federation of Bath Residents’ Associations, said the “deeply unfair” proposals could drive residents out of the city centre, leaving properties in the World Heritage City to deteriorate.

The measures to protect Bath from “hostile vehicles” include swapping the concrete barriers for moveable and static bollards, round-the-clock controls on who can drive into a secure zone and the removal of all parking, including the disabled bays.

Bath and North East Somerset Council said the proposals follow national guidance but it has promised to listen to feedback and the advice of an access consultant.

Mr Draeger said: “We’re all concerned that the measures seem quite draconian and don’t seem to have taken due account of the city centre residents who are going to be most affected.

“The residents need to hear why such measures are required. We’re talking about Bath. It isn’t a hotbed of terrorist activity. It’s a fairly sleepy town in Somerset.

“Perhaps the council needs to look at similar sized cities going through the same process and work out why their measures aren’t as draconian.”

Avon and Somerset Police, which worked with the council on the proposals, said there is no specific threat to Bath but crowded places are attractive targets.

The measures will protect against “hostile vehicles”, which can be driven at pedestrians, or conceal a bomb or contain terrorists.

But controls on who can drive into the city centre will cause complications for disabled residents, tradespeople, taxi drivers, delivery drivers and removal companies.

The current restrictions between 10am and 6pm will be extended to run 24-seven.

“We’re a World Heritage City. The residents keep up the beautiful buildings they live in. If they’re gone, who does that? It will end up looking tatty, like Venice.

“The council should pause, take breath and reflect on what’s proposed and whether it’s appropriate.

“Most recent terrorist attacks have been individuals wielding knives. I’m not sure these measures can deal with people like that.

“A balance must be struck. We’re never going to protect the city against all attacks. We don’t want to completely disrupt people’s existence with these measures.”

His comments echo those of the Abbey Residents’ Association, which said of the new secure zone: “Anyone living in this area will be essentially trapped unless they are able to walk, cycle or use mobility vehicles to reach shops and other facilities including blue badge and general-purpose parking areas.”

Councillor Joanna Wright, joint cabinet member for transport services, said the council is listening to residents’ concerns and had brought in a consultant to look at how to lessen the impact of the proposals and improve accessibility.

She added: “However, it is an unfortunate fact that we know the threat from terrorism is greatest in crowded places like city centres. This is why we’ve been working since 2016 with the police to improve safety and security in Bath’s areas of high footfall.”

Cllr Wright said the introduction of round-the-clock controls was in line with national advice and was necessary to maintain safety.

The council has written to more than 300 households that sit within the secure zone, hosted a webinar on the proposals and extended its consultation until January 31. The feedback will help it refine the proposals before the final traffic regulation orders are advertised.

Avon and Somerset Police did not respond to Mr Draeger’s comments.

Speaking when the proposals were unveiled in November, Chief constable Andy Marsh said: “While there is no specific intelligence relating to any threat to the South West region, including to Bath, we know there is a national threat to the United Kingdom from terrorism and that crowded places are attractive targets.

“Bath is a UNESCO World Heritage Site visited by many hundreds of thousands of people every year and like with all the iconic places in the Avon and Somerset Police force area, we’re committed to working with our local authority and business partners to ensure both residents and tourists are safe.

“Our counterterrorism security advisors have been working with B&NES Council on ways to keep the city centre secure and protected and have given their support to a scheme which limits vehicle access during the busiest times.

“This is part of a package of measures that is designed to improve overall public safety and further strengthen protection in areas of high footfall.”