Councillors on B&NES Council have backed plans to introduce a clean air zone in Bath, in a bid to drive down dangerous levels of pollution and secure long-term health benefits for residents and visitors.

A meeting of Bath and North East Somerset’s cabinet yesterday morning, Tuesday 5th March, approved a recommendation for a Class C option which exempts cars from being charged to drive in the zone but charges higher emission buses, coaches, HGVs, LGVs/vans, private hire vehicles and taxis.

The cabinet also approved a package of measures to assist businesses and vulnerable people manage the impact of the charging zone, which will reduce high levels of NO2 which the Government says must happen ‘in the shortest possible time’ and by 2021 at the latest.

Following the decision, more detailed information on the scheme including bids for funding will be sent to central government.

After receiving approvals and funding needed, the council will then start the formal processes for implementing the scheme including any required consultation, with the aim of the scheme starting in December 2020.

Councillor Bob Goodman, cabinet member for Development and Neighbourhoods, said: “This is a really important day for the city. Over the years there has been a lot of talk about air quality and I am delighted that at last we have made some big decisions on this extremely important issue.

“While there is great deal more work to do, I want to once again thank everyone who took part in the consultation, the largest we have had in the city over a single issue. 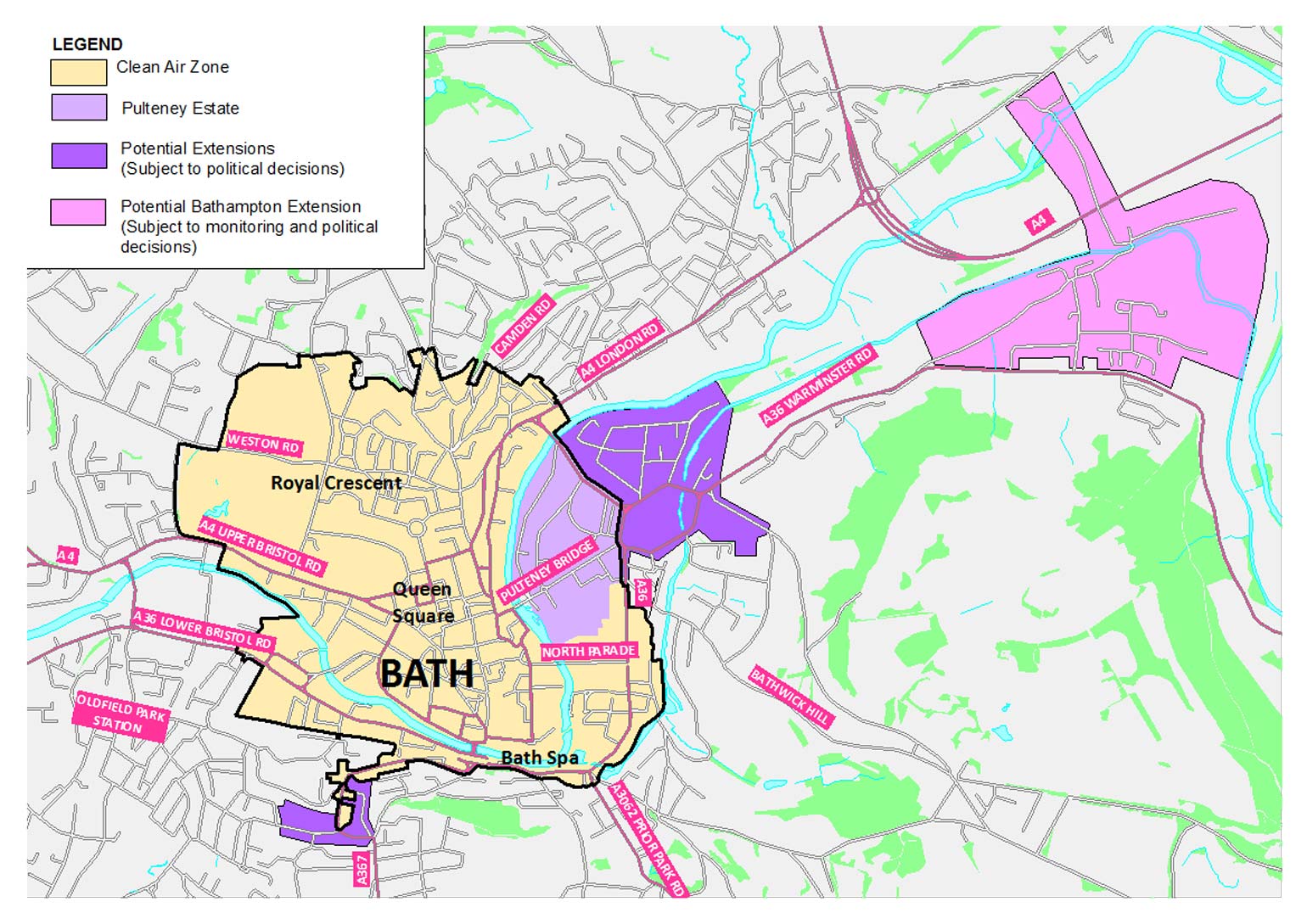 “Whatever view people expressed I hope they will recognise we engaged openly before making this ground-breaking decision.

“It has taken many months to reach this point and it has not been easy however I believe we have struck the right balance and are now in a position to start to cut harmful pollutants and make our beautiful city clean and green for everyone.”

A report before cabinet said the Class D option, which would have charged all higher emission vehicles, including cars, to drive in the city centre and which was subject to consultation last year, would also achieve compliance by central government’s deadlines.

However, following a request by cabinet in December after a record number of responses to the consultation, further technical work has continued. As a result, a Class C option, which would not see cars being charged, and would also meet government compliance deadlines, was identified.

A Class C will see the reduction of traffic into Gay Street, which would otherwise exceed the legally permitted NO2 threshold. Traffic management measures at Queen Square, with new traffic lights at the junctions with the A367 Chapel Row/ Princes Street and at Queen Square Place will be introduced.

The intention is to remove the traffic management scheme once compliance is achieved and as vehicle emissions improve.

Mark Shelford, cabinet member for transport and environment, said: “This has been a crucially important decision and I believe we have the right clean air plan for our city that exempts cars from charges, safeguards the long-term health of people and meets the needs of our busy, vibrant city.

“Our immediate step now is to write to government confirming our decision and to seek the funding we need to deliver this plan.

“Levels of pollution we know will drop as cleaner vehicles come onto the market, already First Bus is retrofitting vehicles, which means this is an ever-changing picture and one we will continue to monitor to ensure the zone meets the city’s needs.”

Public feedback shaped a number of changes to the original zone boundary. The Pulteney Estate area is now included and members are also being asked to consider including the junction of Oldfield Road and Wellsway, the Bathwick Estate and Sydney Gardens areas, as well as a proposal to monitor roads in the Bathampton area.

Charges for higher emission vehicles to drive in the zone remain consistent with the original proposal: £100 for buses, coaches and HGVs and £9 for LGVs/vans, private hire vehicles and taxis.

In response to public feedback, there is a firmer commitment to financial assistance in the shape of interest-free loans to help businesses upgrade pre-Euro 6 commercial vehicles (older than approx. 2015).

Businesses with Euro 4 or 5 diesel commercial vehicles unable to obtain a loan would be able to apply for a concession to 1st January 2023.

The council says it also remains committed to securing central government funding to speed up the move to cleaner, more sustainable transport.

For example, the council is asking the government for funds to support grants of £2,000 to help households upgrade pre-Euro 4 cars (older than approx. 2006).

Other measures identified in the report include extended opening hours at the park & ride sites, anti-idling and weight-restriction enforcement, support for revisions to residents’ parking zones and better walking and cycling facilities.