A long-standing local environmental and social justice campaigner has been chosen as the Green Party candidate for Bath in case of any snap General Election. 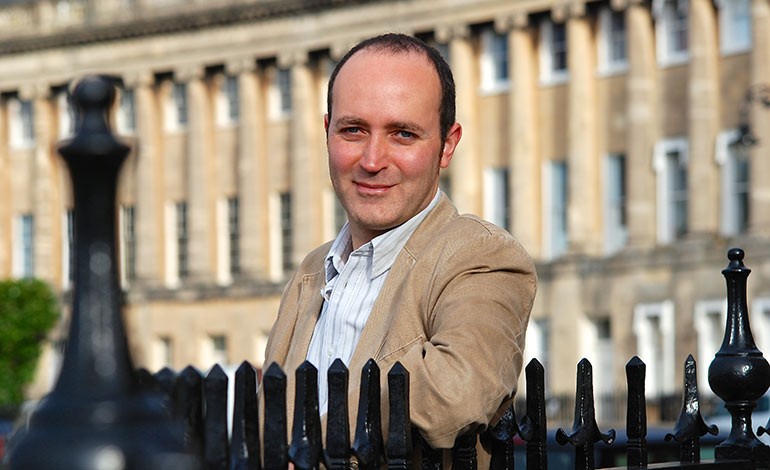 Dom Tristram, who stood in Bath in 2015, has been selected again by the party in Bath. In 2015 he gained the largest increase in vote share of any party and won every exit poll of voters over dozens of hustings and public meetings through the campaign.

He said: “It is an honour to be chosen again to be the Green Party’s candidate for any snap general election.

“The world of politics is in disarray and the environment, indeed the very air we breathe, seems to have been forgotten along the way.

“Bath desperately needs a voice to speak up for it at the same time as maintaining a principled stand on the other serious issues facing our city and country.”

“I am passionate about our beautiful, diverse and vibrant city, where I have lived all of my working life. I believe the city is best served by politicians who have made their lives here and intend to stay here.

“I know what our area needs because my family and I rely on the same public services as everyone else.”

“We are being governed by a failing coalition of a weak Conservative Party dictated to by a fringe party with extremist views. We have seen an amateurish and failing Brexit strategy that threatens to destroy not only our economy but also our environment and workplace rights. It can’t continue and I believe a snap general election is now inevitable.”

“The Conservatives have proved that they cannot escape the destructive influence of their hard-right Eurosceptic fringe. The Liberal Democrats still cling to a fixation with privatisation despite the carnage that their NHS reforms resulted in. Labour have moved closer to us on social justice but have no coherent message on the environment, Brexit or our unsustainable economic model.”

“The choice in that election is clear. Only the Green Party offer real solutions to protect our world for generations to come while actually tackling the underlying causes of inequality and failing services, rather than patching-up the symptoms.”

Dom was selected via a poll of all local party members using a Single Transferrable Vote.