A bid to redevelop a Keynsham industrial estate was narrowly approved despite concerns it would open the door for hundreds of more homes. 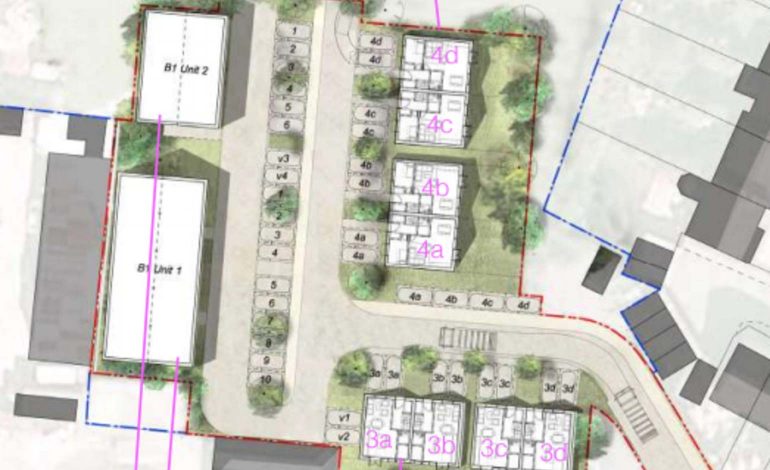 The proposed layout for the redeveloped Lays Farm Business Centre

Opponents bemoaned the loss of employment land and claimed the 40 per cent vacancy rate at the Lays Farm Business Centre was caused by the owner terminating the contracts.

But supporters said the plans, which will see the existing buildings replaced with two commercial units and eight homes, were well considered and an impressive solution.

Speaking at Wednesday’s development management committee meeting, Councillor Les Kew said he was greatly concerned by the application, which he said should have been in full rather than outline form.

“This is a huge loss of employment land in an area which is massively polluted,” he said.

“A 40 per cent vacancy rate is rare among small units. Others I know of are fully occupied.

“I think it’s wrong. We shouldn’t be losing this employment land.” 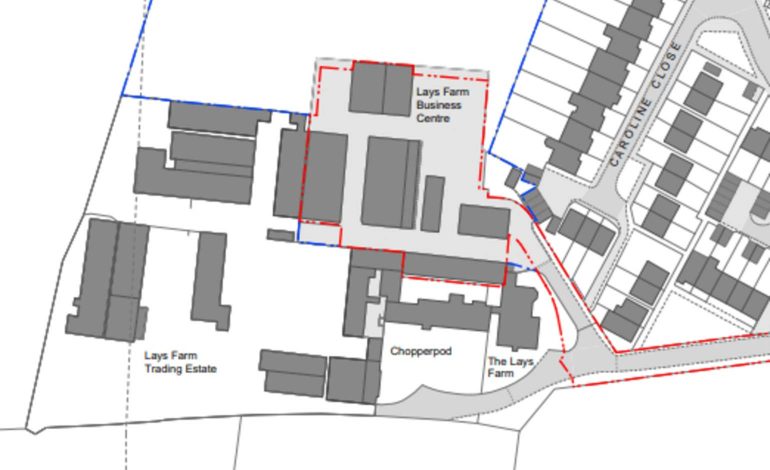 The existing layout of the Lays Farm Business Centre

Bath and North East Somerset Council officers said more than a 1,000 sqm of employment space would be lost, but the change from storage to a general industrial use should result in a higher jobs density.

The application says there will be 10 jobs, compared to the current 17, but officers said up to 25 positions were plausible.

Cllr Brian Simmons claimed that seven of the 19 units were empty because the owner had terminated the contracts.

Cllr Liz Richardson said Keynsham was not short of houses but the area needed small industrial sites after losing a number within Bath.

She said if the owner brought the units up to scratch they would be more attractive to tenants.

In a written objection, Keynsham ward member Alan Hale was concerned about a proposed road that comes to “abrupt but unimpeded” end.

He said: “This will no doubt mean that, in the not too distant fullness of time, the current green belt land that runs behind Lays Drive and down towards Stockwood Vale will be subject of an application to build a few hundred houses.

“This application opens the door to such potential development and thus even more traffic movement when the town is already almost at gridlock from the weight of through traffic and that generated by the over-development of the town.”

Keynsham Town Council was similarly worried that the scheme would set a precedent for further development in the green belt, and said the loss of an employment site would be unacceptable.

Bath and North East Somerset Council planning officers judged that there would be “no greater impact” on the green belt from the new buildings and said such brownfield sites should be prioritised.

They said in a report to the meeting: “The buildings are of a poor quality and would benefit from significant refurbishments.

“The submission explains that the existing buildings are extremely poor quality and by 2023 they will have reached the end of their economic and physical life and would in effect be unlettable due to the introduction of the minimum energy efficiency standards regulations.”

Cllr Will Sandry told the meeting he supported the “well considered” application, arguing it will be useful to have business space as well as housing.

Cllr Paul Crossley said he was impressed with how council officers had worked with the developer to get an acceptable scheme.

Given the interest in the development, he called for it to be brought back before the committee when the detailed application is submitted, but was told it had to go through the normal processes.

The committee followed officer advice and approved the development.