Working with campaigner Fern Champion and the End Violence Against Women Coalition, Bath MP Wera Hobhouse has tabled a motion to the government to better help sexual violence survivors. 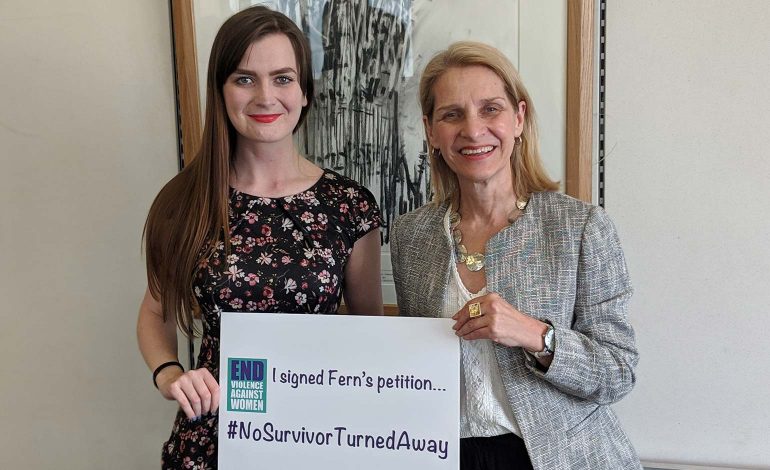 The Early Day Motion (EDM) demands that the Conservative Government enshrine the Istanbul Convention in law, to help ensure that sexual violence survivors have access to the support services they need.

The EDM also praises the work of Fern Champion, whose petition on the issue has garnered over 150,000 signatures, and has already attracted cross-party support.

Speaking after tabling the EDM, Wera Hobhouse MP said: “Women and girls across the country are not receiving support after facing sexual violence. The UK signed up to the Istanbul Convention years ago, but the Conservative Government is still yet to enshrine it in law and ensure that survivors have access to vital support services.

“Survivors of rape and sexual abuse should never be left to struggle alone. It is essential that they can access counselling as well as other services vital to their recovery.

“If they do not bring forward the legislation promised as part of the Domestic Abuse Bill by the summer recess, I will table it myself. The time for empty promises has long gone.”

Campaigner Fern Champion said: “I started this campaign because I am tired of the government so blatantly ignoring the issue of underfunded rape crisis support services.

“This government knows waiting lists for Rape Crisis centres throughout the country can either leave survivors without support for months on end or are closed altogether, and still it does nothing. It is wilful ignorance and I fail to see why any survivor should tolerate it any longer.”

No survivor should be turned away from life-changing and life-saving specialist support.

“No survivor should be turned away from life-changing and life-saving specialist support. The ratification and implementation of the Istanbul Convention will help ensure there is a minimum standard of funding and support for victims and survivors of sexual violence and abuse.”