Revised plans from a council-owned property company to build nine family homes will come under scrutiny next week. 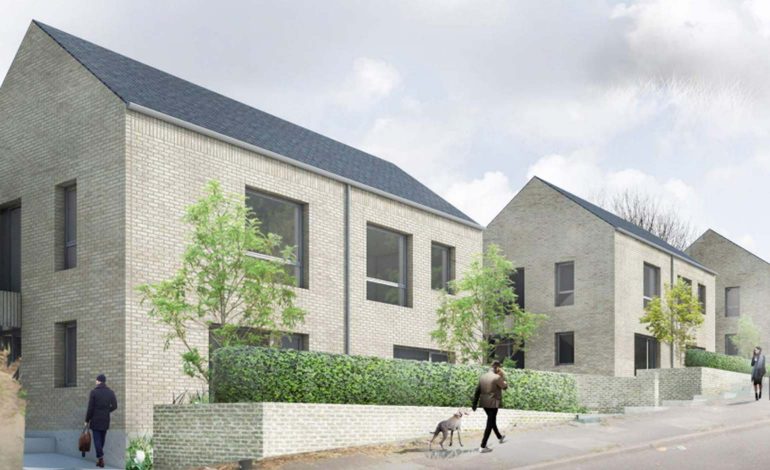 Its redevelopment could generate more than £1million for the authority.

Permission was granted in 2018 to demolish the church and build nine homes, but a number of amendments have been proposed to the “poor” plans.

The new application has been called to the planning committee by Southdown ward members Paul Crossley and Dine Romero, who also leads B&NES Council, to ensure “complete transparency”.

No affordable homes are proposed.

Attendance rates at St Joseph’s had been in decline for a number of years. The church was put up for sale by the Diocese of Clifton after it secured planning permission in May 2018 to redevelop the redundant site with nine three-bed houses.

It was bought by Aequus after B&NES Council agreed in February to loan it £2.75million.

The decision notice said the deal could bring in more than £1million for the authority.

Aequus – which is wholly owned by the council – has drawn up revised plans to “improve the quality and marketability” of the homes.

No affordable homes are proposed – they are required in developments of 10 or more houses and Aequus only aims to be policy compliant.

The company’s other objectives include maximising revenue for B&NES Council and to deliver developments.

Councillors Romero and Crossley both said: “I am concerned that a number of neighbours to this development have raised objections on the number of houses being proposed, as well as questions over the increase in traffic onto the highway.

“In light of the above, and as this is an application is from a council-owned company, and so to ensure complete transparency over the decision making, could this application be considered by the planning committee?”

Papers for the meeting say committee chair Matt McCabe agreed because “full transparency is required on this application”.

Recommending approval, planning officers said: “The proposed development is considered to contribute positively to the visual amenities of the area, adding a contemporary development that respects the general form of the surrounding area.

“The development is not considered to result in any highway safety issues, unacceptable impact to residential amenity or any other harm.”

The application will be considered by B&NES Council’s planning committee on July 31.