Campaigners are urging residents to make their voices heard once again ahead of an appeal on controversial plans to build 186 student bedrooms and 104 flats in Bath. 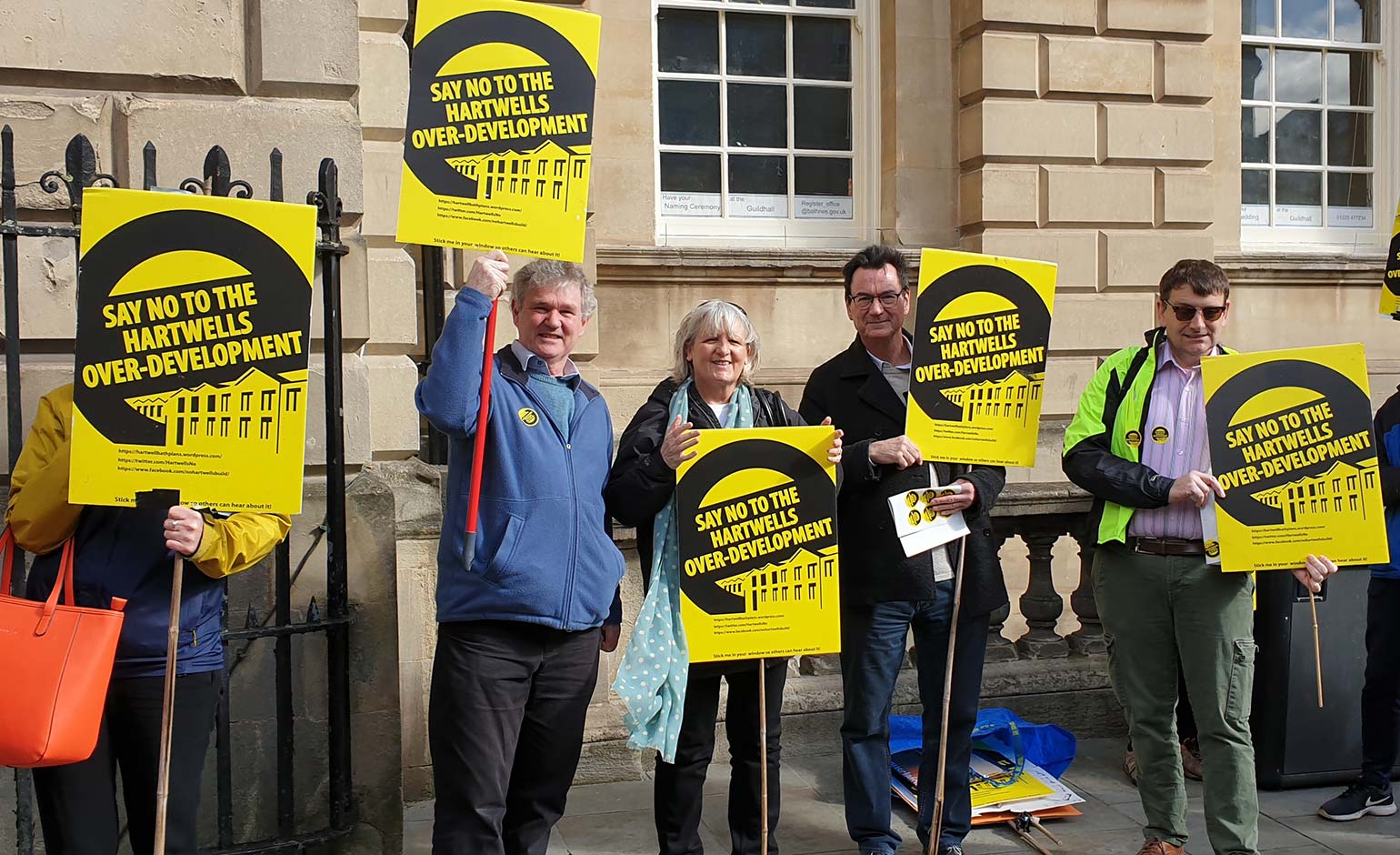 Alan Champneys from the No to Hartwells Student Build group described the Oakhill Group’s appeal as “cynical” when Bath and North East Somerset Council gave clear reasons for refusal.

The developer has refuted the claim and said there is “nothing unusual” in exercising its right to appeal.

Some 274 people opposed its proposals for Hartwell Garage, saying they were “unwanted and fundamentally flawed”.

But Professor Champneys said the planning inspector may not assume those objections still stand, so asked residents to reiterate their concerns.

The University of Bristol lecturer said: “This is a cynical attempt by an extremely rich developer. They don’t care about wasting council taxpayers’ money post-pandemic.

“They don’t care about what the local community want. It’s uncertain whether there will ever be the same demand for student accommodation.

“It’s a catastrophic waste of money, given there were clear reasons for this to be rejected.

“This is two fingers up to the people of Bath.”

Rejecting the proposals in March, planning committee members said the site was only allocated for 100 homes, and what was proposed was inappropriate and failed to provide an appropriate mix of housing.

The council expected 40 per cent of the homes on the site affordable but the developer said only 12.5 per cent would be viable.

Newbridge ward member Michelle O’Doherty said she “couldn’t be prouder” to represent her community when the application was rejected.

She said this week: “I want to encourage people to comment. It seems the developer is going to use as much muscle as it can.

“This development was universally unwanted. Residents would be happy to see the site redeveloped but not to see 400 people shoehorned in with little space.

“It seems like a cynical ploy by the developer who will be able to pay for QCs the council won’t be able to afford. That’s their best opportunity to get the decision overturned.

“We will be doing what we can to make sure the inspector listens to residents.”

A spokesperson for the Oakhill Group said the application followed 11 months of detailed scrutiny by council officers, who had recommended it for approval. Councillors went against that recommendation.

“After careful consideration Oakhill have exercised their legal right to appeal the decision of the council, and the appeal will be heard by an independent inspector appointed by the secretary of state,” the spokesperson said.

“Third parties have a right to participate in the appeal process and there is nothing unusual or cynical in what is taking place.

“The council gave six reasons for refusing the Oakhill proposals, but those reasons were not supported by council officers. A public inquiry which is scheduled to take place in February 2021 will test the arguments from both sides in a fair and transparent way.

“The Hartwell car dealership on the site closed down in February 2019 and it is necessary to find a new long-term use for the site that is viable and compliant with the council’s development plan.

“The Oakhill proposals do that by providing over 100 apartments for rent, purpose-built accommodation for 186 students, and a small retail unit, and will deliver the missing elements of the Bath sustainable transport route.”

The deadline for comments is Wednesday 14th October. They can be submitted by clicking here.