The organisers of Peasedown’s Party in the Park are looking for an assistant Entertainment Manager to help with the ongoing growth of the annual popular event. 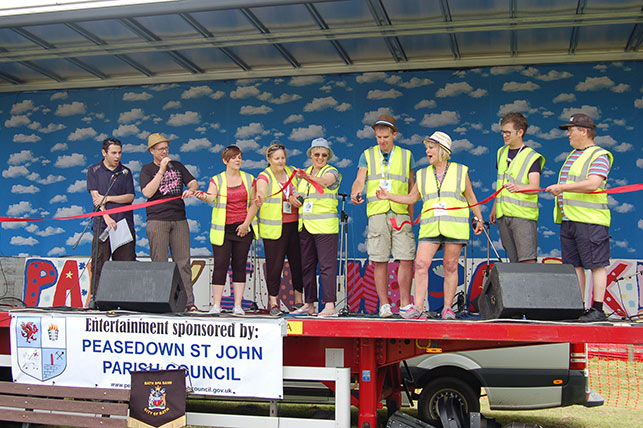 The Party in the Park team was set up seven years ago to organise the summer extravaganza – which attracts over 2,500 people who enjoy seven hours of live music and entertainment in the centre of the village.

Due to the growth and popularity of the event, the festival team is keen to recruit someone to work with Entertainment Manager, Danny Brothers to organise the acts and performances on the main stage.

Danny said: “Increasingly every year we have performers approaching us up-to a year before each festival to ask if they can take part.

“Over the last six festivals we’ve seen some fantastic acts entertaining crowds of over 1,000 people at a time. Due to the support of local people, a performance slot at our event has become highly sought after throughout the regional music scene.

“We’ve also had bands from across the country travel from afar to perform at Peasedown’s Party in the Park.”

Last year, Radstock’s Battle of the Bands competition saw winners Rivers of England being awarded a prime performance slot at Party in the Park.

The festival team is looking for someone with energy, confidence, commitment, and a passion for the music industry.

The individual must have an ear for various musical genres, be able to work as part of a team, and have excellent organisational and admin skills.

The Party in the Park festival team is made up of eight volunteers who meet once a month, with much of the event organisation happening outside of meetings.

Festival chairman Nathan Hartley said: “This is a fantastic opportunity for someone with a passion for the local music scene to find out what happens behind the scenes of organising a summer community festival.

“Our Entertainment Manager, Danny Brothers, has been an asset to the festival since he joined us in 2012. Anyone working alongside him will be able to gain new skills and knowledge that’ll prove to be invaluable.”

The Party in the Park Assistant Entertainment Manager is an unpaid, voluntary role. For more details contact: