‘Jane Austen’s Bath’ is the title of a new exhibition which will run at Bath & North East Somerset Council’s Victoria Art Gallery from 4th July throughout the year until October. 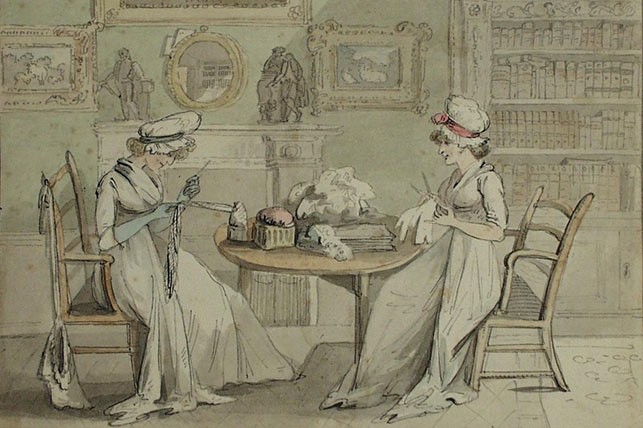 Featuring some of the gallery’s best watercolours and prints, visitors will be able to see the Bath that Austen saw on her visits here, experiencing the sights and sounds and the places so vividly depicted in her novels Persuasion and Northanger Abbey.

Highlights include several manuscripts and two letters written to her sister, Cassandra, borrowed from Jane Austen’s House Museum in Chawton.

The first was sent from Bath, in which Jane describes her social life here and the second from Bond Street in London.

The exhibition will also feature a hand-written poem by Jane and period accessories, including gloves and an umbrella.

Councillor Patrick Anketell-Jones (Conservative, Lansdown), Bath & North East Somerset Council’s Cabinet Member for Economic Development, said: “This is an unique opportunity to see Bath through the eyes of Jane Austen, who lived here between 1801 and 1805.

“The show is free to local Discovery card holders and has been organised to coincide with the Jane Austen Festival in September.”

“Her characters came here looking for love, entertainment and the chance to meet new people. For all of them it was a place to broaden horizons and escape everyday life.

“Although her first documented visit to Bath was in 1797 when she was 22, members of her family had been living here for years, as is demonstrated by the marriage certificate of Jane’s parents from St Swithin’s Church, a copy of which is featured in this exhibition.

“It is likely that she visited Bath regularly during her childhood and knew the city well.

“Jane Austen didn’t write a great deal during the years she lived in Bath. There are rumours that this was because she was depressed and unhappy here.

“It is true that she experienced personal tragedy here – her father died suddenly at their home in Green Park. However, because many of the letters that she wrote here were later destroyed, we know very little about how she actually felt about Bath.”