Don Foster, the MP for Bath, has welcomed the news that 6,653 self employed people in Bath will benefit from pensions reforms being debated by MPs this week, which will bring in a simpler, fairer state pension for future pensioners. 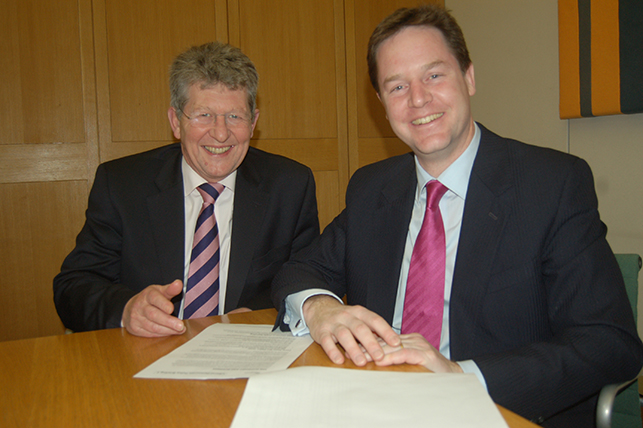 In the past, self employed people missed out on a higher state pension because they could not qualify for the second state pension, despite having paid National Insurance contributions all their lives. This left them relying on a basic state pension of just £107 a week.

Under the new system, anyone who has 35 years of working or caring will qualify for a decent, flat rate pension of £144 a week. The reforms will also treat men and women equally for the first time, with 750,000 women getting an average £9 a week extra within the first ten years of its introduction.

It will be set above the basic level of the means test and will value unpaid caring work just as much as a high-flying city job.

Commenting, Don Foster MP said: “Now, 6,653 self employed people in Bath who chose to get on with running their own business will be properly rewarded for their contributions and will not lose out later in life. This is especially good news as it comes alongside the Coalition’s triple lock, which has given pensioners the biggest cash increase ever in the state pension and increases the state pension by inflation, prices or earnings, whichever is higher.

“I am delighted that these pension reforms, coming from a Liberal Democrat minister, will create a simpler and fairer state pension. For too long, hard-working self employed people and carers have been getting a raw deal, despite the incredibly valuable contribution they make to our economy.

“I am proud to see the Liberal Democrats in Government restoring fairness and simplicity to our state pension system.”