A new mobile library timetable is being rolled out by the Council to improve the service in line with its Community Library Programme. 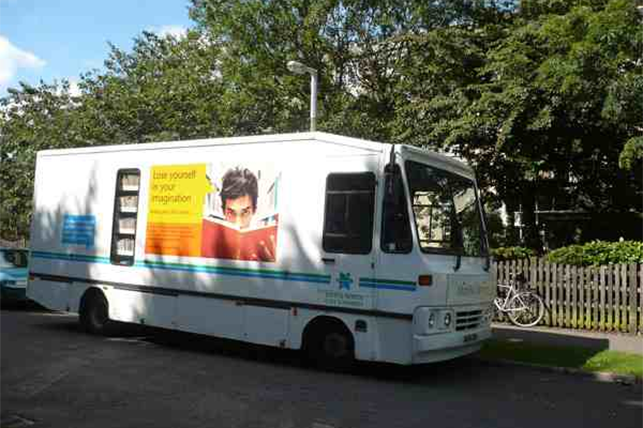 The Council is enhancing its Library Service in response to feedback from local people about how the wide range of services available should be provided in the future.

This includes retaining all of its existing library branches and introducing the Community Library Programme – in which residents can get involved in running libraries at community centres and village halls through local groups or organisations.

The reduced timetable is as a result of the Council taking one its two mobile library vehicles off the road.

The new timetable will mean that the mobile library will have fewer stops and visit communities less frequently than at present as the Council slashes its Libraries budget by half a million pounds over the next two years.

The publication of the revised timetable comes following a campaign by Conservative councillors to save the mobile library from being axed entirely by the Liberal Democrat-run authority.

The new timetable, which starts from 29th July 2013, has been developed to enable a fortnightly service to continue to all communities that require it. In villages with multiple stops the number of stops has been reduced and the mobile library will stay for longer at the remaining stops.

Cllr David Dixon, Cabinet Member for Neighbourhoods said:  “This new timetable has been developed in response to feedback from local people as we know that the mobile library service is highly valued. Therefore it will continue to play a big part in our library service offer to communities alongside Bath & North East Somerset Council’s eight branches and the new community libraries. I am very pleased that the mobile library will still be visiting most of the communities in Bath and North East Somerset who currently use the service.”

The following criteria were used to identify where mobile library stops were no longer needed:

Conservative Group Leader, Cllr Tim Warren, said: “A reduced mobile library is at least better than no mobile library at all, which is what B&NES had originally been planning.  It was only as a result of huge public pressure that the Lib Dems backed down and agreed to keep one of the Council’s two mobile libraries on the road.

“The mobile library is a really valued service, which is well used by residents throughout the area, particularly older people and young children.  To axe it entirely would have been complete folly.

“We would urge users of the mobile library to give their feedback to the Council on the reduced service once actually implemented, so that alterations can be made to the timetable as necessary.  The Community Library programme is a good one.  But it’s yet to be seen whether it can provide a full alternative to the mobile library, so we will continue to press B&NES on the need for this service and warn against any plans to cut it further.”

Details of the new timetable for the mobile library are available via Bath & North East Somerset Council’s Library Service webpage or by calling Council Connect on 01225 394041.