Customers who have booked Christmas parties at Komedia Bath will dine on award winning local produce, after the venue was recognised as Best Christmas Menu for 2013 by Taste of The West. 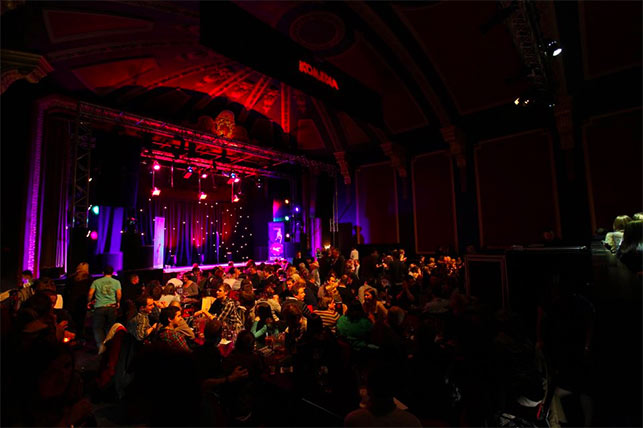 Komedia Bath has been recognized for its continued commitment to locally sourced, ethical produce, by being crowned as the “Best Christmas Menu 2013” by Taste of the West.

The prize was awarded by a panel of judges from Taste of the West, beating off strong competition from other venues, restaurants and pubs in the West of England.

This year’s Christmas menu at Komedia Bath has a truly ‘local’ feel, with the majority of produce sourced from suppliers near to the venue, including Paxton & Whitfield, Style Farm, Wing of St. Mawes and the Thoughtful Bread Company.

Komedia Bath and Komedia Arts Café has racked up the awards in 2013, winning Best Breakfast at the Bath Good Food Awards as well as being named as one of the ‘Top 5 Vegan-friendly cultural venues in the UK’ by leading animal rights charity PETA.

Komedia Bath’s Head Chef, Tom Davey, was delighted to have been recognized by Taste of the West. He said: “Here at Komedia Bath we take pride in sourcing our produce locally and a lot of our customers are always positive about the food that we serve. We work with some of the best suppliers in the region and are continually striving to ensure that the food we serve is the very best it can be.”

“It’s an honour to win any award, but to say that we’ll be cooking the Best Christmas Menu this year is something that myself and the rest of the team at Komedia Bath are truly proud of.”

This year’s Christmas menu is available at all of Komedia Bath’s Christmas shows in December, full details can be found online at www.komedia.co.uk/bath/xmas or by calling the booking line on 0845 293 8480.