A mural to celebrate African women in healthcare has gone on display in the Atrium at the Royal United Hospital in Bath. 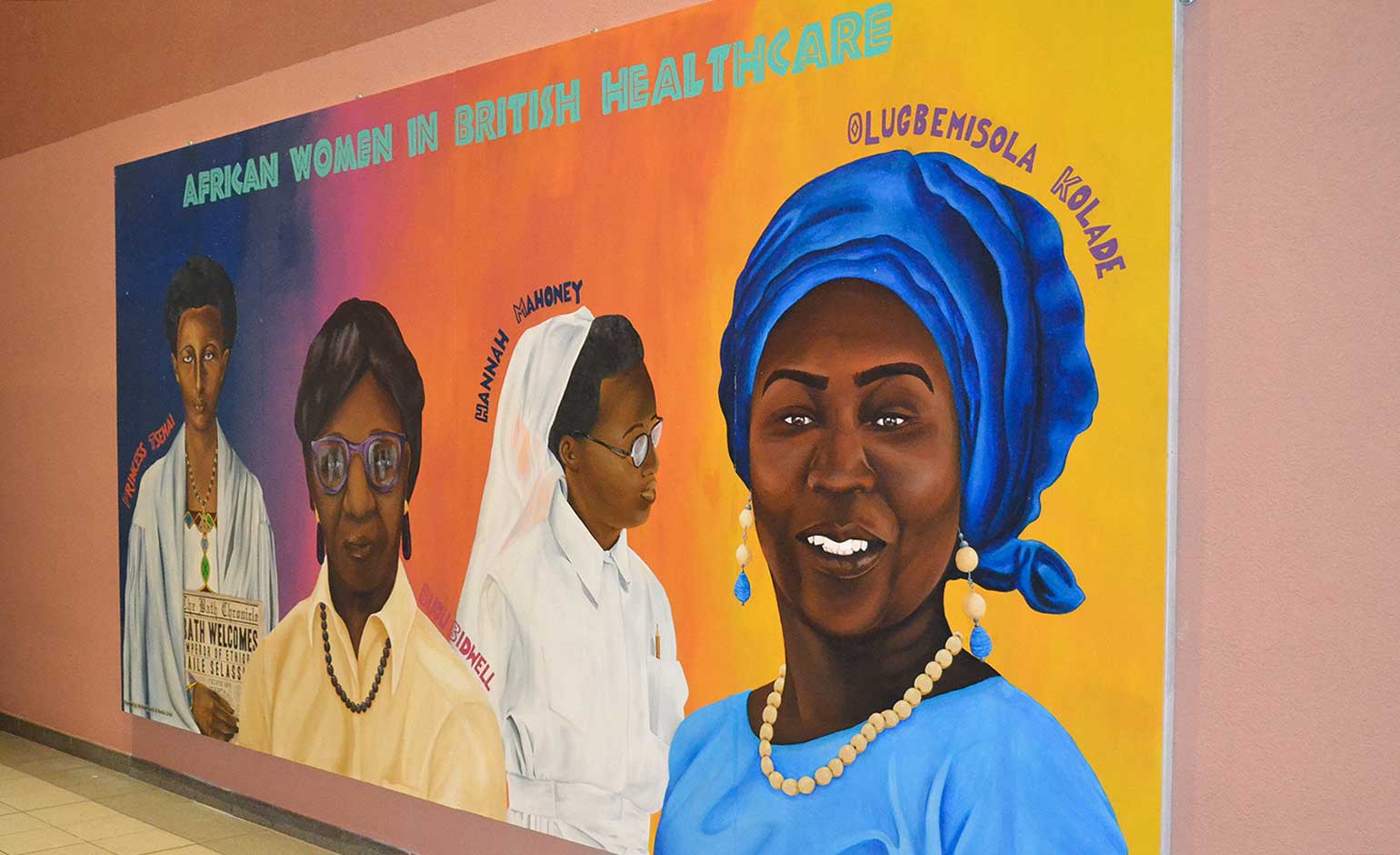 The new mural on display | Photo courtesy of the RUH

The new artwork is a product of a three-year research project by the Young Historians Project, a non-profit organisation formed by young people of African and Caribbean descent.

Heritage Interpreter and Artist Michele Curtis set up a studio on the hospital site to create the painting during October’s Black History Month, with assistance from Consultant Artist Nadia Lloyd. 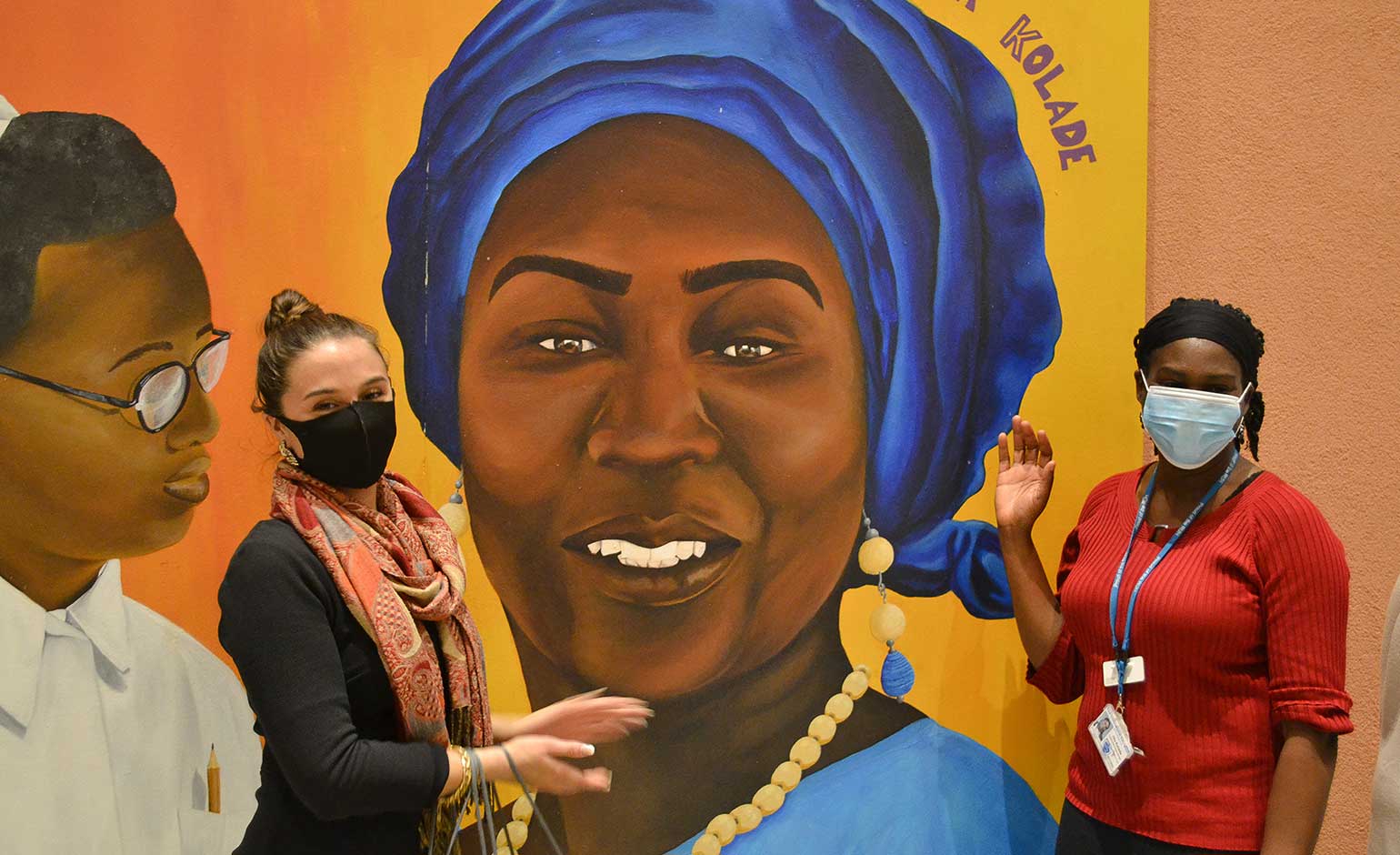 “I’m so pleased we’ll have the beautiful mural here as a daily reminder of how important our history is and the African women who have contributed to this.

“Our diversity makes us stronger, and it’s vital we continue working on initiatives to welcome staff from all backgrounds and support people to further progress in their careers with us.”

The work by the Young Historian’s Project was funded by the Heritage Fund, and aimed to expand understanding of the history of African women in the NHS and in healthcare more generally.

The extensive research has resulted in a docu-series, an online research hub, an e-book, a podcast and the RUH’s commemorative mural.

“We’ve been extremely lucky to have commissioned Michele for the mural, who’s perfectly interpreted our ideas and research, and transformed them into a beautiful art piece.

“We hope this work inspires more people to engage with and research the history of African women in Britain’s healthcare sector, to ensure it is no longer a ‘hidden’ history.”

RUH Transformation Support Officer Olugbemisola Kolade is featured in the mural, along with other important women from healthcare history:

Mural artist Michele Curtis said: “It’s been an absolute honour to work with the Young Historians Project to create this mural and help their vision materialise.

“I champion this project and I’m very excited to be a part of its evolution.”

The mural is now on display for visitors to see.