A consultant surgeon from the RUH in Bath is celebrating after securing a new British record in one of the world’s toughest and most physically demanding competitions, a Quintuple Ironman race. 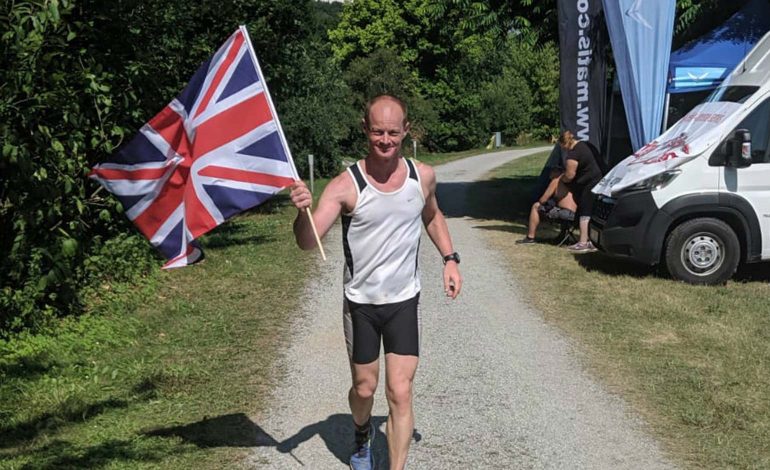 Consultant Head Neck and Thyroid surgeon Stuart Gillett completed the race, which took place in Austria, in 75 hours, 15 minutes and 22 seconds – coming third overall and smashing the previous British record by over 24 hours.

As if completing the race wasn’t impressive enough, Stuart made it to the end having taken on average only one hour’s sleep each day for the period of the race.

Stuart said: “I had a total of three, one-hour breaks across the three days, and it’s fair to say it took its toll – on the run I got so tired that I was actually beginning to hallucinate.

“It’s not just a physical challenge, a lot of it is psychological too. The swim for me was the most difficult part – it was just so boring!”

Perhaps unsurprisingly, a passion for running and a strict training regime are part of Stuart’s daily life.

“I have been competing in ultra-distance running events for many years and moved into ultra-triathlons two years ago,” he said.

“I train six days out of seven and I’ll usually cycle or run on my commute to work, from my home near Bradford on Avon to the RUH in Bath.

“It’s a real honour to hold the new British record but I’m not finished yet – my aim is to go on and complete a deca Ironman race.”