New figures published by Public Health England (PHE) have revealed some of England’s poorest areas are fast food hotspots, with around a third of outlets found in the most deprived communities. 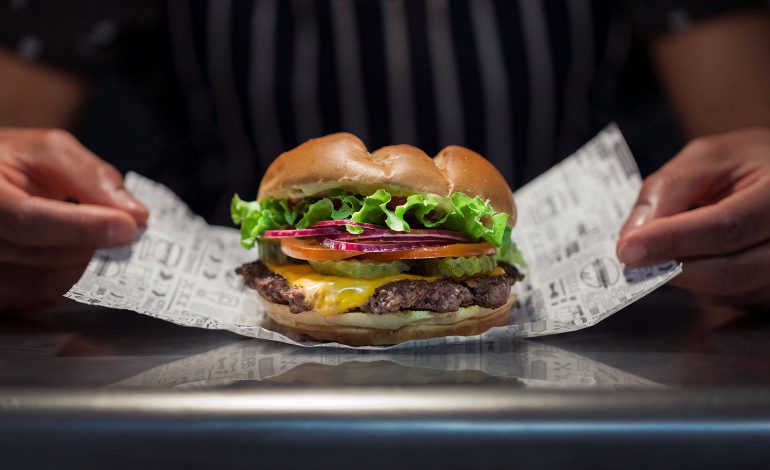 The analysis shows that there are 4,402 takeaways in total across the South West region.

The map shows how many fast food outlets, including chip shops, burger bars and pizza places, there are in each local authority.

The density of fast food outlets in local authorities in the South West ranges from 42.6 for Mid Devon to 128.3 for Weymouth and Portland per 100,000 population.

PHE is urging local authorities to develop ‘healthier zones’ to help tackle childhood obesity. They can consider limiting the growth of new outlets in areas with high concentrations of fast food outlets, high levels of deprivation, or where children gather – including near schools, community centres, parks, playgrounds and other open spaces.

Local authorities in the South West are already taking action with Bristol, Plymouth and Torbay already having 400 metre restrictions in place.

However, more commitment is needed across England, and PHE has helped develop stronger planning guidance to support other areas in doing this.

The data revealed that Bath and North East Somerset has 146 fast food outlets.

While not all fast food is unhealthy, it is typically higher in salt, calories and saturated fat, all of which can cause serious health problems when consumed too often and in large quantities.

Children with excess weight are consuming up to 500 extra calories per day, so creating healthier environments could play an important role in tackling obesity and health inequalities.

Over a third of children are overweight or obese by the time they leave primary school, with this figure often higher in deprived communities. This increases their chance of being overweight or obese adults and suffering preventable diseases including type 2 diabetes, heart disease and some cancers.

The local environment has a huge influence on our behaviours. Streets saturated with fast food, often with no or limited nutrition information, can affect what – and when – we eat.

Children exposed to fast food outlets, whether out with friends or on their way to and from school, may find it more difficult or less appealing to make healthier choices.

Professor Debra Lapthorne, Centre Director for Public Health England South West said: “We are working with partners across the South West to support families to eat more healthily and be more physically active through campaigns such as Change4Life.

“All councils in the South West have plans to tackle childhood obesity. However, we know that the local environment is really important and we want to make it easier for families to make a healthy choice.

“This is why we are encouraging  local authorities, which haven’t already got policies in place, to consider restricting fast food outlets in areas of over concentration and 400 metres from where children gather – including schools, community centres, parks, playgrounds and other open spaces – as a way to tackle childhood obesity.”

This can be through using less salt, sugar and saturated fat, as well as offering customers smaller portions. Many areas have healthy catering schemes to reward local retailers.

PHE has also challenged major players in the food industry to remove 20% of calories from popular foods – including chips, burgers and pizzas – by 2024 as part of its steps to address childhood obesity.

With a quarter of our calories coming from food consumed outside the home, restaurants including fast food outlets and takeaways are expected to play their part.

As part of its One You campaign, PHE has helped consumers find healthier options by partnering with major high street retailers, where millions of people buy their food every day.