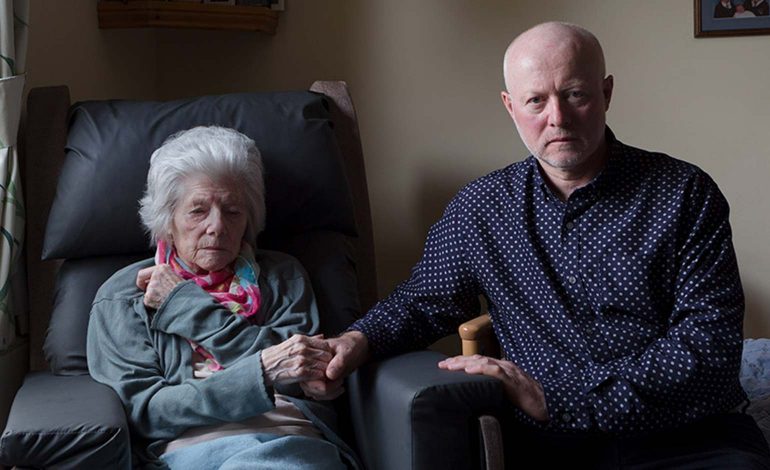 Philip Scott and his mum Sylvia

The report was commissioned by Alzheimer’s Society from the London School of Economics and Political Science.

It predicts that as the population ages, a higher proportion of people with dementia will have higher care needs for longer, driving up the average amount spent on care.

It shows more than 60% a year of social care costs in England will fall on people with dementia and their families.

Previous research by Alzheimer’s Society has shown that someone with dementia will typically have to spend £100,000 on their care.

With the number of people living with dementia set to almost double by 2030, Alzheimer’s Society’s call ahead of the general election, from its Fix Dementia Care campaign, is for all political parties to commit to radically reform dementia care.

The charity says it should be funded like other public services, such as the NHS and education, where the cost is shared across society, protecting individuals and their families from the devastating costs of specialist dementia care.

Alzheimer’s Society released the figures as it launched its election manifesto, ‘Demanding action on dementia’.

Marion Child, Alzheimer’s Society South West Head of Region said: “Dementia is heart-breaking for families. It’s not right that those going through it have to battle to get the care they need on top of battling the disease.

“From the working mum struggling to find hundreds of pounds every week to ‘top up’ her mum’s council-funded care home place, to the woman who had to sell her home of 50 years to pay for her husband’s care – families affected by dementia are already at breaking point.

“With costs set to treble in the next two decades, how on earth will they cope?

“The cost of dementia care is too much for an individual to bear. It should be spread between us – just like schools, the NHS and other public services.

“Every party must go into this election with a solid plan to radically reform dementia care. Families in crisis need action, and they need it now.”

Philip Scott’s mum Sylvia, 90, is in the late stages of dementia, and her house was sold to help pay for her care.

“The whole process of having to argue again and again why my mum needed support was really harrowing. It took three attempts before we managed to get Continuing Health Care funding for her, and even now we are afraid that the funding will be taken away.”

“People with dementia have been side-lined and treated very differently to those with other diseases.”

Alzheimer’s Society is calling on people to back their Fix Dementia Care campaign by signing up at alzheimers.org.uk/fixcampaign.