Anxious parents waiting while their child has surgery at the Royal United Hospital in Bath are now being given special pagers to alert them when all is well. 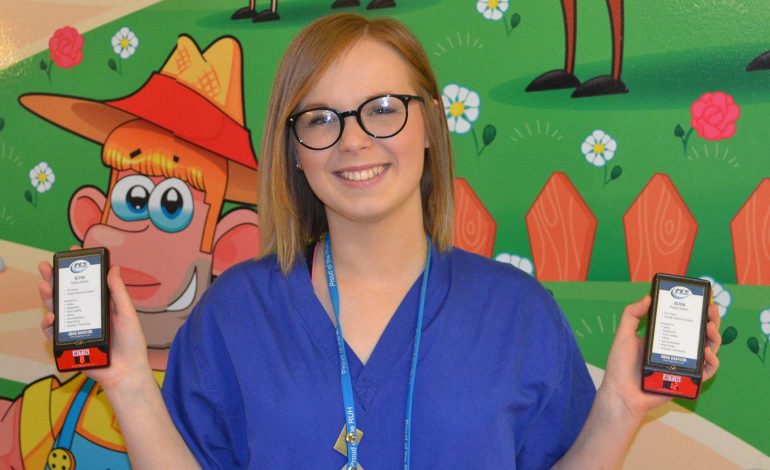 What began as a trial in the Recovery Unit has proved so successful that it’s now being extended to other areas of the hospital.

Instead of being contacted by their mobile phone, parents are now given a pager which bleeps to let them know when their child is waking up.

Consultant anaesthetist Fiona Kelly, who helped set up the initiative, said: “Mobile phones aren’t always reliable – some parents have their phone turned off or turned down, and some might not have a mobile.

“We’ve shown that a personal pager is a much more reliable way of contacting them when they’re needed.

“A pager gives parents or carers a sense of reassurance and lets them have a break, for example to leave the ward and go to the hospital cafe?, while their child is having their operation.

“Parents often do not eat and drink on the morning of surgery while their child is nil by mouth, and this can make a difficult day for them even harder.

“The pagers also guarantee that parents can be easily called when they’re needed, meaning they can be quickly reunited with their child in recovery. This gives the parents a greater sense of control.” 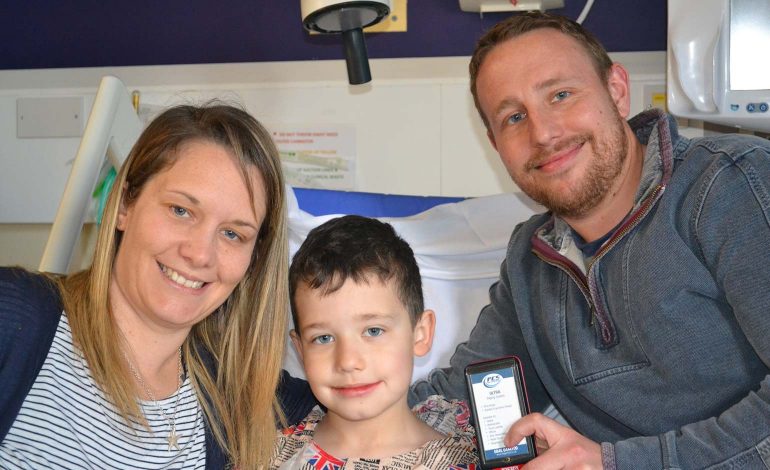 Kerry and Neil Sidwick, with their son Charlie

Some 3000 children from two months to 18 years old are anaesthetised each year at the RUH.

A 2017 survey showed that, before the pager system was introduced, it took an average of 23 minutes for a parent to rejoin their child in the Recovery Unit, and 70% of children waited for more than 15 minutes.

Using the pagers has cut that time to an average 2.8 minutes, with no child waiting more than 11 minutes.

Fiona Kelly added: “The feedback has been really positive, with parents saying how big a benefit the pagers are, improving their child’s experience and making it much less stressful for them.”

Kerry and Neil Sidwick were given a parent pager when their son Charlie had an operation to have four teeth removed.

Kerry said: “The pager gave us reassurance that we would not miss Charlie waking up. It meant we could pop and get a coffee without risking not being there for him.”

The pagers were funded by the Friends of the RUH charity and the Trust’s Innovation Panel, where staff pitch for funding for ideas that improve patient care and experience and efficiency.

Identical pagers have been successfully introduced in the Intensive Care Unit for family and friends of patients, and it is now hoped to roll out pagers in pharmacy and in other wards and hospital areas.

The pager programme is supported by the Trust’s Patient Experience Team. Lead Sharon Manhi said: “As a Trust, we are committed to ensuring that we use the experience of our patients, families and staff to improve the care that we provide.

“Introducing these pagers is a brilliant example of a simple idea that we can demonstrate has real benefits to all concerned.”