A group of Bath nurses were invited to a special royal reception yesterday, Wednesday 14th March, at Buckingham Palace in London to thank frontline staff working in the NHS. 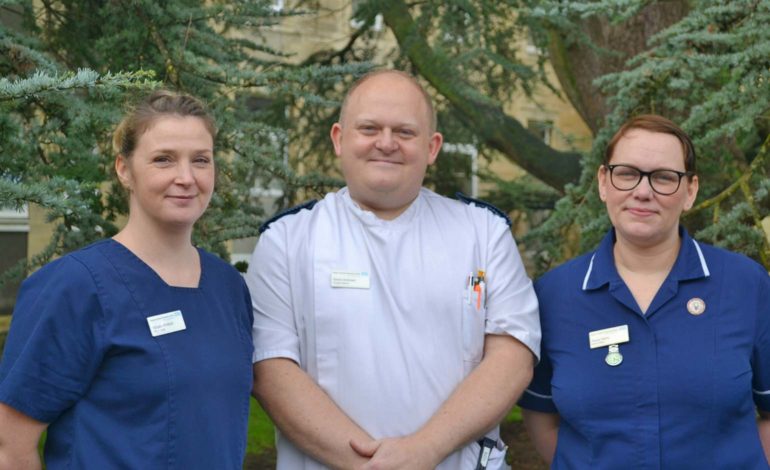 Five nurses from the Royal United Hospitals Bath NHS Foundation Trust joined more than 350 NHS guests from all over the country at Buckingham Palace.

The reception was hosted by The Prince of Wales, on behalf of Her Majesty The Queen, to celebrate nursing in the UK.

Simon Andrews, surgical matron at the RUH said: “The invitation came out of the blue. It’s a surprise and a great honour – we’re all really pleased that the nursing profession is being recognised.”

Tanya Harris, senior sister on the ACE older persons’ assessment ward, said: “It’s lovely to receive an official Royal thank you. It’s not just for us, it’s for all of the staff here who work so hard.”

Vicky Whittock, a sister in the Emergency Department, said: “We’re all looking forward to the event, visiting Buckingham Palace for the first time and hopefully actually meeting Prince Charles. It’s nice for everyone that the NHS is being celebrated.”

She said: “I am thrilled and honoured to be going to Buckingham Palace. My role means I am involved in the way NHS services are commissioned and delivered and this nomination demonstrates how commissioning nurses can have a positive influence on front-line nursing and patients.”

The guests represented nurses from throughout the profession, from hospitals to general practice to community nursing, nursing homes, and nurses in the armed forces and prisons.

His Royal Highness The Prince of Wales is a long-time supporter of the healthcare sector and is Patron of several charities which involve and support nurses, including Macmillan Cancer Care, Marie Curie and The British Red Cross.