Actress Stephanie Cole OBE, best known for her roles in sitcom Still Open All Hours, Coronation Street and Waiting for God, has launched a new appeal on behalf of the Bath Cancer Unit Support Group. 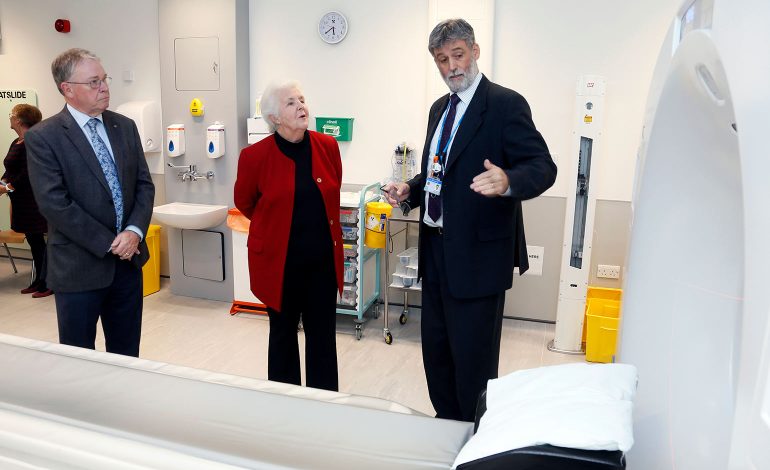 The actress, who also starred in the 1980s television series Tenko, has been appointed president of the charity, which provides a range of equipment and facilities for cancer patients at Bath’s Royal United Hospital.

The Bath Cancer Unit Support Group (BCUSG) is looking to raise £369,822 for three new projects that will improve outcomes for cancer patients from Bath and the surrounding area.

The charity is also looking to provide additional funds so that the NHS can upgrade its Solid-State Gamma Camera, which will provide better images for cancer diagnosis.

Stephanie Cole, who also starred in the successful ITV series Doc Martin for several series, joined senior health professionals from the Oncology and Radiotherapy Unit at the RUH on Thursday, 8th November, to launch the appeal.

The actress, who lives near Bath, said: “I am honoured to have been appointed president of a charity that does such important work to support cancer patients by raising money for vital equipment not provided by the NHS.

“We want to do even more to transform cancer care at the RUH and are asking local people and businesses to donate what they can to our new appeal and improve outcomes for many more people with cancer.”