As the South Western Ambulance Service contiunes to experience an escalating number of assaults and abuse, two paramedics in Bath have welcomed the prosecution of one of their patients. 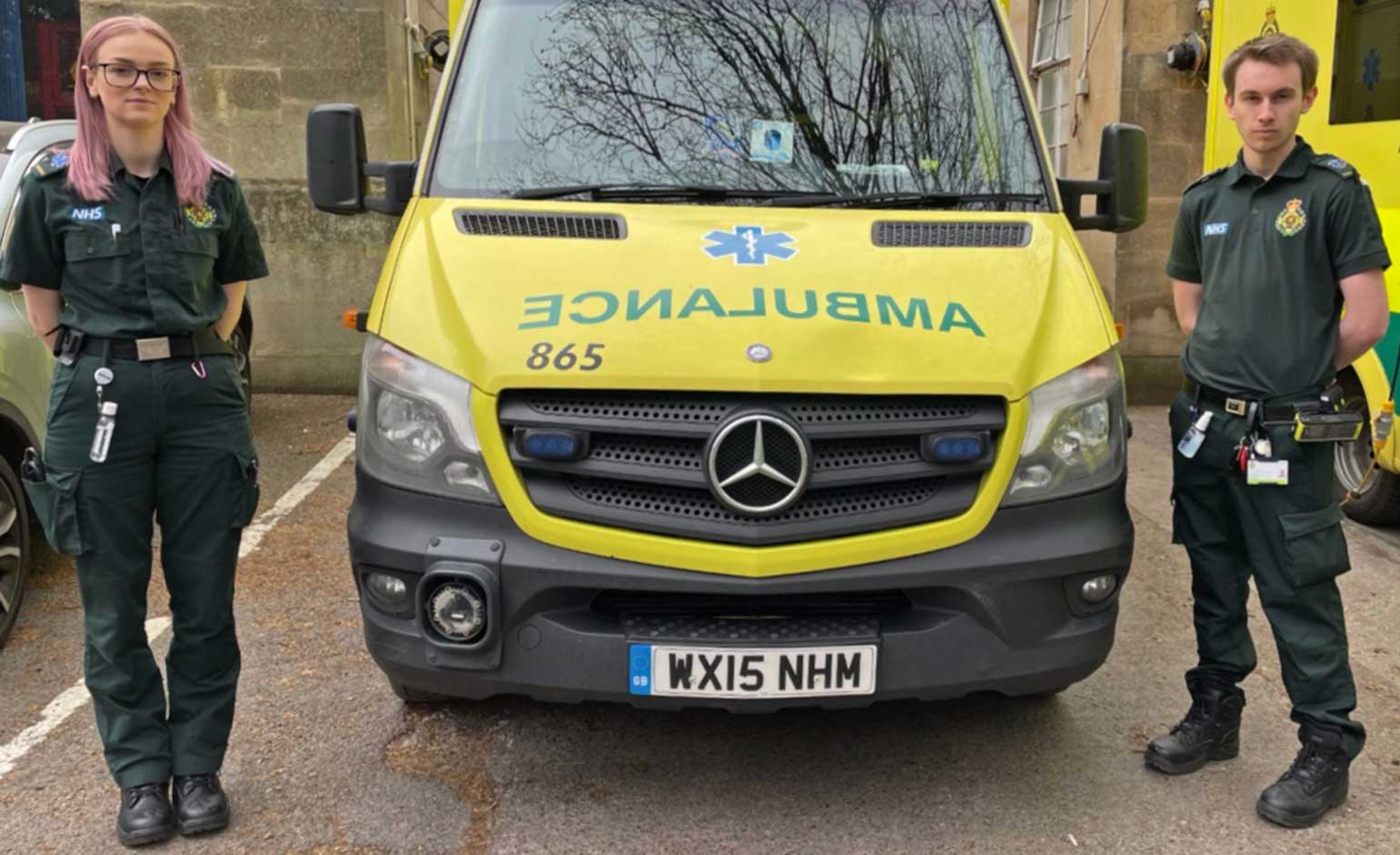 Staff at the South Western Ambulance Service NHS Foundation Trust reported 1,747 incidents of violence and aggression from patients and other members of the public during the 12 months after the UK first went into lockdown last year.

They represent a 33% increase in reported incidents from the previous 12 months.

Newly qualified paramedics Dan Williams and Kyiah Ellis were among those assaulted on duty by a patient.

They responded to a potentially serious incident, involving a man who was reportedly unconscious on a bus, in the Weston area of Bath on 12th February.

The man, who appeared to be under the influence of drugs, became physically and verbally aggressive soon after they arrived at around 6.50pm.

He exited the bus, headbutted its wing mirror and windscreen, and punched a parked car.

Dan and Kyiah called for police assistance and retreated onto the bus for their safety.

The man reentered the bus and spat in Dan’s eye, while continuing to shout at him and Kyiah. He was arrested by police, taken into custody and charged.

The man was convicted at Bath Magistrates’ Court on 15th February of three charges of assaulting emergency services workers, and one charge of criminal damage.

He was sentenced to 32 weeks in prison and ordered to pay a total of £300 compensation to the victims.

Dan and Kyiah said: “We welcome the prosecution, and thank the police and SWASFT for their support throughout this.

“We are disappointed that simply doing our job, and ultimately likely saving the life of the patient, resulted in us being assaulted and fearing for our own safety.

“Assaults against our ambulance colleagues are never acceptable, and leave a lasting effect on those there simply to help.”

Paramedic Mike Jones, who is SWASFT’s Violence Reduction Lead, said: “Sadly our people are victim every day to unacceptable behaviour from a minority of patients and other members of the public, while they are serving the communities of the South West and saving lives.

“Any such incident can have a lasting impact on them, their loved ones, and other colleagues.

“We take whatever is necessary to protect our people from harm, including doing all we can to ensure offenders are prosecuted through the criminal justice system.

“Please respect our people, and help them to help you.”