A small boat which was moored near to the weir in Bath has been destroyed by an intense fire this evening. 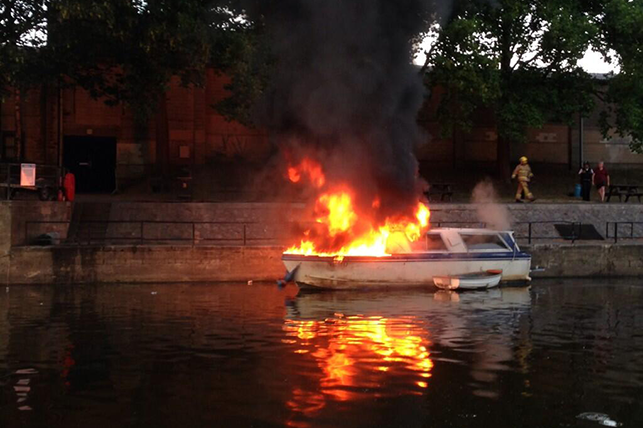 Passers-by spotted the fire in the boat just after 8.45pm.

Avon Fire and Rescue sent a team of firefighters with high pressure hose reels along the pedestrian path to battle the flames.

Thick black smoke was seen pouring into the sky from the scene, leaving residents worried about what was happening in the city centre. The Wiltshire Air Ambulance, which was crossing the area, attended the scene to make sure emergency services were in attendance.

Nobody was injured during the incident.

The fire was put out quickly, and investigations are underway to ascertain the cause. 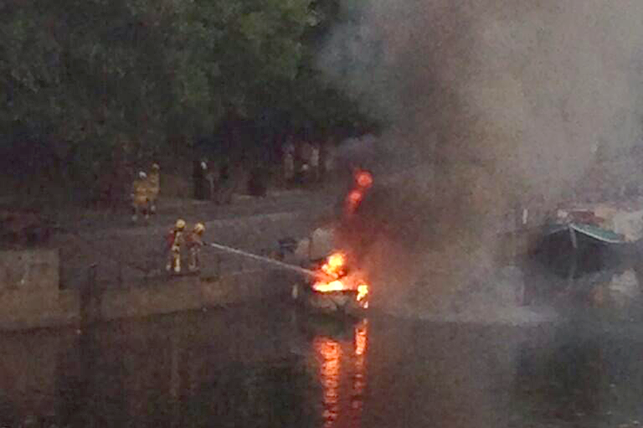 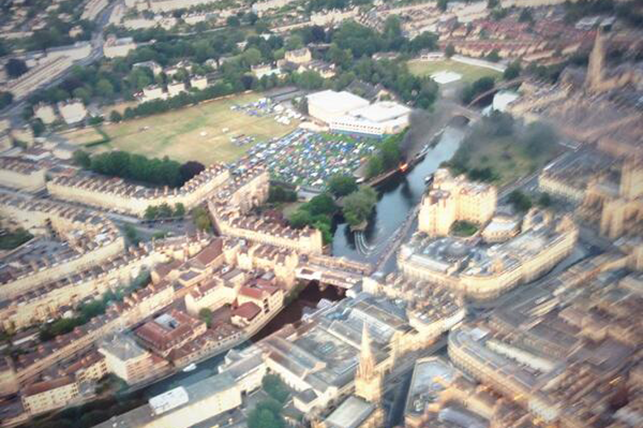 The fire, spotted by the Wiltshire Air Ambulance. Courtesy of @WiltsAirAmbu.