A woman was trapped following a serious two-vehicle collision to the north of Bath earlier this morning, Thursday 10th January, with multiple emergency service crews being sent to the scene. 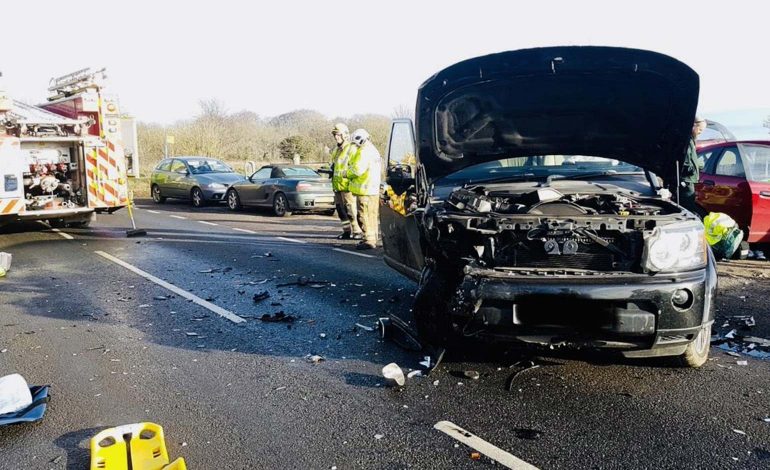 Two crews from Bath fire station, and another from Kingswood fire station, were called at 9.40am this morning to reports of the collision near Battlefields on Lansdown in Bath.

Firefighters used hydraulic cutting equipment to free a female casualty, believed to be the driver of one of the vehicles, and then rescued another casualty from the second vehicle, who was treated by paramedics.

Lansdown road is currently closed in both directions following a road traffic collision.

Police say they were called at 9.30am, with the incident happening close to Sir Bevil Grenville’s Monument. 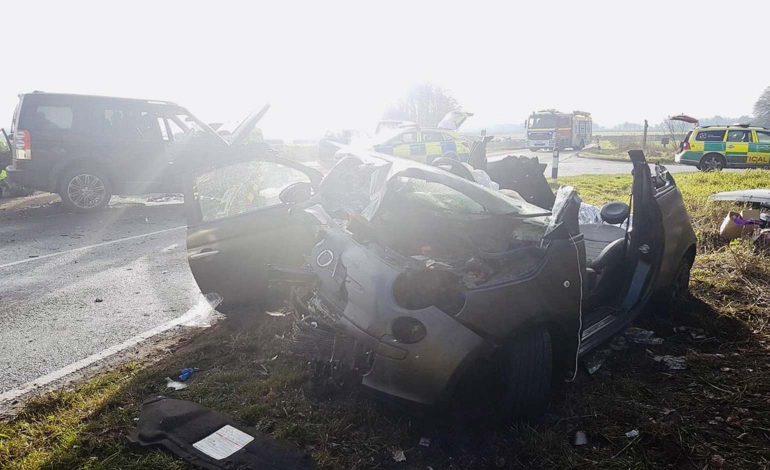 The road was closed in both directions to enable the fire service to safely work at the scene. A critical care team from the Wiltshire Air Ambulance also attended.

The female driver is believed to have received neck and ankle injuries. South Western Ambulance Service say both patients were taken to the Royal United Hospital in Bath for further treatment.