A number of classic cars have been destroyed following an intense fire involving a car transporter on the M4 near Bath yesterday evening, but luckily there were no injuries. 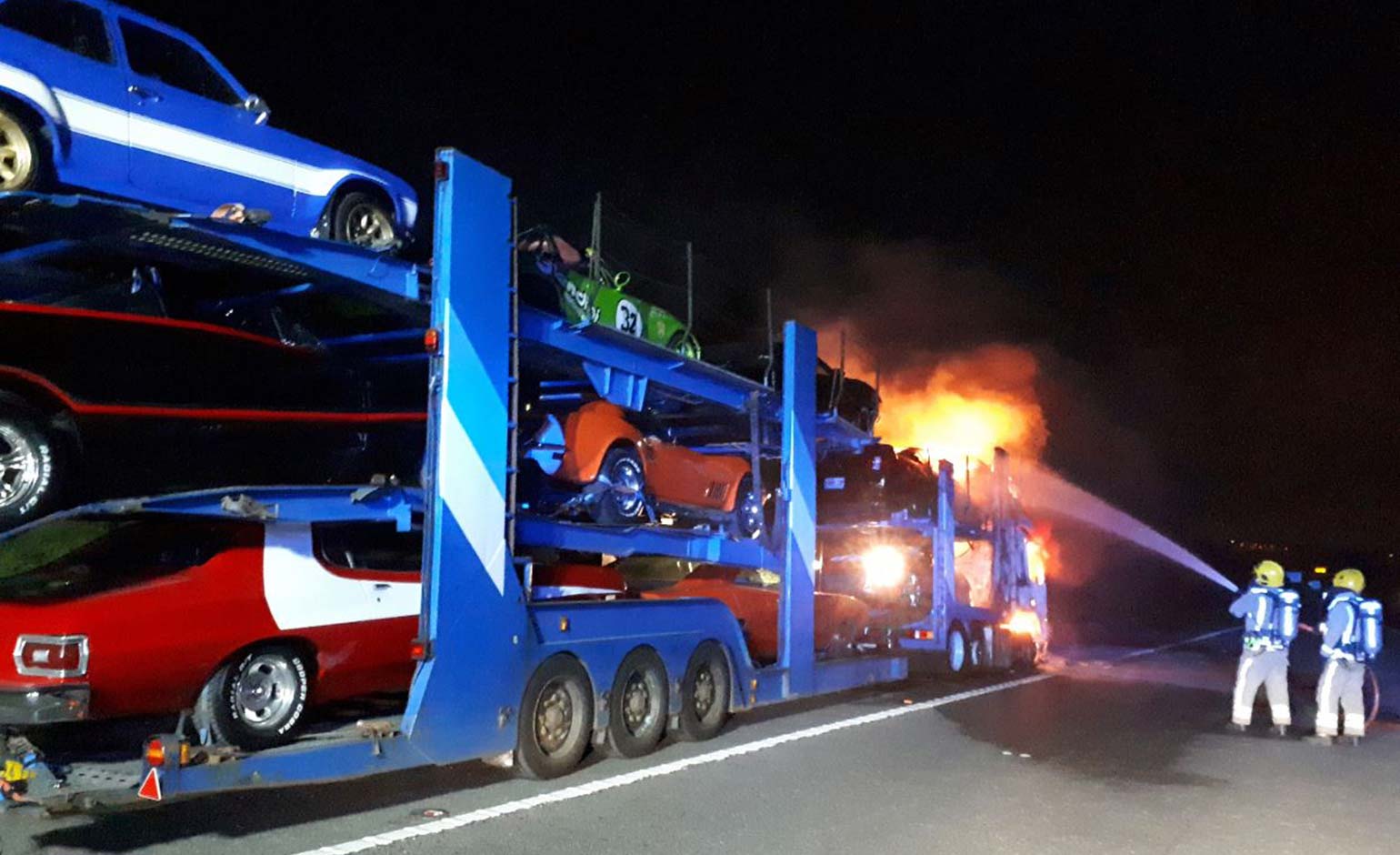 Photos from the scene show the front of the transporter well alight, and the aftermath of the blaze, which has destroyed a number of the vintage cars.

Fire crews were called shortly after 9.30pm to reports of a vehicle fire near J18 of the M4. 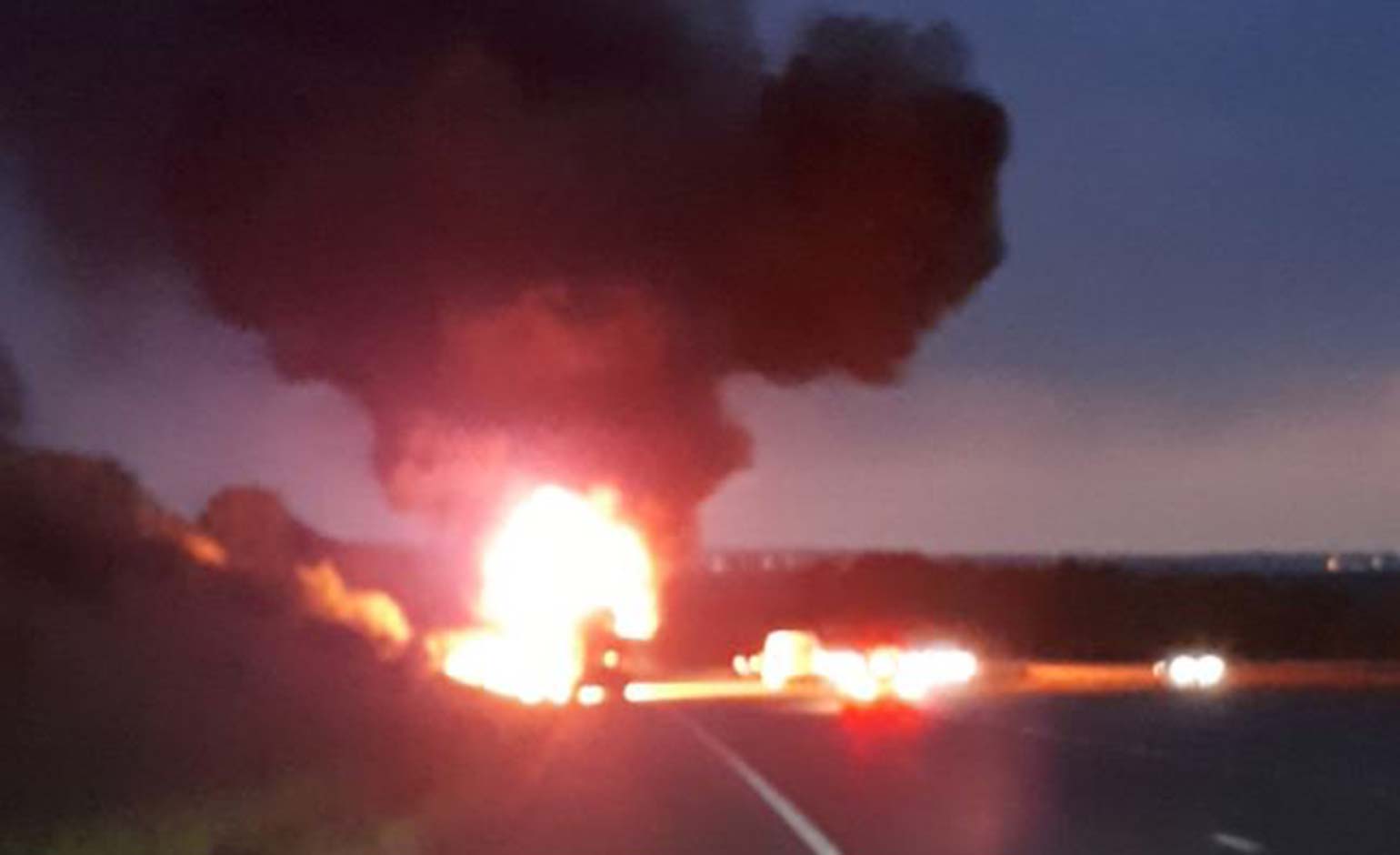 Two lanes of the M4 Westbound were initially closed as the emergency services worked to bring the fire under control, before the carriageway was closed completely for a brief period of time. 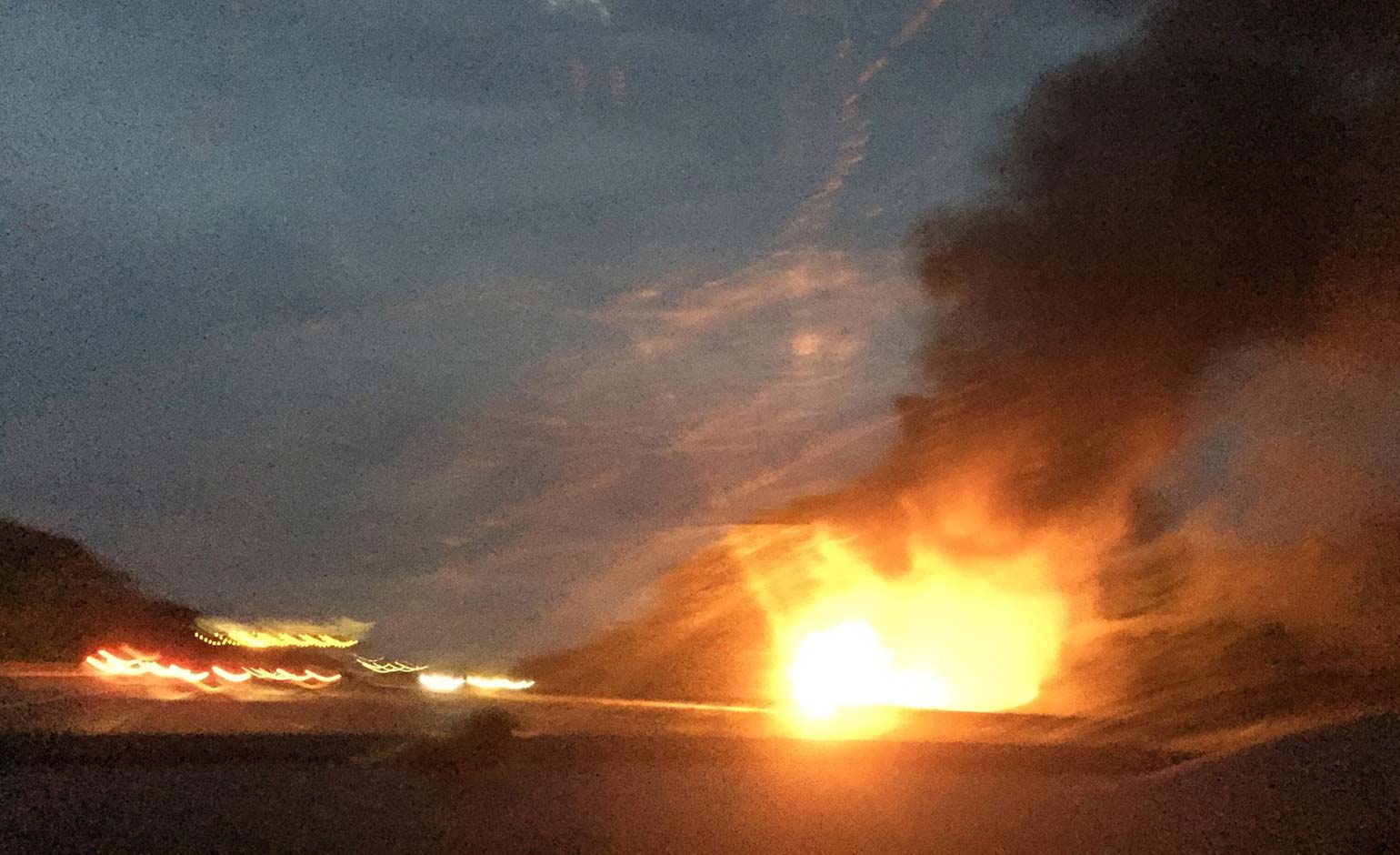 The view from the opposite carriageway | Photo courtesy of Clare Padfield

Crews from Bath’s Fire Station and Yate were sent to the scene to tackle the significant fire.

Once the blaze was out, the car transporter was fully recovered at around 2am and the road completely reopened. 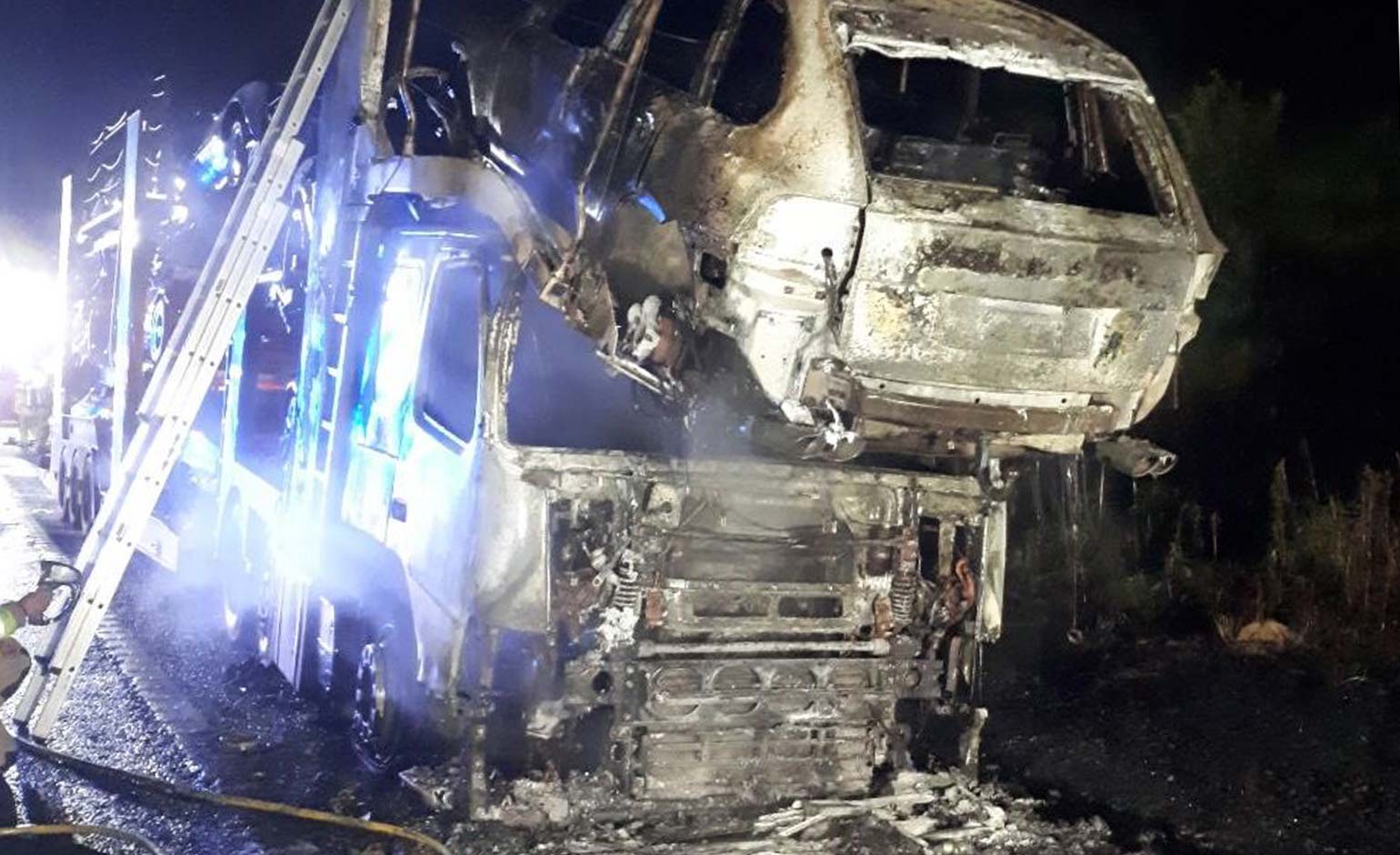 Highways England said the driver of the car transporter was unhurt.