An investigation is being launched after a boat was severely damaged by fire in Widcombe yesterday evening, Monday 4th May. 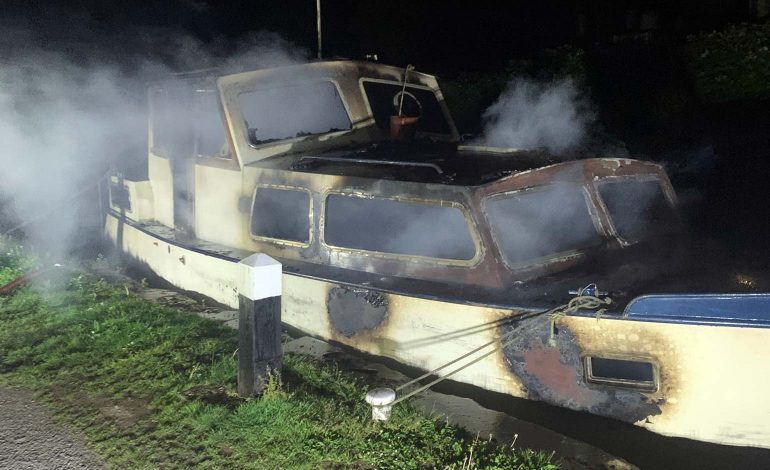 Crews from the Bath and Bedminster stations were mobilised to reports of a fire just after 10pm last night.

On arrival at the scene, firefighters found a 30ft boat well alight.

Crews used two breathing apparatus for safety and one 45mm jet to extinguish the fire.

One gas cylinder was also cooled and left safe. Avon Fire & Rescue say the cause of the blaze is currently unknown.

Fire investigation and the police are set to investigate the scene.