Police are working with Avon Fire & Rescue Service to investigate the cause of a bin room fire which led to the evacuation of around 20 homes in Bath last night, Tuesday 21st January. 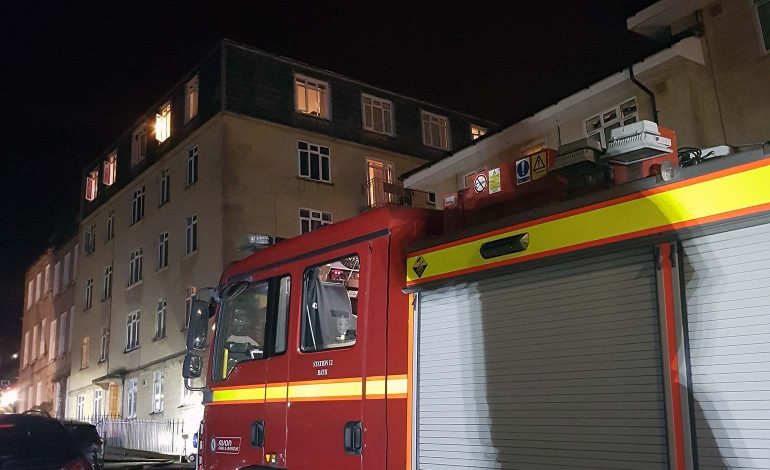 The alarm was raised at about 11pm at Phoenix House on Northampton Street in Bath.

Firefighters from Bath, Hicks Gate and Kingswood fire stations were mobilised to the scene.

The fire affected the stairwell of the five-storey block of flats causing smoke damage to communal areas.

Initial advice to residents from Avon Fire & Rescue Service’s Control was to seal doors and move to the window in their flats.

Crews later conducted a controlled evacuation of the building, following smoke logging and multiple calls to the fire service. 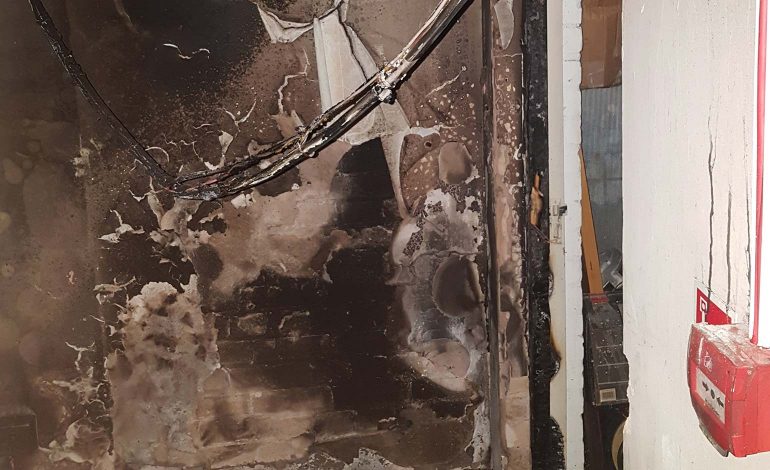 Firefighters in breathing apparatus led 25 people from the property, five of which were treated for smoke inhalation at the scene but none were conveyed to hospital

They have temporarily rehoused two people and will continue to provide support for them. Thankfully, no one appears to have been injured.

In a statement, housing association Curo, which owns Phoenix House, said: “We know this must have been a frightening incident last night for residents at Phoenix House, and we’d like to thank Avon Fire & Rescue Service for their swift response in dealing with the fire in the basement of the building.

“Residents have been able to return to their homes, and we’ll be contacting each resident individually today to find out how they are and see what we can do to support them. We’ll be carrying out building inspections today to see what needs to be done, and making any repairs that are required urgently.

“We’re working with the police and Avon Fire & Rescue to determine the cause of the fire.

“We’ll be on site all day, and encourage any resident with concerns to please come and talk to our colleagues about how we can help.  Alternatively, residents can call our Contact Team on 01225 366000.”

Fire investigators and police Crime Scene Investigators will make an examination of the building today, Wednesday 22nd January, while police carry out house-to-house and CCTV enquiries.

If you have any information which could help to establish the cause of the fire, get in touch with police through www.avonandsomerset.police.uk/contact, or call 101, quoting reference 5220016666.