Firefighters from Bath Fire Station have tackled a significant vehicle fire at the top of Lansdown Lane in Bath this afternoon, which destroyed an Audi A1. 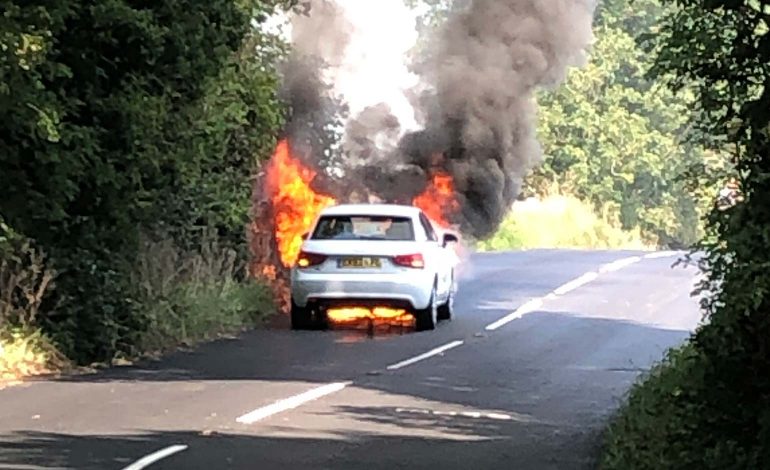 A passerby stopped to ensure the driver and their passenger were safe, before calling the emergency services.

Avon Fire & Rescue Service say they were called at 1.29pm.

Sparks and smoke were spotted coming from underneath the car shortly before the fire took hold, quickly engulfing the front of the vehicle. 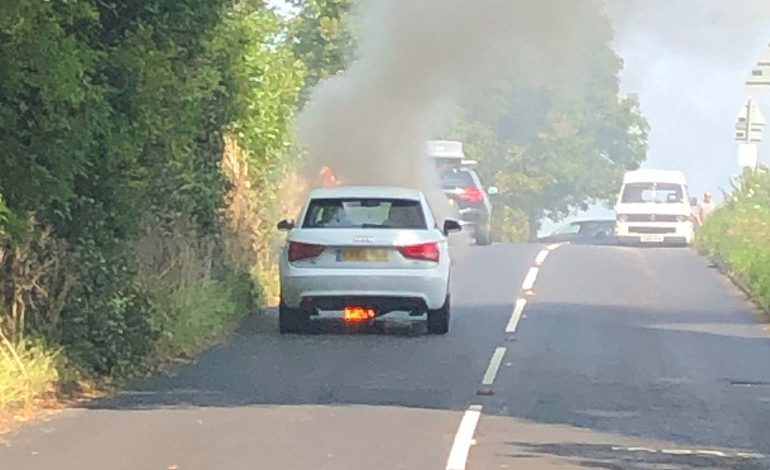 The Audi before the fire took hold | Photo © Bath Echo

The road was closed as crews worked at the scene, quickly bringing the flames under control.

Firefighters used one breathing apparatus for safety and one high-pressure hose reel to extinguish the fire. 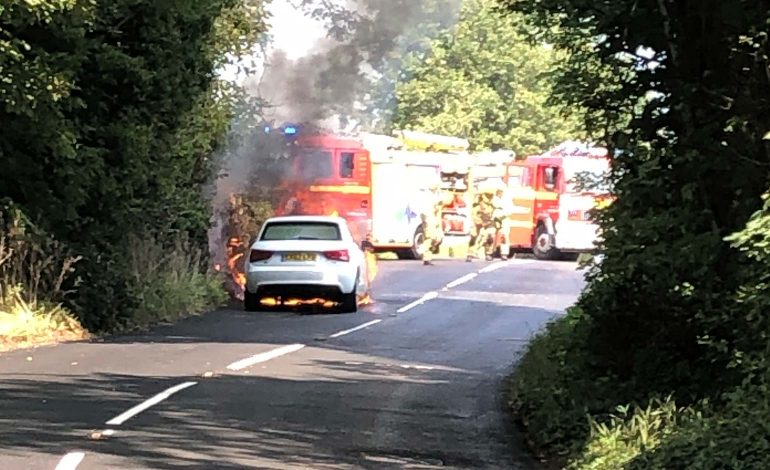 Avon Fire & Rescue say the cause is thought to be accidental.