A crew from Bath’s fire station were tasked with putting out a blaze involving two vehicles in the Lansdown area of Bath in the early hours of Tuesday morning, 8th January. 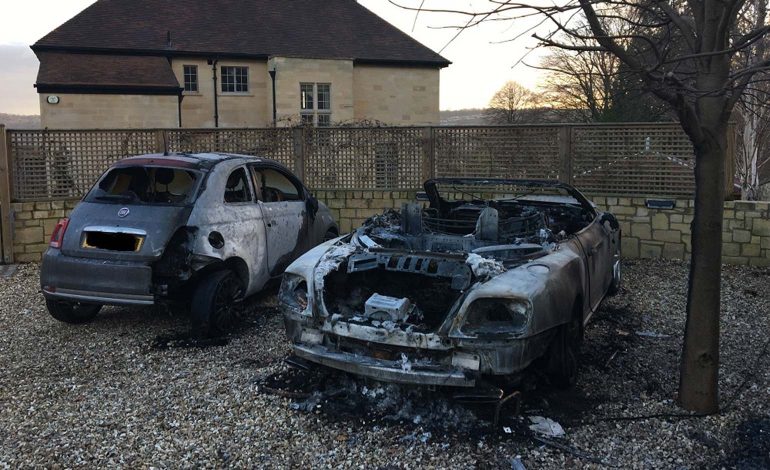 The crew were called to the fire affecting two vehicles at 12.47am on Tuesday 8th January.

One firefighter in breathing apparatus used a high-pressure hose reel to extinguish the fire, which severely damaged both cars, including a Fiat 500.

Avon Fire & Rescue have said the cause is thought to be accidental.

Crews from Bath’s fire station were also called to a fire in the chimney of a commercial property used as a residential dwelling in Shipham, near Winscombe, on Monday afternoon, 7th January.

Firefighters from Bath and Winscombe were joined by two crews from Devon and Somerset Fire and Rescue Service. 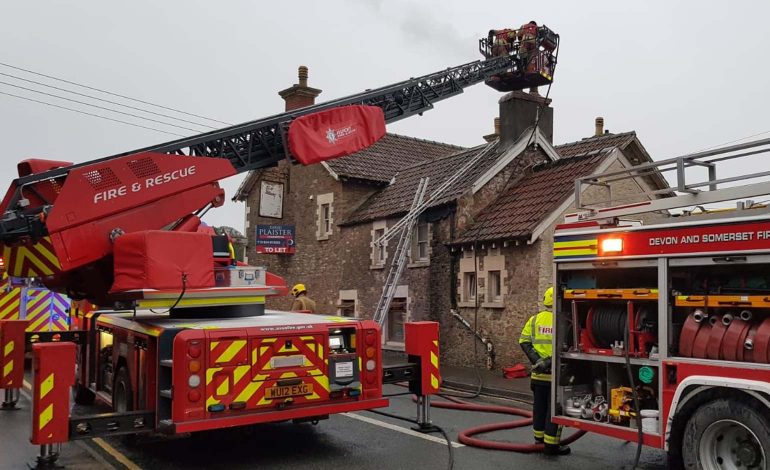 Two firefighters in breathing apparatus used two high-pressure hose reels to extinguish the fire, that was caused by a log burner on the ground floor.

Firefighters also used thermal imaging cameras to check for hotspots, a turntable ladder and a gas detection monitor, with damage confined to the chimney.

One woman was rescued from the property and was uninjured. She did not require any further medical treatment.

The cause of the fire is also thought to be accidental.