A former cricket pavilion at the Bath Spa Sports Ground on the Lower Bristol Road has been destroyed after firefighters tackled a second blaze at the site in ten days. 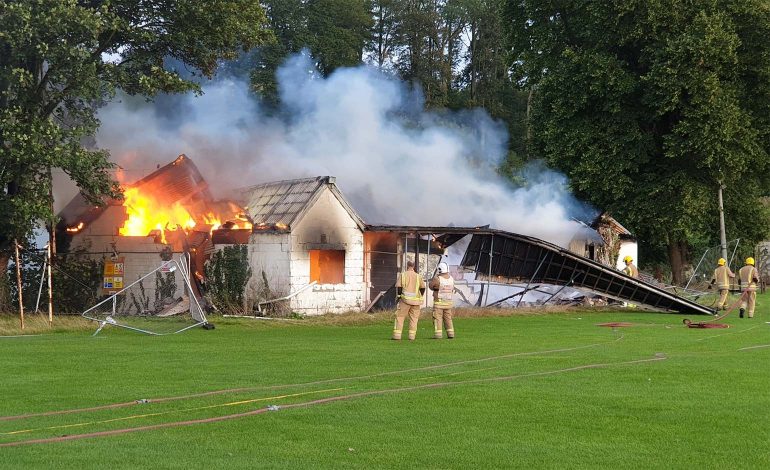 Crews from Bath, Hicks Gate, Kingswood and Temple fire stations were called at 6.57pm to reports of the fire on the Lower Bristol Road.

On arrival, crews used two 45mm jets to extinguish the fire and one breathing apparatus set for safety.

Just ten days earlier, on Thursday 8th August, crews from the Hicks Gate and Bath fire stations were called to a grass fire that was affecting the building. 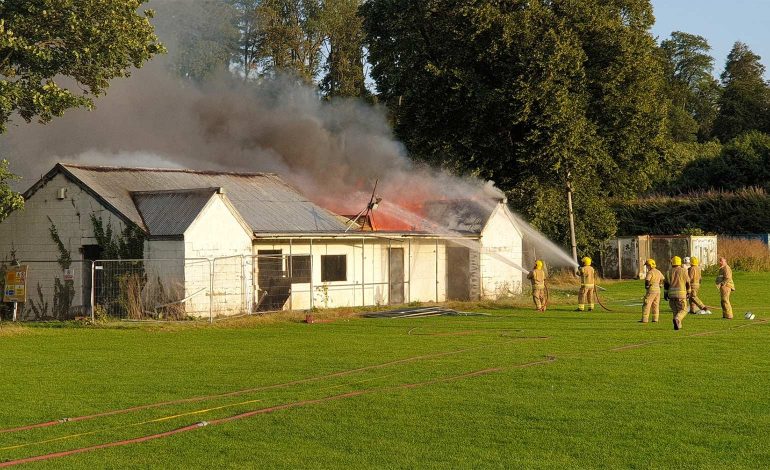 Firefighters used two breathing apparatus for safety and one high-pressure hose reel and 45mm jet to extinguish the earlier blaze. The cause of both fires is believed to be deliberate.

Bath Spa University, which now owns the site, had already installed a temporary building to replace the old cricket pavilion, which was condemned due to subsidence.