A University of Bath student has received a prestigious award from the Civil Engineering Contractors Association for his outstanding performance during a placement year as part of his degree. 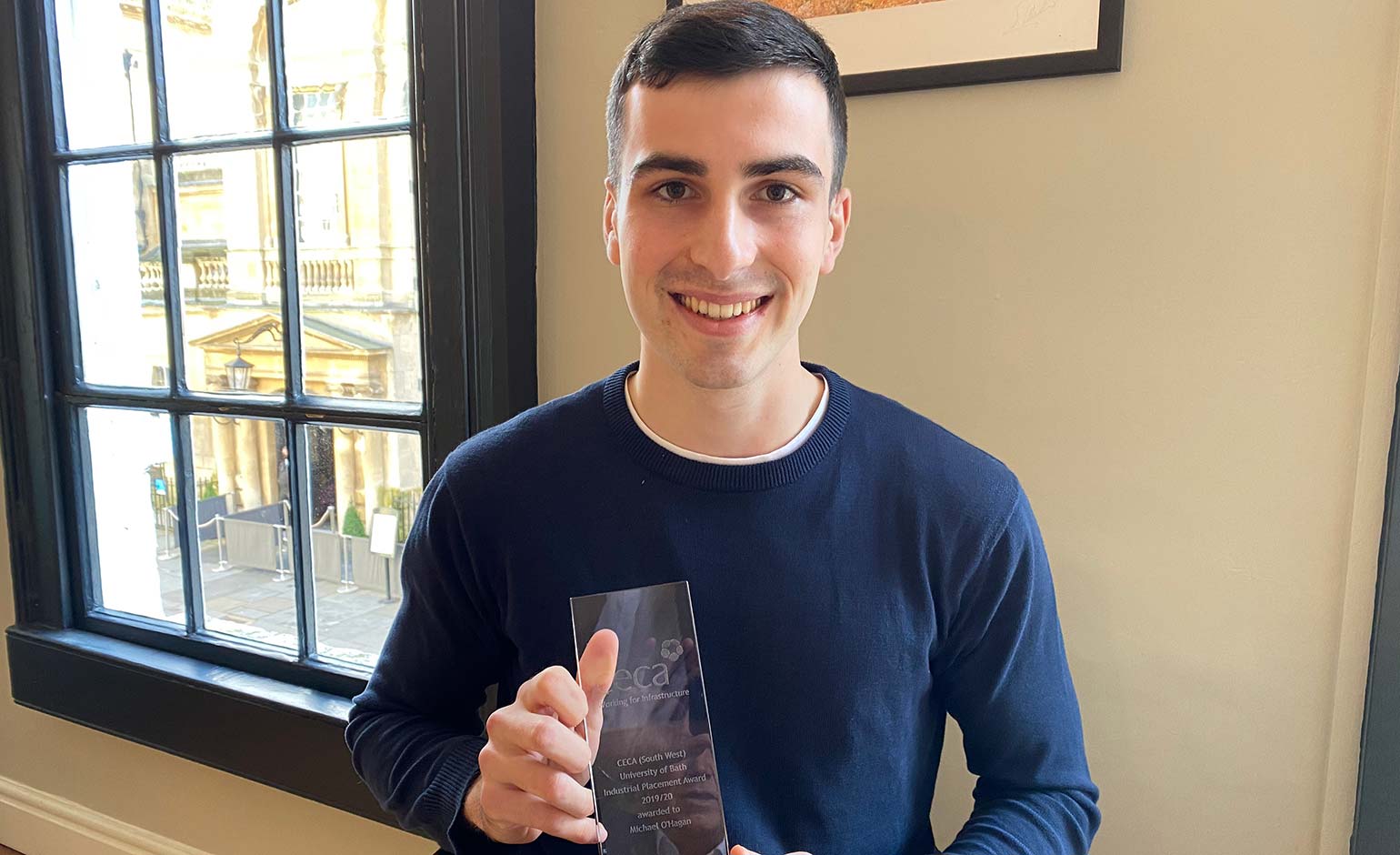 Michael O’Hagan, from Bridport in Dorset, was named the top University of Bath student at the Civil Engineering Contractors Association (CECA) South West Young Achiever Awards for his achievements while working with Suttle Projects in Poole, Dorset.

He was one of five young people recognised for exceptional performance and dedication at a COVID-secure ceremony in Torquay.

During his placement year, Michael worked on a number of projects, including the Long Curtain Moat project in Portsmouth, which involved the replacement and renewal of masonry to a Napoleonic moat.

He also worked on the Langport embankment project involving around 800 linear metres of sheet piling and earthworks – the largest project in the company’s history.

Joe Paine, Managing Director at Suttle Projects, said that Michael has grown in confidence and quickly developed new skills over his placement year.

He said: “From what we have seen during his time with us, there is every indication that Michael will be very successful in his chosen career.”

Paul Santer, CECA South West Regional Director, said that the success of Michael and the other winners highlighted the current opportunities available for young people in civil engineering.

He added: “Michael has made an exceptional start to his university studies and has now successfully applied his talents in the field.

“Civil engineering needs more young people like Michael who can bring their enthusiasm and talent to our industry.

“There are lots of opportunities for young men and women across many different areas of the economy – from coastal engineering and marine projects to transportation and renewable energy.

“Indeed, many of our previous winners are now working on some of the most important infrastructure projects in the UK.”

The CECA South West Young Achiever Awards are presented annually in recognition of exceptional performance, with each winner receiving a trophy and cheque for £500.