The University of Bath has adopted a number of Climate Action Framework Principles and declared a Climate Emergency, as part of action to reduce emissions and become carbon neutral. 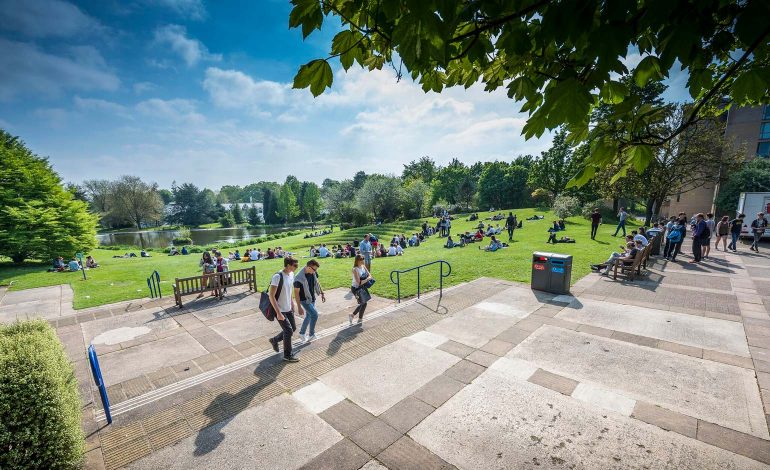 Set out within the eleven Climate Action Framework principles are a commitment to carbon neutrality in company vehicle emissions, heating, and electricity by 2030 as well as halving emissions from purchased goods and services, waste and employee commuting by the same date.

Developed with input from staff across the University, campus trade unions and the SU (students’ union), the principles will now guide how the University conducts business.

The University’s Climate Action Framework principles and climate emergency declaration were agreed by University Council at a meeting on Thursday 14th May.

Vice-Chancellor and President Professor Ian White said: “We recognise the clear scientific evidence and the need for urgent action across society to tackle dangerous, anthropogenic climate change and its impact on both humanity and biodiversity.

“By adopting eleven Climate Action Framework Principles we are backing up the declaration with commitments to action.

“I want to thank all those members of our community who have contributed to developing them so far, in particular Professor Pete Walker and the members of the Climate Action Framework working groups.

“Although we all face enormous challenges from the Covid-19 pandemic, climate change is a long-term systemic risk which the University has been engaged in addressing for many years.

“Now, however, in particular as we increase levels of activity on campus in the coming months, we will also be looking for opportunities to operate in a more sustainable way.

“Universities can have an important role to play in addressing the climate emergency, not just through restricting their own emissions and in conducting research, but also in educating students to become future leaders and innovators with the skills and experience to respond to the climate crisis.

“They also can have a key role in contributing to local, national and international responses.”

The University of Bath was the first UK university to have a Carbon Management Plan.

Despite significant growth in its estate, investing in new teaching, research and residential facilities, it has reduced its carbon emissions by 35% (against 2005 levels) and cut energy and water use by £1m.

The University now sources 100% of its purchased electricity from renewable energy suppliers as well as generating 10% itself on campus.