Scientists at the University of Bath have been awarded a grant of £1.3 million to develop a portable device to detect the street drug ‘spice’ on the spot. 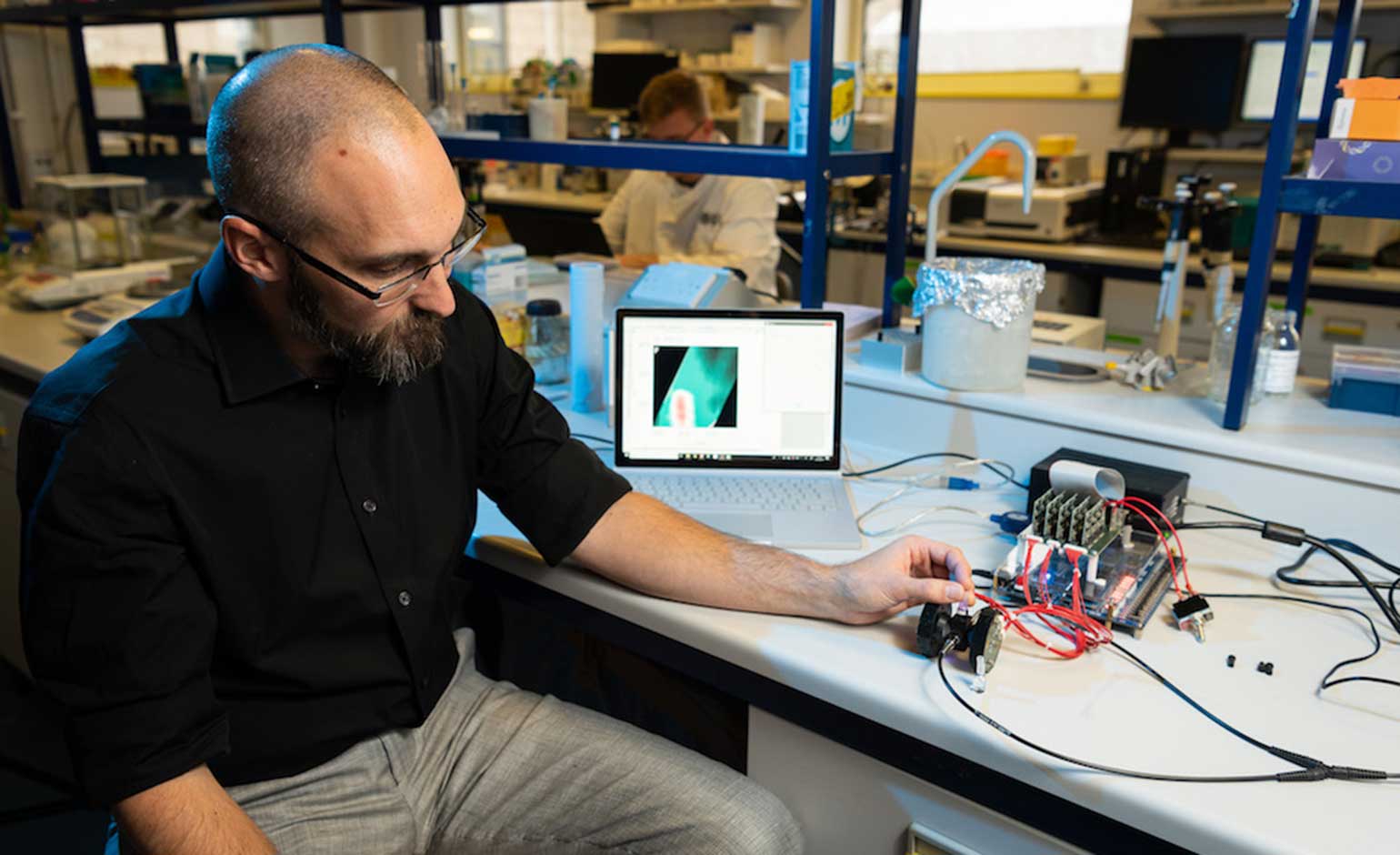 The new technology is expected to be ready for use in clinical settings, prisons and across police services within three years.

Despite the increasing problems that spice poses in Britain and other countries of the world, there is currently no point-of-care test to tell if someone has recently taken it.

At present, testing involves urine samples being sent to a laboratory for analysis, with results being available after three to seven days.

A prototype of the spice-detecting device was developed by the team in Bath in 2019. It was found to detect the drug from street material and in saliva in less than five minutes.

Dr Chris Pudney from the University’s Department of Biology & Biochemistry, and creator of the new technology, said faster testing is essential if users are to receive treatment and harm-reduction interventions.

He said: “There is no way of knowing if spice has been taken if someone presents with psychosis or intoxication symptoms that could also be due to other reasons. So we see the detection technology as a way to inform care in case of overdose.”

The Bath research team, led by Dr Pudney, will use the grant to create a simple testing solution that can be used in the field.

“We want to deliver a detection system both to raise the prospect of rapid treatment and to stem the flow of drugs in these communities.”

Also causing concern are recent reports of children ‘mistaking’ spice, a synthetic form of cannabis and classified as a Class B drug in the UK, for cannabis, resulting in multiple hospital admissions.

The detection device will be developed by a multi-disciplinary team that combines expertise in analytical/synthetic chemistry, optics engineering, artificial intelligence, harm reduction and addiction psychology.

Also involved in the research is Dr Jenny Scott from the University’s Department of Pharmacy & Pharmacology.

She said: “Drug testing and checking, which is increasing in many countries around the world and in the UK, has been shown to have an impact on drug-taking behaviour and to potentially reduce risk.

“Spice use is a particular issue in homeless communities. In the future, we hope our technology can be used to offer drug testing to spice users and to tailor harm-reduction information to these vulnerable people.

“The machines could be used in drugs services, homeless hostels and further down the line, in pharmacies.”

The researchers will base their new spice-testing technology on a cloud-hosted data analytics platform developed by a University of Bath spin-out, BLOC Labs.

“We hope to combine this technology with a deeper understanding of the communities that use spice so that we can deploy the spice-detecting technology in the most effective way possible to benefit the most vulnerable in society,” said Dr Pudney. “Our ultimate aim is to save both money and lives.”

By the end of the grant period, the group aims to start a not-for-profit social enterprise to bring their technology to the mainstream.

The group plans to roll out the full range of activities necessary to deliver the technology, including portable device design, analytical software development, chemical fingerprint libraries and the associated community pharmacy practice advice to deploy the technology effectively.

“We believe the scope and potential of our research is truly unique and presents the best chance for tackling spice use in the UK and more widely,” said Dr Pudney.