An international team of scientists led by the University of Bath have made drug-like molecules inspired by a chemical found in a tropical flower, which they hope could help to treat deadly pancreatic cancer. 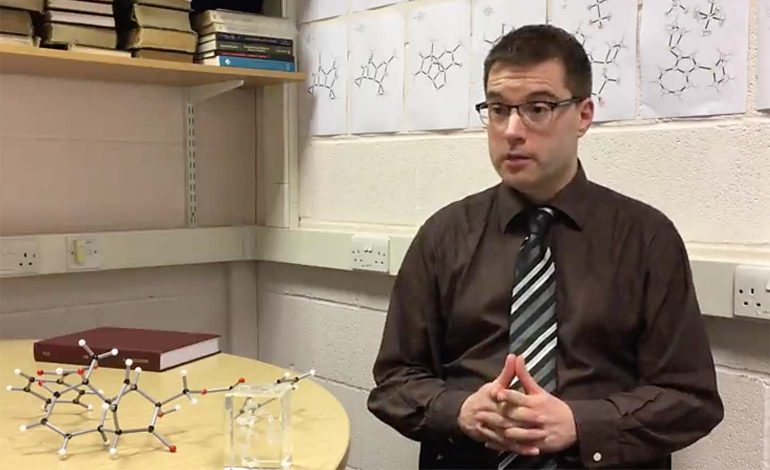 Dr Simon Lewis, Senior Lecturer in Chemistry from the University of Bath

Researchers from the University of Bath have made three new molecules similar to Grandifloracin, a chemical found in the tropical plant Uvaria grandiflora, which grows in Malaysia, Indonesia, Thailand and the Philippines.

Their study, which was done in collaboration with Professor Suresh Awale from the University of Toyama, Japan, shows that all three molecules kill pancreatic cancer cells in a petri dish.

Two of these killed the cells more effectively than the original Grandifloracin molecule.

Since pancreatic cancer causes few symptoms, many patients don’t realise they are affected until it has already spread to other organs.

Pancreatic cancer is also very difficult to treat as the tumours have resistance to many anti-cancer drugs – so these molecules could become a valuable tool in combating the condition.

Whilst this research is more than five years away from trialling new drugs in humans, the researchers say these molecules could become a promising new class of drugs for treating pancreatic cancer.

The research is published in the journal ChemMedChem.

Dr Simon Lewis, Senior Lecturer in Chemistry from the University of Bath, said: “Pancreatic cancers are especially aggressive and fast-growing, so the tumours develop faster than the blood vessels can supply nutrients to them.

“This leads to a lack of nutrients, to an extent that would kill ordinary cells, but the pancreatic cancer cells can survive these ‘austere’ conditions and keep on growing.

“The molecules we have identified are so-called ‘anti-austerity’ agents that can remove the ability of the cancer cells to tolerate these starvation conditions, so they will die, whereas ordinary cells with a normal supply of nutrients remain unaffected.”

Dr Lorenzo Caggiano, Senior Lecturer in the Medicinal Chemistry group at the University’s Department of Pharmacy & Pharmacology, said: “Through evolution, nature has developed a huge variety of active compounds to help it survive and thrive under a wide range of environmental conditions.

“These so-called natural products are of great interest in the development of new drugs and as such approximately a quarter of all medicines are derived from plants.

“As part of our ongoing research into the development of new treatments for brain cancers based on compounds found in daffodils, the research published in collaboration with Dr Lewis describes a compound also found in flowering plants that is able to selectively kill pancreatic cancer cells in a new way.

“This exciting approach could potentially lead to a new drug to treat pancreatic cancers that is more effective yet less toxic than current treatments.”