Team Bath Racing, one of the University of Bath’s student engineering teams, has won the 2020 Formula Student UK competition. 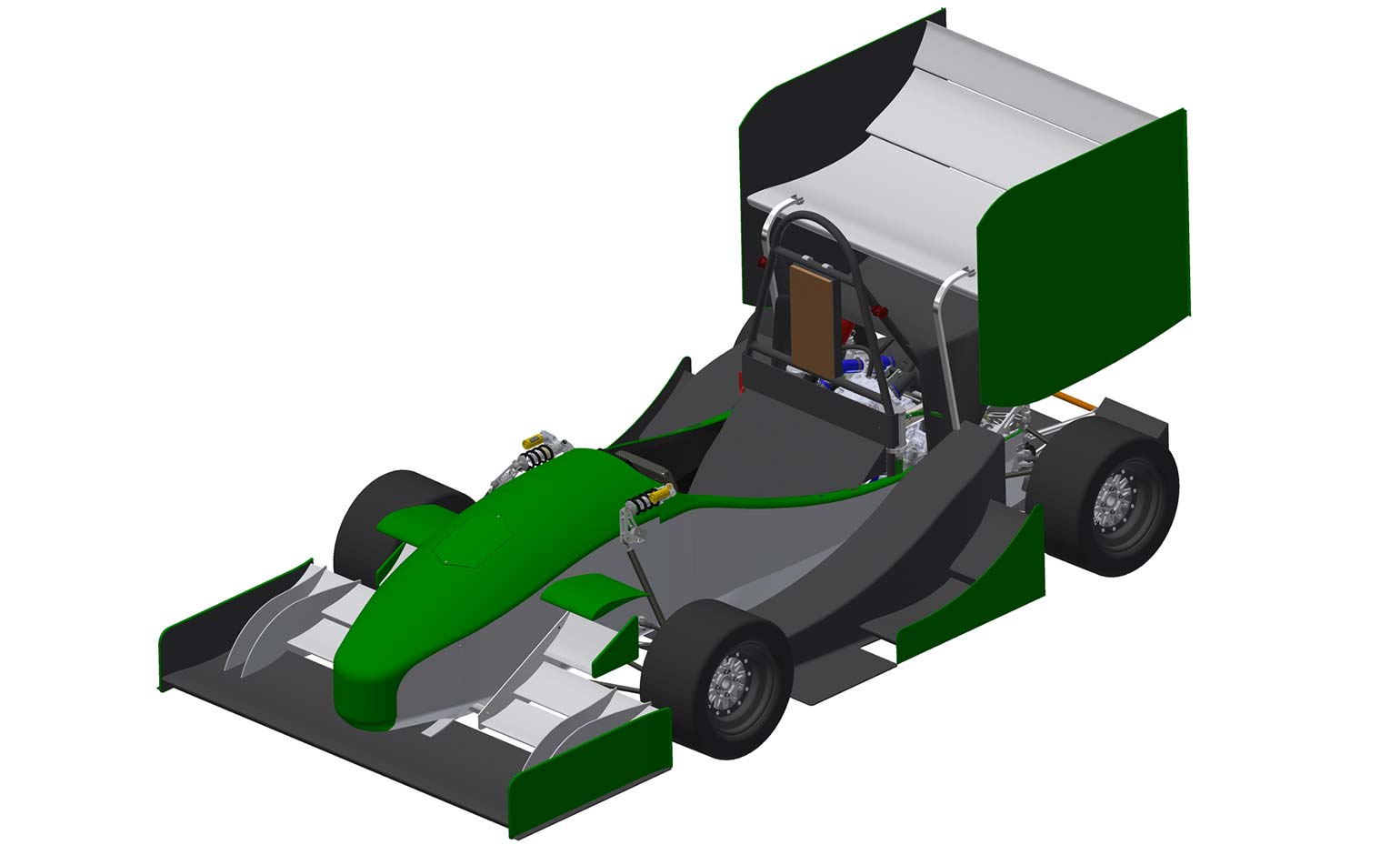 The contest, which this year was held online instead of at Silverstone, saw the racing car designed by Team Bath Racing’s (TBR) third-year students finish first among a field of more than 80 teams from universities around the world.

Members of the 24-strong team took part in a series of presentations and Q&A sessions focusing on their car’s design, cost and manufacturing, and their business plan.

As well as scoring the most points overall, they took 2nd and 4th places respectively in the design and cost and manufacturing rankings.

The Team Bath Racing Electric team (TBRe), which competes alongside TBR in a battery-powered car, placed 13th in the event.

Benjamin Jenkins, an MEng (hons) Integrated Mechanical and Electrical Engineering student and TBR’s project manager, said the team’s dedication and determination to design their car ‘from the ground up’ contributed to their success.

He said: “We’re absolutely delighted with the result and blown away to have taken first place. Every part of our car was designed by a member of the team, and we know why every decision has been made, so when the judges asked us why we’d done something, we had the answer.

“We have team members in Singapore and China, as well as Eastern Europe and the UK – so since March, we have been working across six countries and three different time zones.

“The whole team has been totally dedicated to getting the work done in time to an exceptional standard.”

The TBR car’s design was guided by a philosophy of reducing weight while seeking reliability and maximum handling performance.

Extensive use of carbon fibre helped achieve these aims – the car’s monocoque chassis, aerodynamics package and several other components were designed to be made from the lightweight material.

The car is powered by a turbocharged single-cylinder KTM motorcycle engine and features a rear-wheel steering system, a particularly challenging element for the team.

Jenkins explained: “Rear-wheel steering is quite rare as it’s difficult to get right. It allows you better low-speed turning capability and better handling at high speed. It is a special feature and really encapsulates the high-tech nature of our design.”

Like most universities that take part in Formula Student UK (FSUK), Bath normally enters final-year teams that compete on-track in cars they’ve designed and built, while third-year teams present plans for the car they aim to build the following year.

As the coronavirus lockdown prevented a physical competition being held, it was the third-year teams that took part in last weekend’s virtual competition.

The TBR team is supervised by Dr Geraint Owen and Dr Kevin Robinson, who are both senior lecturers in Bath’s Department of Mechanical Engineering.

Dr Owen said: “This is a great achievement. We are always proud of what our students achieve, but given the difficulties with what has gone on this year, we should be especially so.

“The third-year students have been very organised and the obstacles in their path haven’t thrown them off course at all. They have designed an exceptional car that was rightly praised by the judges.