The University of Bath is to build on the successes of its racing teams and become the first institution to enter all of the electric, autonomous and combustion engine classes of Formula Student UK. 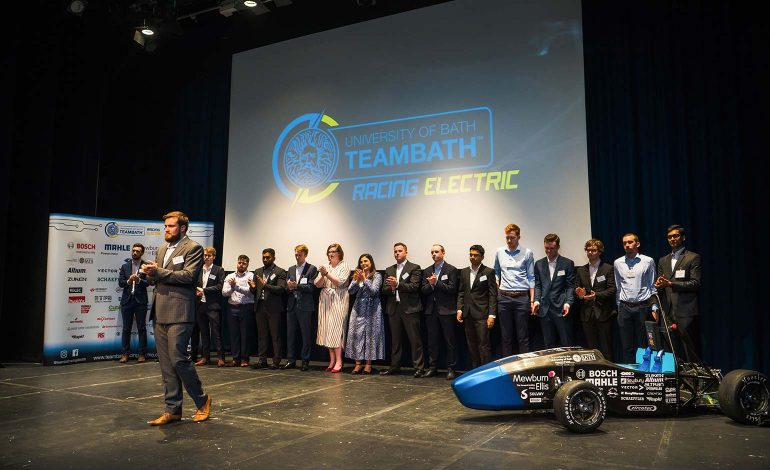 Student engineers from Bath have designed, built and programmed a self-driving car to compete in the Formula Student Artificial Intelligence contest against teams from five other UK universities.

Team Bath Racing Electric (TBRe) will run the new autonomous vehicle alongside its latest electric racer, while the combustion engine car from Team Bath Racing (TBR) will complete the trio of Bath entries into Formula Student UK, which takes place from 17th-21st July at Silverstone.

The teams, made up of students from the University’s Faculty of Engineering & Design, have for the first time joined with students from Computer Science degree courses, who are developing the car’s autonomous driving software.

Formula Student, run by the Institution of Mechanical Engineers (IMechE), is Europe’s most established educational motorsport competition and tests students’ skills in engineering, design and construction of a racing car, as well their ability to raise funding, develop a business case and race at world-class circuits. 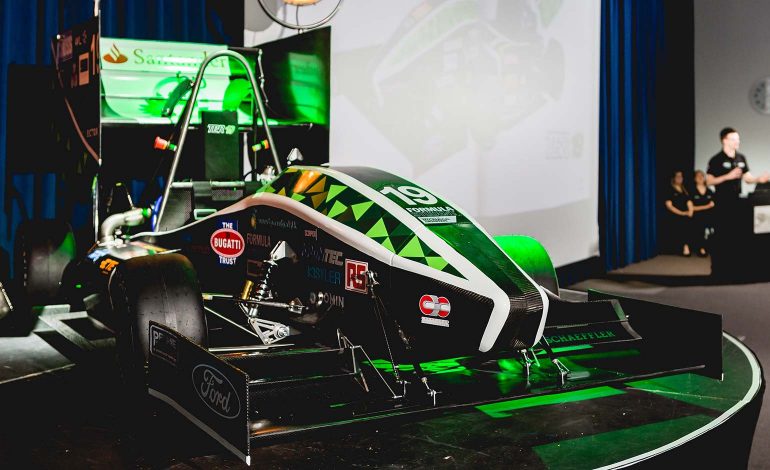 During the event, the autonomous vehicles will be put through their paces in a series of racing challenges and ‘static’ tests where students will be asked to consider autonomous driving scenarios that the self-driving cars of the future will have to negotiate.

The TBRe autonomous team could have chosen to develop a prototype car supplied by Formula Student, but they have instead opted to create their car entirely in-house, using last year’s TBRe car as a base to work from – adding the necessary sensors and hardware, removing the driver’s cockpit and remodelling the bodywork.

TBRe Project Manager, Kieran Shopland, said: “The whole team is extremely excited to see what we can achieve this summer. We’ve combined the reliability of last year’s car with a significant mass reduction to give what we believe could be a winning combination.

“With sights set on the top 10 at this year’s UK event, there is significant optimisation through testing to be done prior to the competition but we are all eager to continue working on this in order to achieve our goals.”

“After such hard work from all of the team over the last 18 months, we can’t wait to start our summer testing programme and go racing.

“We’ll be heading off to events in the UK, Austria and Germany and we know that some high quality preparation beforehand will give us the best chance of bringing home some silverware.”

The TBR and TBRe teams have pedigree in the competition, with past successes including TBR becoming the first UK team to win a Formula Student event in 2016 and achieving a ranking of 6th in the world out of over 500 teams, and TBRe taking first place among the UK electric teams at Silverstone in the past two years.

The teams have also both represented UK engineering overseas, with TBR competing at Formula Student (FS) events in Hungary and Austria, and TBRe taking part in the FS Electric China competition for the first time in 2018.

This year TBR will compete overseas in Austria and Germany, while TBRe will take part in FS Spain.