Schoolchildren across Bath celebrated Clean Air Day on Thursday 16th June with giant signs, flyers and posters and called for action to be taken to improve the environment. 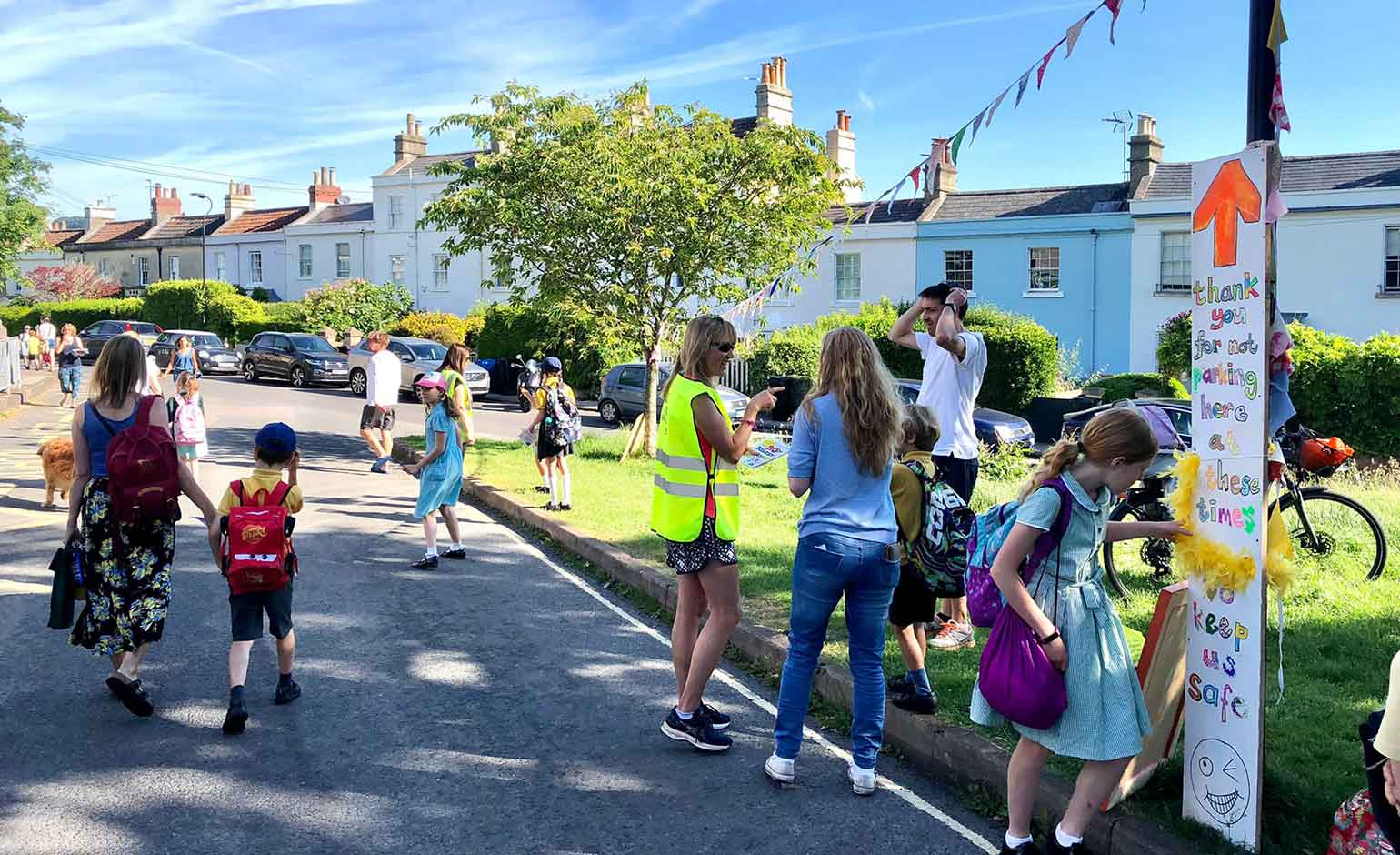 Children at St Stephen’s School marked the campaign with signs and flyers to show how much the school community needs clean air and traffic-free streets near the school gates.

Pauline Harris from community action group FACE (Families Acting on Climate Emergency) said: “Children and young people get very little say in what happens in their local area, but they are the ones most affected by dirty air and cars taking up too much space in our city.

“Older generations can stick up for them and help make their voices heard along with the voices of drivers who dominate the conversation.”

Every child at Oldfield Park Junior School was given the chance to make their views known to local councillors during a Clean Air Day assembly. 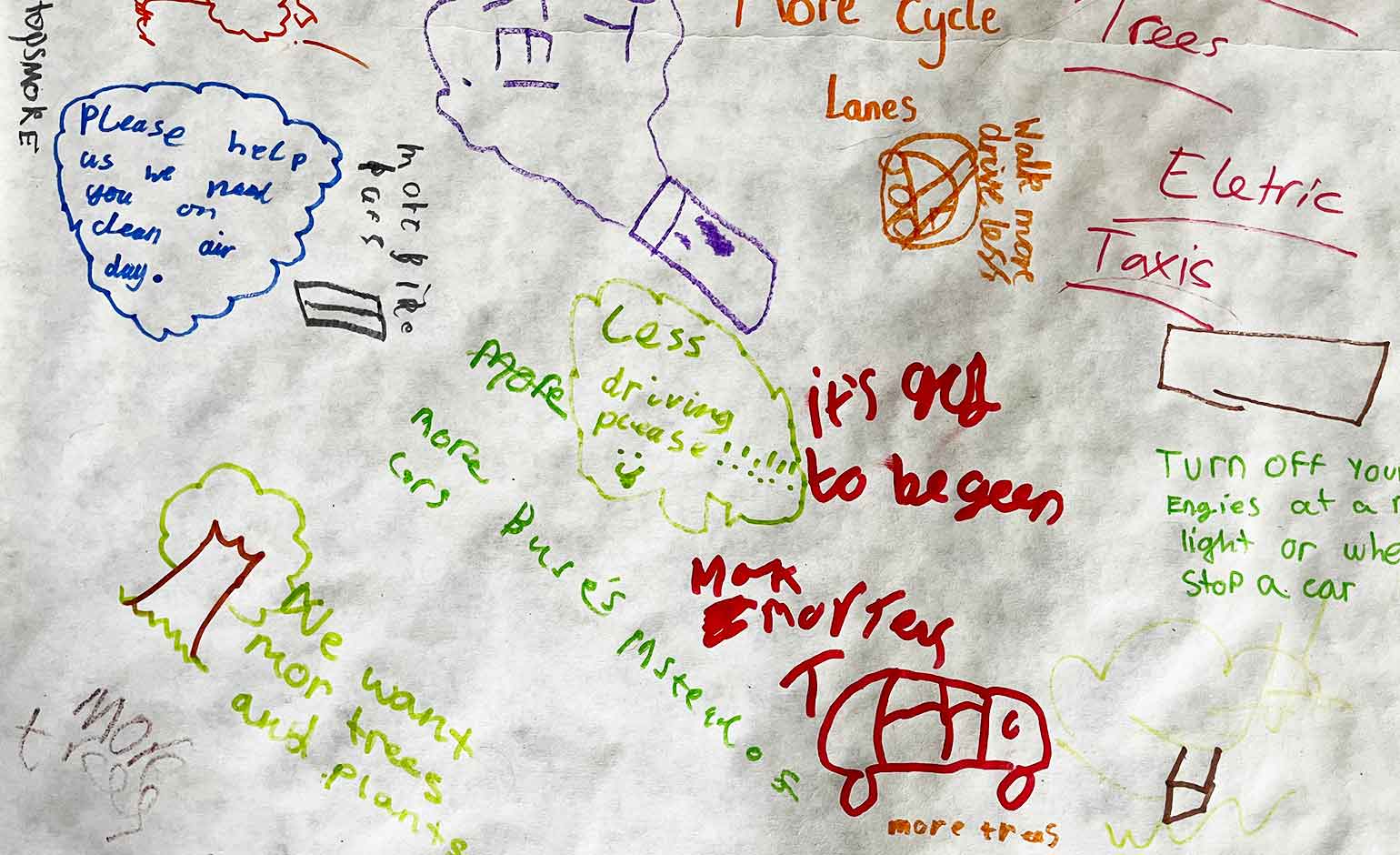 One of the posters created during the campaign

Children wrote and drew their messages on large posters. Their wishes included “more walking paths to schools which are safe”, “better pavements” and “cheaper public transport”.

Headteacher Dave Goucher said: “At OPJS we know how important walking, cycling and scooting to school is for children’s health and wellbeing. Today our children sent a very clear message that they want cleaner air and safer streets.”

Widcombe Infant and Junior Schools both had Clean Air Day assemblies. Children on the Infant School Council have written to B&NES Council asking them to take action on pollution and some classes designed anti-idling stickers to go in their parents’ cars.

At the Junior School, pupils wrote individual pledges for their clean air action. Parents at both schools signed a letter to B&NES Council expressing their concern about air pollution and supporting urgent action to improve local air quality.

At Bathampton Primary School, children in several year groups talked about air pollution, what causes it, and why it’s a problem.

Year 5 children counted vehicles coming over the canal bridge and Year 2 children designed posters to show what they had learned about why air pollution is harmful.

Saskia Heijltjes, parent and Bicycle Mayor of Bath, said: “Children are not often asked for their opinion, but when we do ask them they tell us that they want to walk, scoot or cycle to school and that they want the roads to be safer and the air to be cleaner.”