A researcher from the University of Bath has won the ‘Emerging Technologies’ competition, in recognition of her breakthrough work making vaccines safer for children around the globe. 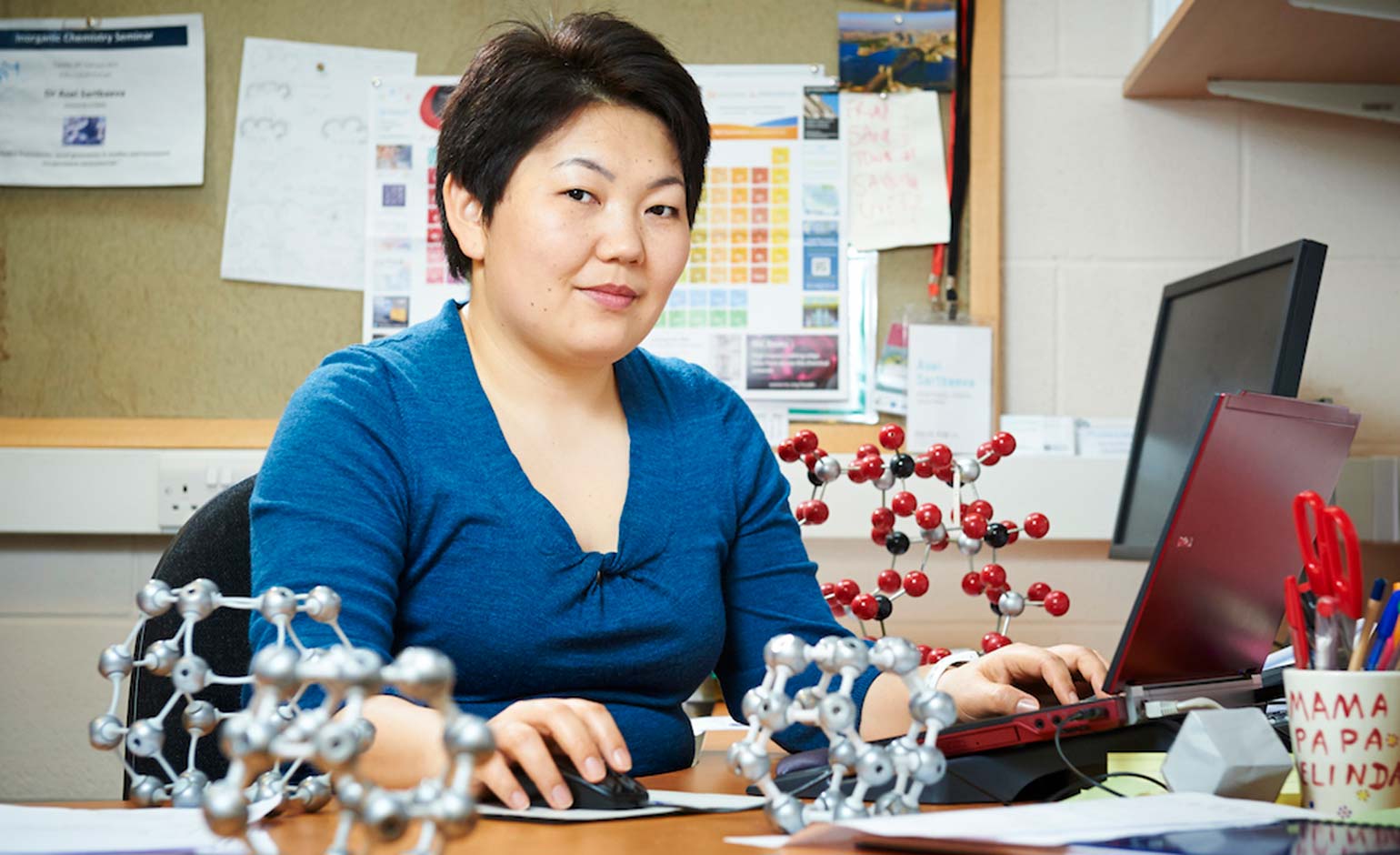 Dr Asel Sartbaeva from the Department of Chemistry and her team have devised a system called ensilication, which is designed to keep vaccines stable in all temperatures.

Ensilicated vaccines can be transported and stored without refrigeration, and do not degrade even when heated to 100°C or stored for up to three years.

The potential benefits for communities living in developing countries, where refrigeration may be in short supply, are immense.

It’s thought that an extra 2-million people every year will be saved from vaccine-preventable diseases, once her technology has made it into the public domain.

Dr Sartbaeva was one of 23 scientists to be shortlisted for four Royal Society of Chemistry (RSC) prizes.

The annual competition, which now celebrates its eighth year, is open to companies and academics who are eager to commercialise their technologies to make a global impact.

Dr Sartbaeva, who won the prize in the ‘Health’ category, said: “I’m delighted to have won. Because it was all virtual this year, I was very nervous beforehand, so I spent a lot of time preparing for the pitch.

“The other finalists did a great job with their pitches and their technologies were very interesting. When the judges announced that we had won, I felt elated. I didn’t stop smiling for days.”

She added: “This win means a lot not just for me but for all in our team. Having recognition from the RSC is really important – it will help us connect with vaccine manufacturers to build new partnerships, which is what we need right now.

“I am very grateful to the RSC and I look forward to the mentorship they will provide to us as part of the award.”

In a statement, the RSC said the technology that was brought to their attention by the competition’s finalists this year represents some of “the most novel, innovative and promising chemistry technologies across Europe.”

Paul Ellis, head of Scouting and Partnerships, Research and Development at Walgreens Boots Alliance, and a competition judge in the Health category, said: “As a panel we were seriously impressed with the quality of all the finalists, however we were unanimous that there was only one winner.

“It was clear that the use of the University of Bath’s technology to make vaccines stable without refrigeration has massive potential across the world.

“The proposition was well thought through from both a scientific and commercial point of view and it is a very exciting technology.”

Other categories in the competition were ‘Enabling Technologies’, ‘Energy & Environment’ and ‘Food & Drink’. The winners each receive £20,000 in prize money, as well as 12 months’ one-on-one support from a specially assigned RSC mentor, and a further £20,000 available as a business acceleration grant.