Land worth £1.9 million is set to be sold off for just £1 to allow a new energy-efficient primary school to be built in Keynsham. 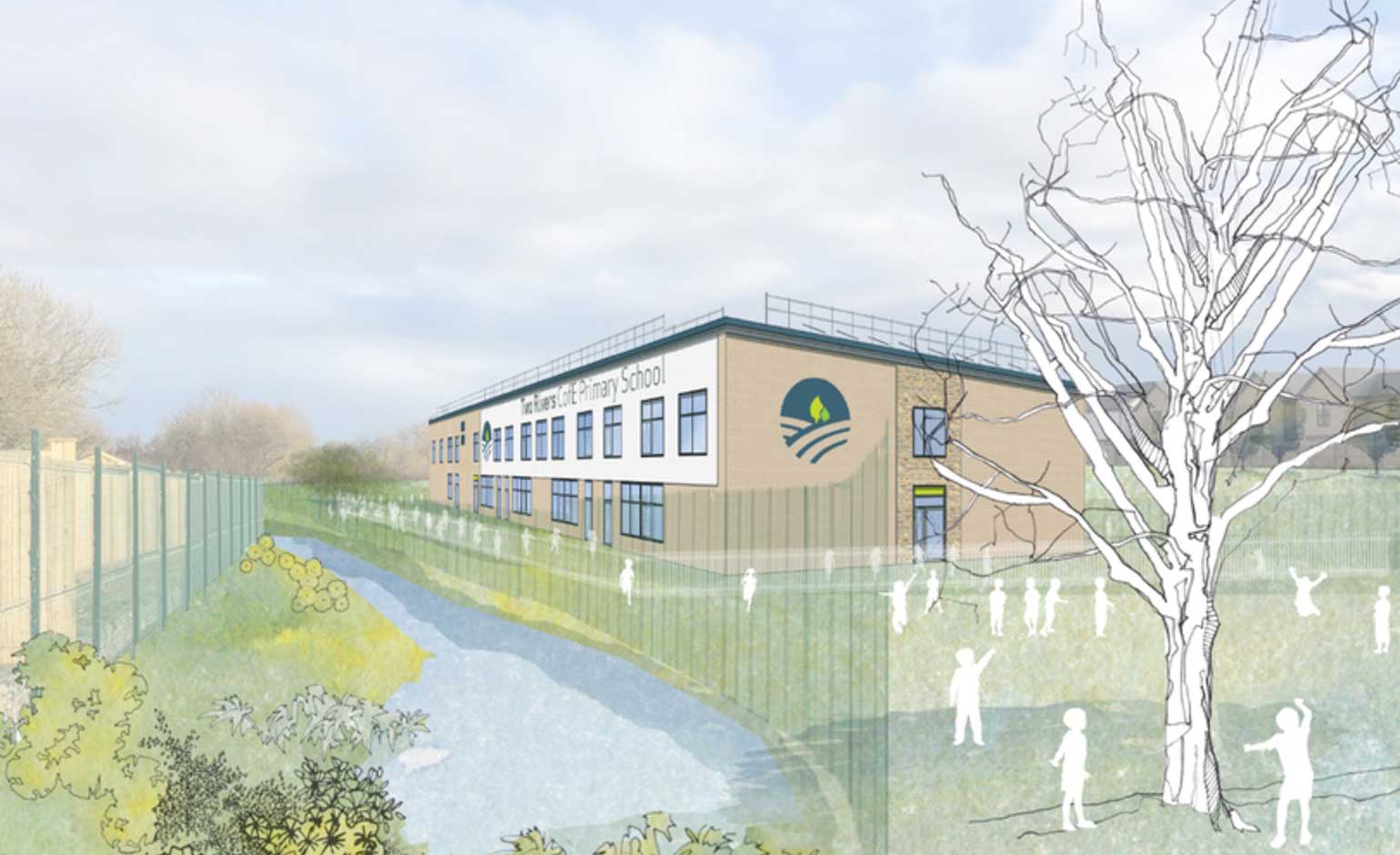 Bath and North East Somerset Council is already backing the new Two Rivers School to the tune of £1.5 million to help it achieve the sought-after Passivhaus Plus standard.

If the council does not transfer the 1.2-hectare site in the Hygge Park development by 18th June, the Department for Education will be unable to award the building contract and there will be a significant risk that it will not be ready for the September 2022 intake.

Plans for the Church of England school – double the size of the one originally planned in 2016 – were unveiled in January and approved by council officers last month.

It will be operated by the Wellsway Multi-Academy Trust. Pupils are currently being taught in purpose-built temporary accommodation at Wellsway School, IKB Academy, Chandag Infants and Chandag Juniors.

The notice for a decision due to be signed off by council cabinet members Dine Romero and Richard Samuel after 8th June says: “It is proposed to transfer the site to the DfE for £1, reflecting the community benefit of much needed pupil places.

“Delivery of the school infrastructure will be centrally funded by the DfE and the council will not be required to meet the cost of building a new school.

“The use of the site will be restricted and will revert to the council at a peppercorn rate should the site no longer be used for a primary school.”

The notice says the land’s £1.9 million market value would be cut to £1.24 million if the council restricted the use to a primary school.

The council bought the land for £1.44 million using developers’ contributions after approving the 250 homes at Hygge Park, 100 homes off Parkhouse Lane and another 100 off Charlton Road.

The housing growth is driving the need for the new school.

Praising the project at February’s full council meeting, Keynsham East’s Councillor Andy Wait said: “B&NES Council has given extra funding of up to £1.5 million to the new Two Rivers Primary School so that it can obtain the certification of Passivhaus Plus. This means the building has to be extremely energy efficient.

“It must produce as much energy as its occupants consume.

“The power generated must come from renewable sources and provide enough energy to operate the building throughout the whole year.

“B&NES funding has made this possible by using the most, up to date, green technologies. The building will have a Thermos flask effect, making it cool in the summer and warm in the winter.

“The school’s curriculum has an outdoors philosophy, with woodland areas and a natural stream running through the grounds, taking learning beyond the classroom.

“There are also cycling and walking routes to the school and a great deal of cycle storage for pupils and teachers.

“I commend this council for investing in young people in the most difficult of times, ensuring that our future generations will know exactly what it is like to live in a carbon neutral environment.”