Over 100 Year 7 pupils and staff from King Edward’s School in Bath are taking part in a reverse advent this Christmas in aid of local charity Julian House. 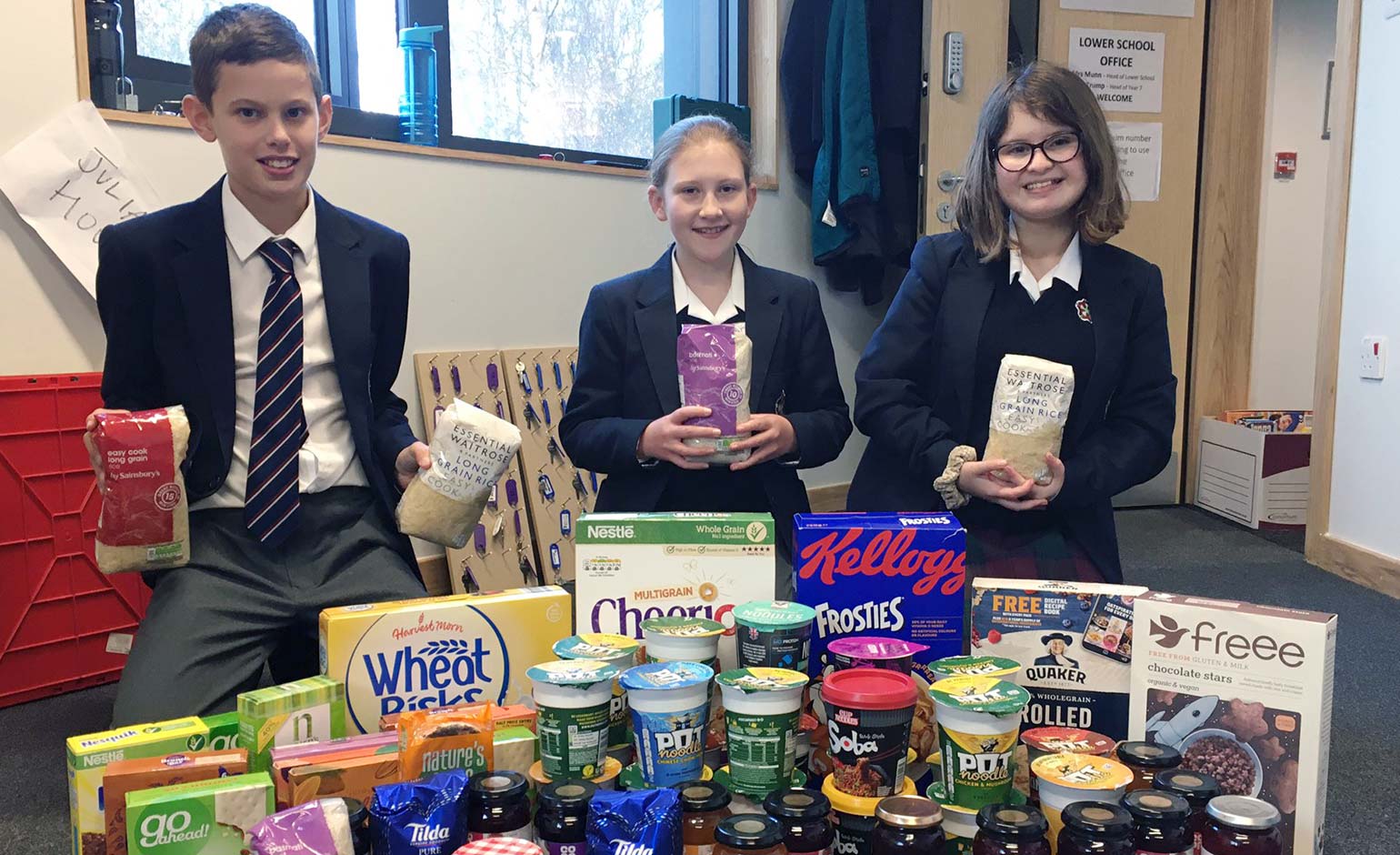 In the run-up to Christmas, each pupil is donating a selection of foodstuffs from cereals and biscuits to tea and coffee, to help Julian House in its efforts to support vulnerable and at-risk individuals this Christmas.

Commenting on the initiative, Jess Gay, Senior Community and Events Fundraiser at Julian House, said: ‘We’d like to say a big thank you to everyone from King Edward’s who has donated to and supported this initiative.

“The food donated will help provide meals for the many men and women in our hostel over winter. It really does make a difference.

“Due to COVID and the lack of storage space in our services, we worked closely with King Edward’s to devise a list of items that we really needed.

“They also donated each week rather than in bulk, which really helped reduce congestion. Thank you again to the pupils and the school for being so supportive at such a difficult time.’

William from Year 7, who donated items, said: ‘It’s incredible how doing something so easy as bringing in one item, can help so many others. It takes so little to make such a big difference.’

In addition to collecting items for Julian House, pupils at the Senior School are also donating items to the Salvation Army Christmas Present Appeal, collecting sweet Christmas treats, decorative items and gifts and toys for children.

Plans for 330-bed student development to be repurposed as “aparthotel”