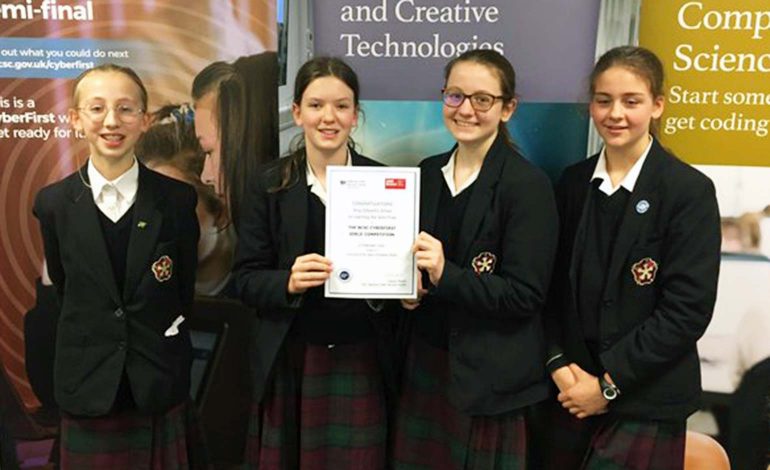 The win has secured the team a place in the UK National final in March.

Aiming to boost interest in cybersecurity among females, who are currently under-represented in the industry, nearly 12,000 girls have taken part in this year’s contest.

The KES team headed to the regional final at the University of the West of England on Saturday, where they pitted their cyber skills against 27 other teams to solve a series of online puzzles.

As the day unfolded, a leaderboard kept track of all the teams’ results.

The KES team regained first place in the last 30 minutes of the competition, and they were duly crowned regional champions.

Ahead of the regional final, Chris Ensor, NCSC Deputy Director for Skills and Growth, said: “It’s great to see girls from all corners of the UK putting their computing and cyber security skills to the test, and I wish them all the best of luck in this round of the competition.

“Whether they progress to the final or not, hopefully many of the girls will be inspired to find out more about cyber security and pursue their interest in this exciting field.”

The KES team were accompanied to the South West heat by Mrs James from the School’s Computing and ICT department and Dr Wainer from the Maths department.

Commenting on the day’s activity, Dr Wainer said: “We are so incredibly proud of the girls and what they have been able to achieve.

“They threw themselves into this competition with a passion and it is a testament to their hard work that they have done so well. Out of the 100s of teams taking part, they now join nine other school teams in the final in March.”