The production of palm oil should be made more sustainable while work continues to create a synthetic replacement, researchers at the University of Bath have warned. 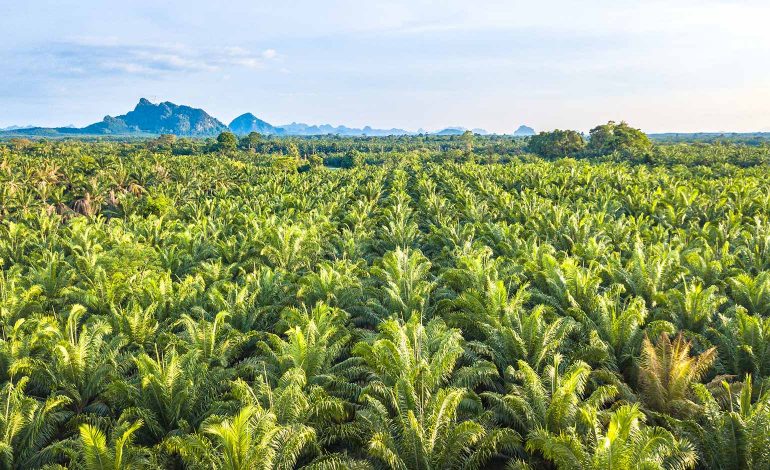 Efforts to create synthetic replacements for palm oil are still likely to take several years, so immediate attention should be focused on making the existing production process more sustainable, researchers at the University of Bath’s Centre for Integrated Bioprocessing Research (CIBR) and Centre for Sustainable Circular Technologies (CSCT) have found.

Palm oil production has long been criticised for its environmental impact through deforestation and despite a strong environmental case for curtailing the industry, at present none of the existing alternative products would be economically or environmentally viable at scale, state the authors Dr Sophie Parsons, Prof Chris Chuck and Dr Sofia Raikova.

Their research paper, The viability and desirability of replacing palm oil, published in Nature Sustainability, finds that despite the strong case to reduce farming of oil palm, in the short term efforts must focus on making the process more sustainable, rather than replacing it.

Efforts to synthesise an alternative are underway and have received significant investment, but these are likely to take several years to bear fruit.

Because of this, the team is calling on governments and industry players to work together to make current production more sustainable while synthetic alternatives are developed.

Professor Chris Chuck said: “Palm oil is the most widely used land-grown oil crop, and expansion in the market over the past few decades has led to increases in greenhouse gas emissions and the loss of biodiverse tropical forest areas to farming.

“Whilst action is being taken to improve the sustainability of palm oil cultivation it is not happening as effectively or quickly as it needs to.”

Dr Sophie Parsons added: “Palm oil is challenging to replace as a product because it is very versatile – it is used in a wide range of cooking, food and other consumer goods products, as well as fuels – but it’s also cheap to produce compared to the alternatives.

“While they may be able to play a role in replacing palm oil, large scale replacement with alternative crop oils such as sunflower, rapeseed, or exotic oils like coconut oil and shea butter presents significant sustainability and technical challenges.

“The only viable large-scale direct replacements are single cell oils from algae or yeast, but these require significant further development before being economically viable.

“Governments in producing countries and industry should be working together closely to reduce the impact of the industry while synthetic alternatives are developed for the sake of our climate.”

The suite of measures they recommend to reduce the impact of production include empowering the existing Roundtable on Sustainable Palm Oil (RSPO) scheme to take effective enforcement action where needed, supporting through policy increased demand for Certified Sustainable Palm Oil (CSPO), which at present accounts for only 19% of global production, and ensuring local rules prevent further expansion of farming into ecologically-valuable land.

Other measures include implementing certification of plantations and mills, and better managing wastage in the production process.

The team is currently working to understand the lowest theoretical cost of a microbial oil, and the further technological development that would need to be created to produce a competitive alternative to palm oil.

They aim to publish this research later in 2020.